War against Covid-19: Role of Media 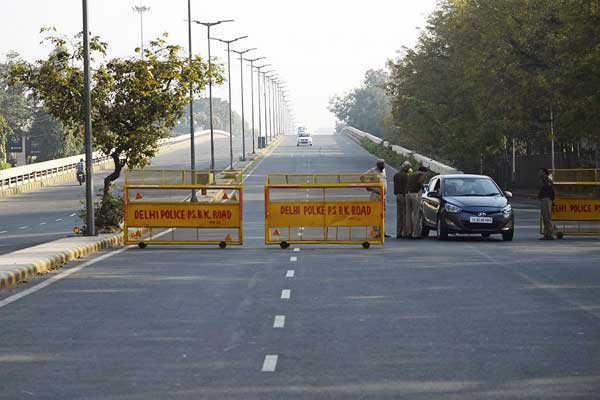 Late Army Chief BC Joshi often told me that media is a force multiplier, he was of course talking in context of the ongoing insurgency in Kashmir. I had a firsthand experience of the power of media and havoc it can bring about in October 1993. I was in Srinagar during the siege of Hazaratbal shrine. Those were the days when radio was the main source of information and people in the valley regularly listened to the BBC for authentic news.

On 21 October 1993 the local BBC correspondent filed a false report that the Hazaratbal shrine was on fire! When in reality only a small shed next to the shrine had caught fire. But the news spread like wild fire and led to an attack on BSF convoy near Bijbehara next day. In the retaliatory self defence firing over 37 people lost their lives! At that time I was on BBC panel of South Asia experts and thanks to the help of HQ 15 corps desperately tried to contact BBC to counter this false news, but to no avail.

The reason to recount this sordid episode is to underline the negative role media can play. In recent happenings in Mumbai where a mob of migrant workers collected at Bandra station defying curfew, showed the kind of power that media has. Just a couple of days ago, a whats app message mischief led to the lynching of three innocent Sadhus near Mumbai.

One understands that censorship of any kind can be counterproductive (see the example of China) but that does not mean we permit misuse of social media. Shouting fire in a crowded hall is not freedom of speech but subversion! The social media users who are using the freedom to spread rumours must be dealt not under censorship rules but under the law governing incitement to murder!

But besides the social media there is also the ongoing mischief by international media as far as India is concerned. Ever since the corona virus has hit the world the news cycle has nothing else but updates on the pandemic. In the initial stages Indian and world media highlighted ‘studies’ by some Western universities that predicted millions of deaths as far as India is concerned (a RAND Corp book ‘the year 2000’ co- authored by redoubtable Herman Kahn, talked of food riots in India while India in 2020 has buffer close to six months consumption food grains). The same institutes also predicted a minimum of 150000 deaths in the US as the lower end.

While the US seems to have been inching towards that figure, currently death toll is close to 42 000 while the daily toll exceeds 1400. In contrast to this, Indian that has four times the population of the US the cumulative death toll has been close to 600 while the daily toll is still in double figures! We need to brush aside these predictions with contempt they deserve.

The first cry from the Western media was that India’s infection rate is lower as India has not done much testing. That is indeed true, but tests or no tests, the death rate is indeed on the lower side till now. Some in media made snide remarks that deaths are not being reported or kept hidden!

The Indian reality is that unless one can produce death certificate one cannot carry out cremations/burials in India at least in urban areas. Since by all accounts the Covid 19 is still largely an urban phenomena, this objection holds no water.

As a teen ager, I have been through the 1957-58 flue pandemic. The 1957–58 influenza pandemic, also known as Asian flu, was a global pandemic of influenza. A virus subtype H2N2 which originated in Guizhou, China and killed at least 1 million people worldwide. I distinctly recall the newspaper headlines where there was such a rush at the crematorium as well as shortage of wood for burning pyres! People had to wait for days together in q to get their turn. Surely in open country like India with ever eager electronic media, such as spurt in death rate could never go un-noticed. India is not China.

The worse may yet come for India, but it seems clear that at the moment at least, India seems to have fared much better than US, Italy, Spain or even Sweden. UK, India’s former colonial master, has been coined to be the new ‘Sick Man of Europe’ by one Indian journalist, such has been the devastation in that country.

One would have expected a neutral if not laudatory coverage of India, given its vast population, relative poverty and yet an open democratic system. But even cursory viewing of the Western electronic media shows that not only has Indian achievement been derided and questioned but the usual old stock clips are shown to paint a picture of doom! BBC of-course leads the pack, but other’s have not been far behind.

A close relative, a biology trained scientist working in research lab was two weeks ago approached by an European national channel for comments on Indian lockdown policy. When this scientist gave his opinion that India had indeed taken the right decision and has remained ahead of the curve……….the said channel was no longer interested in his comments. The anchor person actually suggested that the scientist should dwell upon the negatives! Then one found a novelist or a social worker being quoted extensively on Indian situation. It is no brainer that the persons selected were all well-known critics of present government led by Mr. NarendraModi.

In fact one sees that as a must to ‘shine’ on these channels. The second category of worthies talking authoritatively on Indian situation are NRIs (non- resident Indians) settled for decades in the West. So you have a Washington DC based American citizen of Indian origin who last trapezes through India, to proffer opinion, advice and even solutions.

But all this negativity would not have been possible without the whole hearted participation by the western elite’s Indian counterparts, essentially ‘Camprador’s’. Sensing a real threat to the gravy train of funds to their NGOs they have been on full naked display of gross negativity during the last 2/3 weeks. These worthies ranging from novelists to fashionistas and do gooder’s have been dominating the Western media channels to question/belittle/damn the Indian achievement of keeping Covid 19 under reasonable control when the advanced western nations ( from where their gravy train originates) have been suffering lethal blows!

The Western media makes sure that they do not invite any Indian expert from relevant field but would go to someone sitting in the US with fancy degrees from ‘Ivy league’ pontificating on what ‘we’ should be doing.

While we must ruthlessly stamp out the social media menace, we should also not ignore the Gungadins amongst us who try to lower the national morale in collaborating with Western world.

In this war we cannot afford to let the guard down in this media battle as national morale is an important ingredient of the war.

3 thoughts on “War against Covid-19: Role of Media”