Waiver to Covid Vaccines at WTO 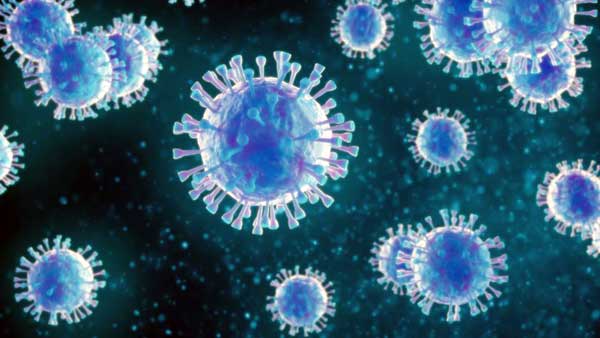 The World Trade Organization (WTO) has begun discussions on a worldwide ‘roadmap’ for Covid-19 vaccines to ensure that the immunization campaign reaches everyone, in every country. This comes, as a prior proposal for a waiver on vaccine patents remains stalled. The new WTO Director-General Ngozi Okonjo-Iweala told a meeting on April 14 she hopes the discussions will lead to concrete action.

She wants faster action on the rollout of a global vaccination programme. She called on both countries and companies to act. The WTO meeting, which took place in Geneva, brought together NGOs, industry players, concerned countries and the World Health Organization (WHO).

The meeting comes as only 0.2 per cent of available vaccine doses have gone to the poorest countries in the world. World Health. WHO Director-General Tedros Ghebreyesus has called the inequality of vaccination distribution a ‘moral outrage’, while several African countries have called it ‘vaccine apartheid’.

As a first step, Okonjo-Iweala suggested governments ‘reduce export restrictions and supply chain barriers, and work with other organisations to facilitate logistics and customs procedures’. ‘We are monitoring this as part of our regular work, and we’ll continue doing so to increase supplies,’ she said.

In October last, India and South Africa brought an initiative to the WTO calling for a temporary waiver of patents on all products that could be useful in curbing the pandemic as well as vaccines; this would include tests, machines, and possible treatments. If it were to be adopted, the waiver would be binding.

The idea is that laboratories around the world could have access to the technology and produce generic versions. This, in the view of the proposal’s authors, would both reduce the cost of vaccines and expand global production.

Over the past months, more than 100 countries have indicated support for the project. But richer countries including Switzerland and the US have resisted, insisting that the pandemic is not a reason to break trade rules. Although still under negotiation, this initiative is currently stalled.’I hope that the ideas and the open dialogue heard will move us closer to an agreement,’ Okonjo-Iweala told delegates at the meeting.

The proposed roadmap would also include vaccine manufacturers. Okonjo-Iweala called for ‘concrete moves to scale up vaccine manufacturing, both short-term turnaround of existing capacities, milking whatever productivity gains we can from current facilities, and taking steps to invest’.

One of the main steps would be to increase technology and know-how transfer, she said. ‘We need transparency in contract agreements and product pricing,’ she added.The plan also includes a call for international organisations and financial institutions to fund existing and new production capacity.

Okonjo-Iweala’s call for a global pact was echoed by some of the main actors. US Trade Representative Katherine Tai, who was also present at the meeting, said that the gap between developed and developing countries seen previously during the AIDS crisis was ‘completely unacceptable’.The plan also includes a call for international organisations and financial institutions to fund existing and new

Katherine Tai, in her address to the WTO virtual conference on COVID-19 vaccine equity, however, did not weigh in on the request made by India and South Africa.

The US remained non-committal on the move by India and South Africa to get Trade-Related Aspects of Intellectual Property Rights (TRIPS) waiver for COVID-19 vaccine before the WTO so that the doses are accessible and affordable to low- and middle-income countries.More than 60 top American lawmakers, most of who are progressives, have supported the move by India, South Africa and several other countries.

The virtual conference was attended and addressed by her Indian counterpart Piyush Goyal, Executive Vice President Valdis Dombrovsk is of the European Union, and Minister Ebrahim Patel of South Africa on April 28. ”I have had a chance already to have very meaningful preliminary conversations with each of you. I am committed to finding ways to partner with you on the issues before us today and more broadly,” Tai said.

Acknowledging that there is still a gaping divide between developed and developing countries when it comes to access to medicines, she said that this was seen during the HIV/AIDS epidemic, where various policies and actions constrained access to medicines, contributing to unnecessary deaths and suffering.

”We must learn from, and not repeat, the tragedies and mistakes of the past. The Doha Declaration on the TRIPS Agreement and Public Health, for example, was born out of the HIV/AIDS crisis, and we all both in government and in the private sector need to do our parts to live up to its spirit,” Tai said.

But there are many aspects of the institution of the WTO and its rules that have not adapted to a changed world, a changed membership, changed practices and expectations.

”We must ensure that this time of crisis and suffering leads to breakthroughs and progress,” said Tai. ”We hope to hear more today about how the market once again has failed in meeting the health needs of developing countries. As part of that we have to consider what modifications and reforms to our trade rules might be necessary to reflect what we have learned,” she said. Later at the end of the conference, WTO Director General Ngozi Okonjo-Iweala said the speakers agree that it’s not acceptable for people and countries to have to wait indefinitely for vaccines.

”We do not want to repeat experiences of the past,” she said. ”It was agreed that production capacity needs to be expanded, particularly in developing and least developed countries and emerging markets. And that vaccine distribution needs to be more effective and more equitable,” Okonjo-Iweala said.

”I agree with the view that the WTO is a logical forum for finding a way forward on these issues, and I hope that the ideas raised here will contribute to convergence in the TRIPS Council on meaningful results that can contribute to the goals that we have,” WTO Director General said. In a statement, Peter Maybarduk, director of Public Citizen’s Access to Medicines, demanded that the US should support the TRIPS waiver.

”Despite US support for COVAX, it will be difficult to earn goodwill if the United States continues to block partner countries’ efforts to make medical tools. The US should support the TRIPS Waiver and step in with leadership to make vaccines for the billions of people who are still waiting,” he said. ”The US should support the efforts of partner nations to protect their people and expand access to COVID treatments, tests, protective equipment and vaccines, by endorsing the temporary suspension of the WTO intellectual property rules proposed by South Africa and India,” Maybarduk said.