Various ways in which Beijing, Washington and Islamabad Impact India 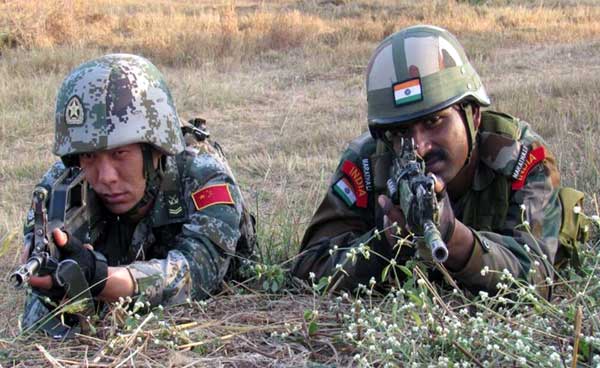 Imagine a virtually inconceivable, yet an ideal scenario in which China dissuades Pakistan from indulging in acts detrimental to India, Pakistan, in such a situation will be completely at sea –because of lack of its leverage from its so perceived “all weather friend”. Its other very good friend Saudi Arabia, thankfully, will not officially endorse anti-India funding and sponsorship overtly, or covertly, as is clearly manifest through Riyadh’s many pro-India acts such as the return to India of many Pakistani terrorists from its soil.

…there is no gainsaying that China has, at Pakistan’s pleadings blocked India’s entry in the NSG and vetoed the clearance of sanctions against terrorists under UN resolution 1267.

Will China ever prevail on Pakistan to contain its anti-India antics? This author’s answer to the bewildering query is – it is very unlikely in the foreseeable future, though quite possible in the years to follow. Pakistan has during the past several decades pleaded with China to create several irritants for India, preferably major, or at least minor – so as to be able to fire all its cylinders against India. This has happened right from the 1971 Indo-Pak War –even the US at that time coercing  India by dispatching its 7th Fleet to the Bay of Bengal – but China did nothing whatsoever, to exploit the situation (or could not as Manekshaw had guarded against this possibility by choosing to attack in December when the Himalayan watershed is covered with deep snow). Similarly, Sikkim’s accession to India though causing concern to the Chinese government did not provoke the latter to stoke any fresh fire against India.

These are but two examples of what one would believe, is responsible behaviour from our northern neighbour. Of course, there is no gainsaying that China has, at Pakistan’s pleadings blocked India’s entry in the NSG and vetoed the clearance of sanctions against terrorists under UN resolution 1267.

Of late there have been numerous instances when China restrained itself from carrying out anti-India threats as a follow-up to its warnings to India. There are many examples but three recent ones are significant. There was a tense face off between the Chinese and Indian troops on November 2, 2016 in Demchok area of the Line of Actual Control after the PLA objected to civil work being undertaken by the Indian Army engineers under MNREGA scheme-which involved the construction of a canal linking  Hot Spring waters for villagers in Demchok  (located 250 Km from Leh). As soon as the work got underway the Chinese troops demanded that the Indian forces stop all work. Notwithstanding the above the Indian forces successfully completed the assigned work.

…in the past, on many such occasions Pakistan had condemned attacks on Indian soil –even though with the caveat that these could have been perpetrated by non-State actors, or by disgruntled Indian factions.

The second Chinese threat came in the aftermath of the recent visit of the US Ambassador to India to Arunachal Pradesh – the Chinese were livid with India for facilitating the visit. Also, the Dalai Lama was recently allowed to visit Mongolia, this visit outraged the Chinese at both, India and Mongolia. The Dalai Lama addressed his followers at the Gandantegchinlen monastery in Ulan Bator.

China could have conducted itself with dignity-in a recent occurrence on the issue of  grant of visa to an Indian badminton coach, stating that he did not require a visa because he was of Arunachali origin.

There was also an instance when China was one better than Pakistan, in that the former officially condemned the Uri killings –whereas there was no such condemnation from Pakistan. Remember, in the past, on many such occasions Pakistan had condemned attacks on Indian soil –even though with the caveat that these could have been perpetrated by non-State actors, or by disgruntled Indian factions.

Both New Delhi and Beijing realize that in this era when countries attempt to out-do one another –without necessarily having to resort to military action-by putting on a façade of closeness –it would be foolhardy to enforce their threats and warnings. This is exactly what India sought to achieve through the visit of the COAS Gen Dalbir Singh to China. During the visit he met Gen Xu Qiliang-the Vice Chairman of the Central Military Commission ( CMC ) and was welcomed by Gen Li Zuocheng of the People’s Liberation Army ( PLA ) with a guard of honour. This visit reiterated the desire of both nations to maintain quiet and tranquility on the border. Military officials from both sides commended the 6tH India – China Joint Training Exercise “Hand in Hand 2016” in India. The further expansion of defence exchanges was emphasized.

The TPP is a free trade agreement between 12 countries which between them have a combined GDP of $ 28 trillion ( 40 percent of world’s GDP ) and one-third of the world’s trade.

Beijing has not only adopted similar bilateral parleys with many of its neighbours such as Philippines, Vietnam, Laos etc. but also injected liberal amounts of investments to win them over to its side and wean them away from their pro-US loyalties and alliances.

Flushed with funds and enormous foreign exchange reserves, besides owing a humongous amount of US treasury bonds and commanding a $ 365.7 billion trade surplus with the US-China is endowed with the financial muscle to entice its neighbours with investments and aid to exert its influence and enhance its hegemony not only in its proximity but in far flung areas through  its  “one road one belt “ scheme.

If we are to make the assumption that economic cooperation, especially free trade and the level of investments which a benefactor nation makes to the beneficiary nation- are the motivating attribute for winning over the latter – China presents the best example of an affluent nation earning the fancy of investment seeking nations.

Sadly , the latest turn of events in the US following the election of Donald Trump as President, are the very reversal of President Obama’s  “building bridges through economic cooperation“ approach which could well extinguish US influence the world over and eventually, lead China to become the sole world power. One shudders to imagine the plight of the Pacific rim nations. Much to the chagrin of victim nations President-elect Donald Trump has already  stated that on the day he assumes Office he would issue a notification to rescind the TPP (Trans-Pacific Partnership).

If Washington withdraws from the Paris Climate Deal-China can stick to its commitment, yet it won’t be able to make up for the loss caused by the US. Or, if the US takes an anti-trade path, the messy consequences go beyond China’s ability to repair.”

The TPP is a free trade agreement between 12 countries which between them have a combined GDP of $ 28 trillion ( 40 percent of world’s GDP ) and one-third of the world’s trade. TPP was a foreign policy pivot to the Pacific Rim and hence brought the present US allies in the Pacific even closer to Washington. It may be emphasized that China will not let go of this opportunity.

It is amazing to note, that despite the inroads China has made in cementing its bonds with nations such as Philippines  and increasing its clout with nations which were hitherto very close to the US – Beijing is utterly level headed and unassuming when it states “China still cannot match the US in terms of comprehensive strength.

It has no ability to lead the world in an overall way, plus neither the world,  nor China is psychologically ready for it. It’s beyond imagination to think that China could replace the US to lead the world.

If Washington withdraws from the Paris Climate Deal-China can stick to its commitment, yet it won’t be able to make up for the loss caused by the US. Or, if the US takes an anti-trade path, the messy consequences go beyond China’s ability to repair.”1

The above is perhaps the most responsible statement from China, a country which has incurred the wrath of many countries.