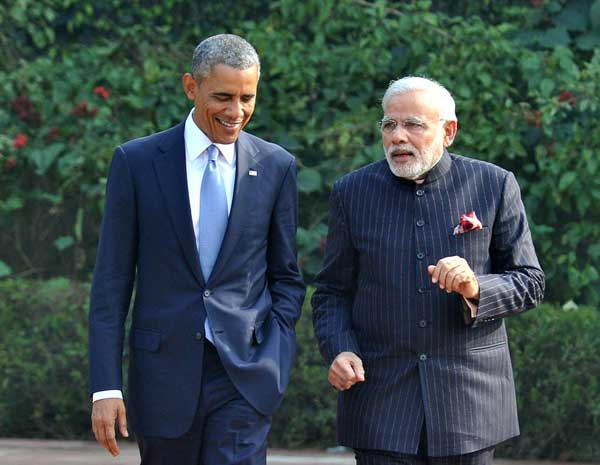 India is not sitting idle any longer and has begun to initiate moves to have its presence felt in the South Asian countries, barring Pakistan. Under the new administration led by Prime Minister Narendra Modi, India has made proposals to enhance connectivity with the nations east of India in particular. Modi’s newly coined ‘Act East’, a variation of the late prime minister P. V. Narasimha Rao’s ‘Look East’ policy, also includes helping the South Asian countries, such as Nepal, Bhutan, Bangladesh and Myanmar, to link them through transport corridors and to help develop their energy sectors, either by linking up their energy generation sources with India’s power-grid system or by developing those independently.

What needs to be recognised at the outset is that India’s infrastructure is extremely weak. Under the current five-year plan, India requires $1 trillion in investment by 2017…

What needs to be recognised at the outset is that India’s infrastructure is extremely weak. Under the current five-year plan, India requires $1 trillion in investment by 2017, and Prime Minister Modi is busy trying to lure foreign investors to play a significant role to help finance a part of this large amount. India is also a power-starved nation. It is likely that the efforts now underway, when materialised, may alleviate most of the transport and power requirements in the smallest of South Asian nations, such as Bhutan and Nepal, but it would not make much of a dent in Bangladesh’s requirements. Moreover, India does not have a direct land link with Afghanistan, where India is keen to invest, because of Pakistan’s belligerence and its refusal to allow India a direct access to that country. As a result, most South Asian nations will continue to depend heavily on investments from major economic powers, such as China, Japan, the United States and the European Union.

Considering the state of affairs in South Asia, what role does the United States want to play? Its South Asia policy does not indicate as of now that it wants to be any part of such developmental processes. What the US policy towards South Asia presently centres around is how to contain China or how to maintain a strong presence in the neighbourhood, which could prevent China from exercising its ‘hegemonic’ tendencies.

At the same time, Washington will be trying to organise the South Asian nations to distance themselves as much as possible from both China and Russia. That policy could lead to some security arrangements; but the South Asian nations must not expect any monetary benefit coming out of such association in the short or mid term. For Instance, India and the United States, along with Japan, are carrying out annual naval exercises, the Malabar naval exercise. This exercise is conducted basically to coordinate three navies; but it is also an effort to develop trilateral cooperation. Left unsaid is that the United States considers this a necessary countermeasure against the growing naval power of China.

It is likely that the United States will make efforts in the coming years to expand this exercise to incorporate some South East Asian nations, as well. Last July, at a Senate Committee hearing, answering Sen. McCain’s query, Assistant Secretary of State for South and Central Asia Nisha Desai Biswal said: ‘We will be doing joint exercises with Japan and India in the MALABAR exercises later this fall. And we see opportunities for increasing the collaboration across Southeast Asia. We are engaging more frequently in consultations and dialogue with the Indians on ASEAN, and look forward to increased and frequent consultations across the East Asia sphere.’

At the same hearing, Lisa Curtis of the Heritage Foundation said: ‘Indo-Japanese ties, in particular, are expected to get a major boost under Modi’s administration since Modi and Japanese Prime Minister Shinzo Abe are both increasingly concerned about China and appear prepared to take new policy directions to deal with the challenges posed by Beijing’s rapid military and economic ascendance.’

While these statements cannot be construed as policy statements of the Obama administration, precious little is coming out of Washington that could be identified as well-formulated future US policy towards South Asia. Washington must note that neither India nor China would like the United States to have a dominant position in either the Indian Ocean or in the Asia-Pacific. In fact, both would consider it better for the United States to be playing a lesser, but cooperative, role. Notwithstanding the Malabar naval exercises, Washington must note that over the decades, India has steadfastly opposed any US military base in Sri Lanka, Maldives or Bangladesh. India’s position on that has not changed and is not likely to change in any foreseeable future.

…India, a big power that will get bigger in the coming years, United States’ policy should be to support India’s growing stature in the international arena…

The key to the success of US South Asia policy, if it is ever articulated in clear words and actions, will be for the United States to participate in South Asian infrastructure development along with India and other BRICS nations and to develop non-transactional bilateral relationships with these countries. Such a policy would identify development as a key factor in securing a sovereign nation state.

In the case of India, a big power that will get bigger in the coming years, United States’ policy should be to support India’s growing stature in the international arena and make diplomatic efforts to ensure the linkages and connectivity efforts in the region that India, China and others are engaged in come to fruition. In addition to very many individual economic and military contracts and deals that would be trumpeted by the media as examples of the strengthening of India-US relations, the Obama administration must note that the Modi administration has already put its emphasis on economic diplomacy as its cornerstone. Prime Minister Modi will play ball with every country – China, Russia, United States, Japan and even Pakistan – if that country chooses to contribute firmly to India’s huge developmental requirements. If any country does not contribute, or does not want to contribute, India’s relations, under Prime Minister Modi, with that country may fall by the wayside. That country will not become an enemy nation but will be simply considered by Modi’s India as less relevant.

During Prime Minister Modi’s September 2014 visit to Washington, a vision statement for the US-India Strategic Partnership – Chalein Saath Saath (Forward Together We Go) – was issued. That statement said, in part: ‘Our strategic partnership is a joint endeavor for prosperity and peace. Through intense consultations, joint exercises, and shared technology, our security cooperation will make the region and the world safe and secure. Together, we will combat terrorist threats and keep our homelands and citizens safe from attacks, while we respond expeditiously to humanitarian disasters and crises. We will prevent the spread of weapons of mass destruction, and remain committed to reducing the salience of nuclear weapons, while promoting universal, verifiable, and nondiscriminatory nuclear disarmament.’

It further said: ‘We will support an open and inclusive rules-based global order, in which India assumes greater multilateral responsibility, including in a reformed United Nations Security Council. At the United Nations and beyond, our close coordination will lead to a more secure and just world.’

If in the coming days, the Obama administration, and the administration that will follow in 2016, could abide by these stated commitments, the United States will finally have a South Asia policy which is mutually beneficial for both. Until such time, the muddle will continue.