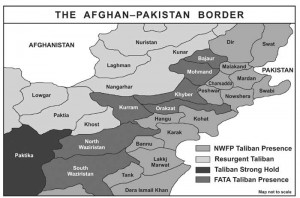 Weeks after the Kamdesh attack, it is now confirmed that US troops had exited Kamdesh. The Taliban displayed arms left by the Americans, including ammunition belts for grenade launchers and claymore mines. “We have defeated the US forces, with the help of God,” a Taliban video released to the al-Jazeera TV network showed a leader shouting out gleefully. The US says that it always intended to leave Kamdesh. But this obviously sends wrong signals to the local population which will feel betrayed, besides giving a fillip to the psychological battle of minds, showing the Taliban winning at least in some parts.

Barely a fortnight prior to the Kamdesh attack, Mullah Omar stated, “we would like to point out that we fought against the British invaders for 80 years from 1839 to 1919 and ultimately got independence by defeating Britain….. Today we have strong determination, military training and effective weapons ….. Still more, we have preparedness for a long war, and the regional situation is in our favour. Therefore, we will continue to wage jihad until we gain independence and force the invaders to pull out”.