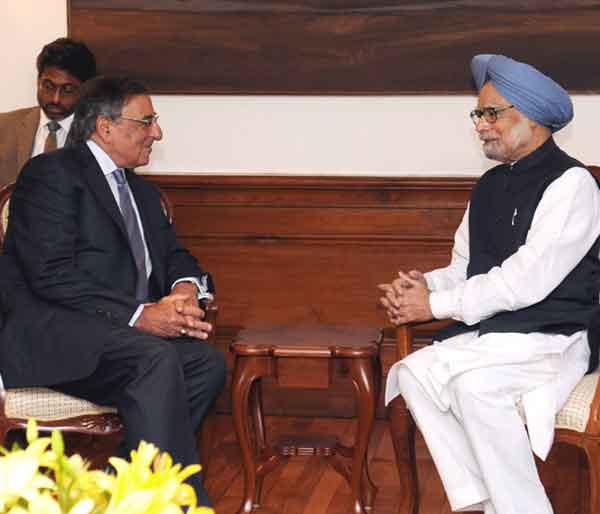 American defence suppliers realise that India is perhaps the largest potential market open to them in the world today. But so do all the competition. This is not a market in which to make a quick buck. India qualifies as a valid customer fulfilling the three essential requirements, namely demonstrable and active threats to its national security, an abiding interest in addressing and staying ahead of these threats with leading-edge technology and a reasonably sufficient exchequer to be able to respond to these threats.

In a recent op-ed, Commodore C Uday Bhaskar (Retd), former Director of the Indian Institute for Defence Studies & Analyses, noted that paradoxically, the world’s two largest democracies have had, “an estranged relationship for over 50 years.” That “estrangement” underwrote the virtual absence of the US as a significant defence supplier to India for most of that half-century. The notable exception perhaps proving the rule was the three-year US Military Assistance Program book — ended by the Chinese incursion in the fall of 1962 and the 22-day India-Pakistan War in September 1965. 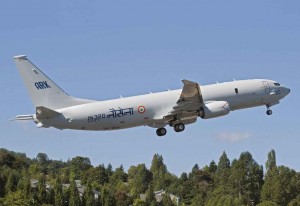 Four international defence suppliers to India over the years in order of volume have been Russia and its predecessor, the USSR, Israel, the United Kingdom and France. Any analysis of competition, however, must be cognisant of India’s substantial and growing capability to cater to its own national security requirements. In point of fact, the hitherto largely public sector defence production establishment supplies the bulk of the needs of the military, paramilitary and armed police equipage. This capability encompasses virtually all of the wheeled vehicles required by the services, the bulk of small arms and crew-served weapons through light artillery, most communications and C2, and currently, virtually all naval and Indian Coast Guard surface vessels many of which are of Indian indigenous design. India’s complex of arsenals, ordnance factories and parastatal corporations domestically build a variety of tactical and transport aircraft, though predominantly of foreign design and/or under international licence.

India has been less successful in designing and developing more complicated military hardware despite several notable, perhaps notorious efforts, in this context. One recalls the abortive effort to create a multi-role fighter aircraft, the HF-24 Marut that began as a joint project with the other prime mover of the erstwhile Non-Aligned Movement – Egypt. The latter quickly dropped out of the picture and India’s focal aircraft industry company, Hindustan Aeronautics Limited (HAL), actually produced a number of HF-24s that went briefly into service with the Indian Air Force (IAF). In a more sophisticated follow-on to the HF-24, the Defence Research & Development Organisation (DRDO) in collaboration with the HAL has spent the last quarter century trying to operationalise the “Tejas” Light Combat Aircraft. Although the design is indigenous, the few LCAs flying to date are powered by the GE F404 engine with a possible shift to the more powerful F414 engine when/if the Tejas Mk II goes into serial production.

India has been less successful in designing and developing more complicated military hardware.

The only indigenous aircraft development success story has been the “Dhruv” Advanced Light Helicopter (ALH) that is now in serial production for the various wings of the Indian Armed Forces. Success in this instance owes primarily to the decision to task a single agency, in this case HAL, with design, development, testing and production of the ALH. HAL has chalked up a few international sales of the ALH and is actively marketing the aircraft abroad. It should be noted that the Dhruv is flying with a French turbo-shaft engine being manufactured in India under licence.

Perhaps the most successful Indian suppliers have been the public sector shipyards that now are producing the bulk of the surface combatants and support ships for the Indian Navy and the Indian Coast Guard. Initially, these entities solicited and adopted British designs. For example, the Leander-class frigate, accelerating the effort as early as the middle 1960s. With the advent of Soviet military supply discussed in greater detail below, the shipyards undertook licenced production of Russian designs that over the latter decades of the last century morphed into variants that increasingly bore indigenous design and content, eventually leaving little resemblance to their Soviet forebears save the general plan form. More recently, relaxed Government of India (GOI) procurement rules have encouraged private shipyards to enter the fray creating competition for both the Indian public sector entities and foreign suppliers. In the context of competition, India is now building the first of what may eventually be several aircraft carriers, largely of Indian design. 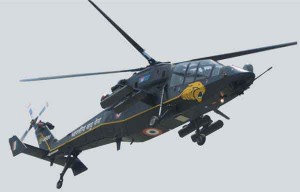 Thus, potential American suppliers are and will increasingly be forced to compete with indigenous arms suppliers with all that a predictable propensity to “buy Indian” implies. In fact, the current iteration of the formal GOI Defence Supply Procedures, the biennial 2009 version updated, formally sanctifies the buy Indian preference and in addition to offsets, demands technology transfers in cases where foreign procurement is required or desired.

As indicated, Russia remains India’s principal foreign defence supplier. A common misconception dates the Soviet entrance into the Indian supply picture following the suspension of US military aid during the 1965 crisis. In point of fact, Moscow responded contemporaneously with but entirely separate from the initiation of US aid following the Chinese incursion in 1962. By the 1965 War, the IAF was already flying, inter alia, the AN-12 transport in parallel with the US C-119G Fairchild Packet and the Indian Navy had already purchased Petya-class patrol boats.

The only indigenous aircraft development success story has been the “Dhruv” Advanced Light Helicopter (ALH).

Over the ensuing years, Moscow took advantage of what was a non-competitive situation. While the NATO allies embargoed military shipments to India in collaboration with the US Government (USG) cut-off, but relaxed the sanctions much sooner, the USSR sweetened the pot with “friendship prices” including deep discounts, payments in rupees, two per cent interest on credit and a 17-year repayment schedule. Although the most advanced Soviet systems were not provided at first, India gained increasing access to Moscow’s best over the ensuing years.

Soviet supply or production licensing of leading edge naval surface combatants has already been mentioned. More recently, India and Russia have collaborated on the development and fielding of the BrahMos cruise missile which is proving to be a very effective and reliable system. Given restrictions on western supply of long-range cruise missiles under the international Missile Technology Control Regime (MTCR), competitive supply of similar US systems is effectively precluded. Although Russia is an MTCR signatory, it apparently contends that the BrahMos is largely an Indian product. Currently, India is not a signatory to the MTCR.

The IAF, while not exclusively Russian-supplied, is and has been the closest thing to a Moscow preserve of all the Indian services. The MiG-21 was for almost 35 years the backbone of the IAF tactical force. Built under licence at two specially-isolated HAL factories in India, it is still in the active inventory, though suffering from advancing and dangerous decrepitude. More than a third of the original inventory has crashed over recent years. As each ensuing mark of the Mikoyan Gurevich pedigree has appeared, it has been provided to the IAF and though acquired in much smaller numbers, is in several cases built in whole or at least in part in the same Indian facilities as the MiG-21. A STOBAR version of the MiG-29 is slated to be the standard tactical air asset for both the initial indigenous aircraft carrier for the Indian Navy and for the INS Vikramaditya (former Russian Admiral Gorshkov) when/if it makes its way out of the Russian refit yard and into the IN inventory.

Col Woolf P Gross is a retired officer of the US Army and former Military Advisor, Bureau of Near Eastern & South Asian Affairs, US Department of State.

3 thoughts on “US-India Defence Trade: Sizing up the competition”