US Afghan Policy: A Shot in the Arm For India 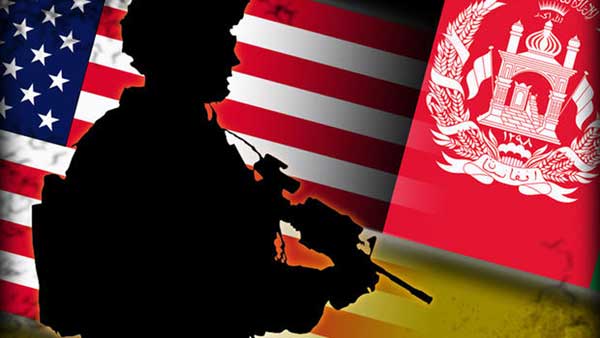 Exactly seven months after his inauguration as the President of the United States, President Donald Trump unveiled his Afghan Policy on 21st August. The Policy was long in coming. But the wait was well worth it. President Trump has possibly made one of the most consequential decisions of his young and turbulent presidency.

Trump appears to have taken this decision because it is probably felt that to reaffirm America’s commitment in Afghanistan is in some ways more important now than ever in a world that is questioning America’s credibility and reliability.

What has made this announcement particularly significant is the recognition that various strands of the policy have been arrived at after comprehensive, critical analysis and examination of the situation prevailing in Afghanistan and the region. President Trump can hence not be accused of having been impulsive in announcing it. Quite to the contrary, the policy enjoys broad-based support and has huge possibility of being pursued in letter and in spirit by the White House and the US security establishment.

Trump appears to have taken this decision because it is probably felt that to reaffirm America’s commitment in Afghanistan is in some ways more important now than ever in a world that is questioning America’s credibility and reliability. And with all the festering problems in the world, further instability in Afghanistan would have been highly disruptive. Moreover Trump has been staunchly committed to acting against terrorism.

A significant aspect of the declaration is that it is diametrically opposite to Trump’s own views that were articulated by him during the Presidential campaign and even during his first few months in office. It is reassuring that Trump has allowed himself to be persuaded to stay engaged in Afghanistan till the final objective of wiping out terrorism is achieved rather than constraining himself by an artificial deadline. He has jettisoned his initial stance to quickly leave Afghanistan as was being forcefully pushed by Stephen Bannon, former White House Chief Strategist.

The most important and distinguishing feature of this announcement is that Trump has refused to set a target date for withdrawal of US troops from Afghanistan. Number of US and ISAF forces in Afghanistan has varied over the last seventeen years. Obama had made an election campaign promise to withdraw from Afghanistan. This was accomplished with disastrous consequences for the security situation in Afghanistan. Today the Taliban with the overt and covert support from the Pakistan army and ISI, controls more territory in Afghanistan than it has ever done since 2001. Taliban was also able to capture Kunduz, the northern most city of Afghanistan on border with Tajikistan, in 2015.

Trump has also sent out a clear message to Pakistan that its support to terror must cease ‘immediately’.

Obama’s policy to withdraw from Afghanistan exacerbated the intransigence of Taliban to engage with the Karzai or Ghani governments to bring peace to the country. Trump’s announcement will force the Taliban and its patrons in Rawalpindi to reassess and reformulate their malicious game plan. Trump has decided on an objective based approach of finishing off terrorism including Taliban, Al Qaeda, Islamic State et al. He has not confused it with the subjective, and, in the short term, unattainable, goal of establishing democracy in the country.

Another distinctive feature of Trump’s proclamation is that he has desisted from announcing the number of additional troops that will be dispatched to Afghanistan. He declared that sharing such operational details with the public is counterproductive. This will help the US Administration to keep the initiative in its own hands and use the element of surprise with respect to conducting operations in Afghanistan.

Trump has also sent out a clear message to Pakistan that its support to terror must cease ‘immediately’. America has known for long that Pakistan is running with the hare and hunting with the hound, that it has been providing support, training and safe havens to terrorists while at the same time been receiving billions of dollars from America, ostensibly to fight terrorism. For its own reasons USA has so far been following an indulgent policy of supporting Pakistan financially while sporadically applying pressure on it to act against terrorism. Trump has announced that Pakistan will have to end this hypocrisy immediately.

Trump has been unsparing on Pakistan. It is for the first time that Pakistan has been reprimanded and upbraided in public by USA so sternly and severely. Trump has put Pakistan on notice that it should immediately mend its ways. This message has been repeated on 22nd August by Secretary of State Rex Tillerson and Defense Secretary James Mattis. Trump has however not abandoned or given up on Pakistan. Trump has given an opportunity to Pakistan to reform itself saying that it will be a huge beneficiary if it turns over a new leaf by stopping support to terror but will have to pay a heavy price if it refuses to do so. Pakistan has been cautioned that it should cease supporting terror not only against Afghanistan but in the whole region. Interest and concerns of India and Pakistan’s role in fomenting terror attacks against India seem to have been kept in mind by Trump in his speech.

The warning appears to be reminiscent of the threat by Richard Armitage, then Deputy Secretary of Defense to Musharraf in the wake of the 2001 attacks which forced Musharraf to make a u-turn in its policy of support to Al Qaeda, at least for a short while. 2001 is however very different from 2017. China is a much bigger power than it was seventeen years ago. USA on the contrary is a comparatively diminished power. It is no longer a uni-polar world. Nexus between China and Pakistan is much deeper. The two countries are ‘’iron brothers’’ whose relationship is ‘’sweeter than honey!’’ Loss of US patronage and support could be made up by Pakistan easily through its partnership with China which has been sinking billions of dollars in the China- Pakistan Economic Corridor over the last two years.

Trump’s references to India in his Address would have provided great comfort and satisfaction to the Indian leadership and foreign affairs and security community. Trump has showered encomiums upon India for its contribution to promoting peace, security and development in Afghanistan. Equally importantly he has not invited India to send troops to Afghanistan. What Trump did not say with regard to India is hence as important as what he did say. The small jarring note that he struck was to suggest that India needs to do more in Afghanistan because it earns billions of dollars in its trade with USA. This is a callow and puerile argument.

India exports high quality goods and services to USA for which it receives payment. This money does not come as grant or charity from USA. Moreover India has already contributed more than USD 3 billion to build infrastructure and promote human resource development in Afghanistan. It has committed that it will continue to support the peace process and development activities in Afghanistan. India has welcomed President Trump’s statement and reaffirmed its commitment to peace, security and prosperity of Afghanistan while rightly not taking issue with the comment on India earning billions from its trade with USA.

The manner in which the policy has been formulated and enunciated bears the indelible stamp of Vice President Mike Pence and the Army Generals who are war veterans from Afghanistan and who currently head most of the critical security ministries and departments in the US Administration. All these Generals including James Mattis who heads the Pentagon, HR McMaster who is the National Security Advisor, Joseph Dunford, Chairman of the Joint Chiefs, and John Kelly, Chief of Staff have done time in Afghanistan and are aware of the perfidy perpetrated by Pakistan and its support to Taliban and Haqqani network which has resulted in loss of thousands of lives of young American men and women.

Declaration of the Afghan Strategy and the significant role it provides to India in promoting peace and economic growth in the country will further cement bilateral ties.

Success of the policy will depend on the steadfastness and determination with which it is pursued and implemented. The future will reveal this. A preliminary assessment would suggest that the Trump Administration is sufficiently committed to take the policy to its optimum conclusion.

Trump’s announcement is a huge vindication of India’s Afghan Policy and a big shot in the arm for its approach to bringing peace to that beleaguered country. What has become evident is that Trump will not venture on the path of engaging the ”good Taliban” while shunning the ”bad Taliban” as Obama was keen to do. India has maintained that there is no difference between good and bad Taliban.

The last few months starting with the designation of Syed Salahuddin as a Global Terrorist on 25th June during Prime Minister Modi’s visit to USA and more recently of Hizbul Mujahideen as a Global Terrorist Organization on 16th August along with start of a 2+2 dialogue between USA and India following President Trump’s call to Prime Minster Modi on 15th August is vivid testimony of strengthening and deepening strategic partnership between the two countries.

Declaration of the Afghan Strategy and the significant role it provides to India in promoting peace and economic growth in the country will further cement bilateral ties. All these moves coming in the wake of the continuing Doklam impasse between India and China will send a clear and unambiguous message to India’s northern neighbor and the region that rather than disrupting India-US bilateral ties, Trump’s Presidency is destined to take them to newer heights. Above developments validate and confirm the soundness of India’s foreign policy approach.

One thought on “US Afghan Policy: A Shot in the Arm For India”