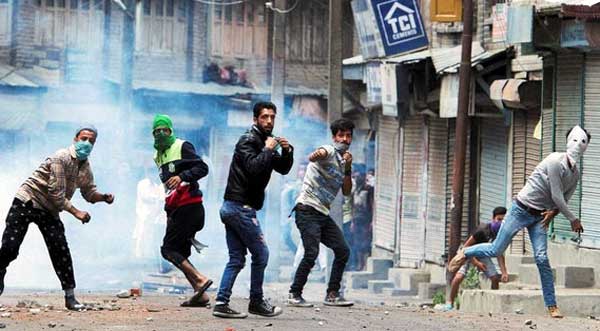 In June 2018, UNHRC released a first ever report on Kashmir regarding alleged human rights violations and abuses on both sides of the Line of Control recommending a Commission of Inquiry.  The uncalled for report of UN High Commissioner for Human Rights Mr Zeid was highly prejudiced, based on inadequate inputs and clearly exhibited the ignorance of facts/legal position looked like a summary of misinformation. It was rightly junked by India, as one of the many such reports junked by various countries so far, as there is no legal binding on India to comply with it. The issue resurfaced last week after UN General Secretary supported the UN human rights chief’s call for an independent international investigation into the human rights situation in Kashmir.

UNHRC, like many other UN components have often been criticized for favoritism/ politicization and irresponsible reporting. UN/ any of its component is expected to be a neutral/unbiased organization, but the reality is that it is staffed by diplomats tasked to protect their national interests, makes it a political entity, which sometimes find it difficult to withstand the pressure of parent country/allies/friends, which is evident from a grossly biased action/reports like the one in question. The fact that US has walked out of UNHRC, presumably due to anti-Israel/anti-West bias, is a Jolt to the organization. The UN Secretary General actually had no choice, but to back UNHRC, as this component is still struggling for existence after the shocker from President Trump and repeated criticism.

Why the Report needs to be junked by India?

India is a responsible member of UN, which has sacrificed maximum number of brave martyrs in the world while performing peacekeeping duties. The Indian military contingents are welcomed all over the world, due to their unbiased, neutral and responsible behavior. India despite such regards for UN is fully justified to junk this report on Kashmir for variety of reasons enumerated below.

•  The manner in which Jammu and Kashmir has been referred in the report violates India’s sovereignty and territorial integrity. The use of words like ‘Azad Kashmir’, ‘Indian Occupied Kashmir’ indicates lack of understanding of legal position of Jammu and Kashmir.

•  The entire state of Jammu and Kashmir legally acceded to India. The entire Jammu and Kashmir both sides of Line Control is domestic territory of India. Post Simla Agreement, India does not recognize any role of UNMOGIP, and is not duty bound to explain the logic of its methodology of governance and fighting terrorism to UN. In absence of such information, their wild assumptions cannot be taken as truth. With no unconditional access to either side of Line of Control, it appears to be a figment of imagination.

•  The UNHRC Chief was not mandated to write this report. His justification of it being covered under “the general mandate of human rights instruments” does not give right to UN to encroach into issues of normal governance and methodology of ensuring security against Pakistan sponsored terrorists, and   developing its country.

•  If entire UN could not arrive at a consensus to define the biggest challenge to humanity called “Terrorism” till date, despite this issue being taken up by India so many times in UN, then the perceptions of ‘Armed Groups’ of the team writing the report is completely different than the reality.

•  Mr Zeid and his team’s understanding of the Armed Forces (Special Powers) Act (AFSPA) is inadequate, as it has requisite checks and balances and does not give impunity to security forces in excess use of force. The proceedings can be initiated against any atrocities by Armed Forces, with Central Government permission.

•  The intent of bringing out such report just before highly controversial elections in Pakistan, timed with one sided Pakistani act of provincial status to Pakistan Occupied Kashmir and Gilgit- Baltistan, and FATF meeting where Pakistan has been declared ‘Grey’, indicates that the report is motivated, prejudiced, and part of some political game plan, to give some respite from criticism to Pakistan. The accusations in some media reports that a Pakistani Islamist Zafar Bangash from Toronto helped Mr Zeid in preparing this report, falls in line with the argument.

•  The period covered in the report is from Burhan Wani’s death till June 2018, is a period when cross border terrorism had hyped and India was dealing with proxy war. It clearly indicates the intent to show India in poor light. Obviously the UN team never tried to reflect how much security forces helped people in floods and continue to do so even now through various civic action projects.

•  Indian Army exercises maximum restraint in carrying out counter terror operations in India and abroad. Its resilience and patience is unmatchable. It is a rare force which has never used heavy weapons/air strikes on militants to prevent collateral damages, even at the cost of large number of casualties.

The credibility of UNHRC has been questioned many times in past 12 years of its existence. The US’s reasons to walk out of it had been that the Council did not do enough to address problems of politicisation, bias and eligibility of membership to well-known human rights abusers. UNHRC also has been discredited to allow itself to be used by countries like Pakistan to project “religious freedom” as a cause to justify state-sponsored violence. The report on Kashmir exhibits an irresponsible act of presenting a sensational document, displaying basic lack of understanding of the situation on ground. In context of this report, India need not waste time and effort on such a meaningless report, although it need not walk out of UNHRC. India must also resent any Commission of Inquiry on Kashmir issue as unjustified.