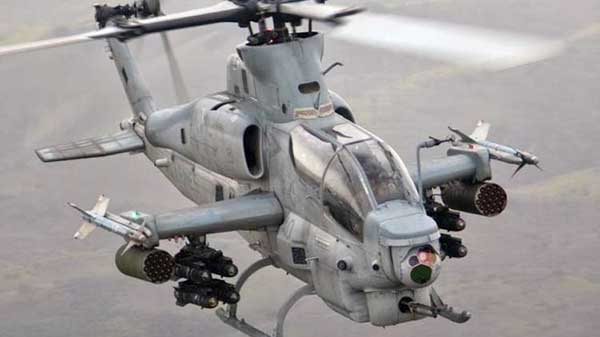 Analysts and academics alike, especially in India, have still to come to terms with the recent announcement of Foreign Military Sales (FMS) to Pakistan amounting to 952 Million USD. As per the Defence Security Cooperation Agency press release, dated 6th Apr, this includes 15 Attack Helicopters with a 1000 Hellfire II Anti- Tank Guided Missiles and connected equipment.

…the rationale for such a sale makes little sense since Counter Insurgency operations within the country, and that too in mountainous terrain, require neither the use of attack helicopters nor anti–tank missiles…

The release goes on to say:

This proposed sale of helicopters and weapon systems will provide Pakistan with military capabilities in support of its counterterrorism and counter-insurgency operations in South Asia.

This proposed sale will provide Pakistan with a precision strike, enhanced survivability aircraft that it can operate at high-altitudes. By acquiring this capability, Pakistan will enhance its ability to conduct operations in North Waziristan Agency (NWA), the Federally Administered Tribal Areas (FATA), and other remote and mountainous areas in all-weather, day-and-night environments. Pakistan will have no difficulty absorbing these helicopters into its armed forces.

The proposed sale of this equipment and support will not alter the basic military balance in the region.”[i]

Understandably, the rationale for such a sale makes little sense since Counter Insurgency operations within the country, and that too in mountainous terrain, require neither the use of attack helicopters nor anti–tank missiles, in view of the fact that these are infantry operations against a lightly armed insurgent group that operates from within the civilian population.

…why the US is choosing to ignore Pakistan’s track record and reward it. Could it be for the services rendered to the US in the past or is it a payment for the future?

Moreover, US motivation for such a sale is also difficult to comprehend as they clearly identified Pakistani support and safe havens for the Taliban as the major cause for their defeat and the great cost in men, material and finances that the Taliban inflicted on them and their allies including the Afghan Forces, over 3000 US and allied troops and over 20,000 Afghan Police and military dead as per some estimates.

One leading academic and expert on Pakistan, Dr. Christine Fair, believes that either the U S State Department is still, in her words, “ perennially unwilling to grasp the realities of Pakistan” or “persists with the same strategy it has always used to handle the “Pakistan problem” – namely, attempt to induce better Pakistani comportment through handsome allurements.”[ii]

On the other hand, Indian analysts like Mr. Vikram Sood, a former Secretary of RAW, while subscribing to the ‘reward motive’ appears to see it in a larger context, and as he puts it, believes “ there must be very good reasons why the US is choosing to ignore Pakistan’s track record and reward it. Could it be for the services rendered to the US in the past or is it a payment for the future? This economic and military support to Pakistan could also be an insurance in the futile hope that Islamabad will stay away from Beijing, which is making very strong moves in Afghanistan and Iran.”[iii]

While these factors must certainly have played a part in the US decision making process, among others, it may also be worthwhile to look at this issue from the purely military point of view. In the context that given Indian conventional superiority vis-à-vis Pakistan is indisputable and that the “Cold Start” doctrine has certainly alarmed the Pakistani High Command to seriously consider deployment of tactical nuclear weapons.

All experts agree that such a deployment will have serious consequences on the stability of nuclear deterrence due to command and control and escalatory issues, apart from questions about the physical security of such nuclear assets. While the enhancement of Pakistan’s anti-armour capability with the procurement of state of the art Attack Helicopters and Missiles will not alter the military balance in the region, as the Press Note states, it will certainly give the Pakistani military the capability to delay, if not negate, offensive operations undertaken by Indian forces as envisaged in the doctrine.

More importantly, this may conceivably give the Pakistani High Command added confidence to reconsider the deployment of tactical nuclear weapons. If this were to happen, it would certainly be in India’s interest as well since we have never displayed aggressive intent against Pakistan. Could this be the reason why the Government of India has not responded in its usual manner to such a sale?