Ukraine and Return of Air Defenses 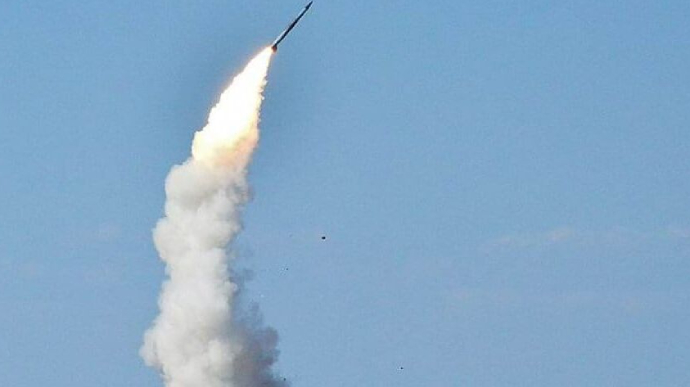 On September 11, 2022, Ukrainian air defenses shot down 9 of the 11 cruise missiles fired on eastern Ukraine by Russia. The failure of Russian strikes was not unexpected as a number of advanced air defense systems now protect select areas creating exclusion zones, effectively denying Russians the capability to strike deep targets. The claims made by a Buk M1 anti-aircraft missile battery deployed in Kharkiv region are illustrative of the newfound confidence of Ukrainian air defense forces. Yaroslav Melnyk, the Buk M1 commander claims to have so far destroyed 28 targets, including 11 combat aircraft, two helicopters, two cruise missiles, and 13 Unmanned Aerial Vehicles (UAVs). Melynk further claims that at one instance when a Russian aircraft was illuminated by a tracking radar it “probably stunned the pilot so much that he immediately ejected. The plane crashed.” The battery had taken down a plane without firing.

September 11 was also the day when Ukraine liberated large parts of the territory occupied by the Russians in the swiftest advance by Ukraine. As the Ukrainians advanced eastward liberating large swaths previously occupied by Russian troops, they moved in broad daylight along highways and open fields presenting an easy target for the Russians to pick up but the one element that could have broken the momentum if not completely halted the advance was the Russian Air Force and it was conspicuous by its absence all throughout. There were enough opportune moments for a quick decisive blow by the Russian Air Force especially during the time when the formations and units were concentrated before the launch of each phase of the counteroffensive but the Russians surprisingly never took the chance. One reason  is the belief that “Russian Air Force’s doctrine prevents it from closely supporting ground troops when the enemy is on the move” though this may not be true as Russian Air Force did carry out limited strikes against advancing troops but faced stiff opposition from Ukrainian air defences and suffered losses.

Between August 29 and September 12 Kyiv claimed to have shot down ten Russian warplanes, nine helicopters and 54 UAVs though independent analysts put the confirmed losses at six.These include two Su-25s, two Su-34s and an Su-30.It is worth noting that Russia has lost 56 fixed wing aircraft, 48 helicopters and 127 unmanned aerial vehicles (UAV) in the ongoing conflict to date. Of these, almost ten percent of the total losses were inflicted since August 29. That has been the impact of air defenses on Russian Air Force.

The success of Ukrainian air defenses is due to the manner in which its meagre, but growing, resources have been employed- creating exclusion zones, air defense “bubbles” so to say, that keep the Russian Air Force away.  At the beginning of the war Ukraine had legacy air defense systems including 250 S-300P/PS/PT (SA-10 Grumble) and 72 medium range 9K37M Buk-M1 (SA-11 Gadfly) missile systems. According to the Military Balance 2021 published by International Institute of Strategic Studies,these were augmented by four air defenseregiments of the army. The mainstay of army’s regiments was 75+ 9K35 Strela-10b (SA-13 Gopher); 9K33 Osa-AKM (SA-8 Gecko) and 75 K22 Tunguska (SA-19 Grison) along with some 23mm ZSU-23-4 Shilka and the towed 23mm ZU-23-2AA guns. They were no match against the Russian Air Force that was not only ten times larger but had gained around 440 new fixed-wing aircraft, as well as thousands of drones over the past decade. Ukrainian air defense withstood the initial strikes and waited for opportune time to strike back.

As the air defenses were reinforced by new systems provided by the West and Ukraine consolidated them adopting new approach to fighting, it was Russia that was on the back foot as it fell back to carrying out air strikes from beyond the range of Ukrainian air defense. Even when Russia attacked aircraft repair facilities and a military training camp in western Ukraine it was done from a safe distance over the Black Sea. In a way, Ukraine had established air defense “bubbles” that kept the Russian Air Force at bay and became the surprising “trump card,” as Wall Street Journal put it.

The arrival of small number of NASAM short to medium-range air defence system gave Ukraine the capability to create small, but lethal, exclusion zones as they were largely able to neutralise the frequent missile attacks being launched on city centres. Depending on the variant, each NASAM battery is able to defend 25 to 45 kilometres radius– effectively creating an air defence “bubble” large enough to protect a small city.

The air defense “bubbles” will only become larger, and more lethal as newer air defenses arrive in Ukraine. Germany has already announced its decision to supply the latest IRIS-T air defence systems in the coming weeks that has an operating range of up to 40 kilometres and the target detection range of 250 kilometres. But with limited numbers, it will be tough selecting the areas to be defended with the choice between defending major cities like Kyiv, Dnipro or the centres in the east like Kharkiv and Mykolaiv though with a combination of NASAM and IRIS-T all centres may get an air defence cover, to a reasonable degree. As a report by Le Monde notes, ballistic and cruise missiles are now regularly intercepted by Ukrainian anti-aircraft defence systems.

For the Russians, these air defence bubbles mean that they will increasingly find it difficult to carry out missile attacks on cities and logistic centres. The downside of this is an obvious shift of focus of missile and air attacks to frontline troops. This brings to fore the need to establish air defence bubbles over frontline troops especially those carrying out an offensive.

The frontline troops had another set of challenges as they faced not only fixed and rotary wing threats but drones as well that can exploit gaps in cover provided by area air defence systems. The need thus was of air defence systems that could take on low flying targets with short reaction time. Stingers seemed to fit the bill and the arrival of Stinger seemed to  tilt the balance more firmly in favour of Ukraine as small teams equipped with Stingers started taking a toll of Russian aircraft and drones. The training imparted by United States and other NATO allies was also instrumental in honing the skills of these small teams that were led by Sergeants. The success by Stingers aside, they are not the ideal systems to be used with the troops launching an offensive. The reason is simple. The soldier carrying the Stinger missile can ride along but still needs to jump out of the vehicle to launch his missile. This slows down his unit as also exposes them to enemy air.

Starstreak missiles provided by United Kingdom were also effective as they shot down helicopters and augmented the air defence cover. The large number of man portable air defence systems meant that Russian fighter pilots were almost compelled to fly within their  envelope in order to deliver their weapons, and suffer losses in the bargain.But these systems are not easy to tarin on. A report in The Times noted that Starstreak are the most difficult to master and can require weeks of training to use. Also, the problem of restricted mobility remained.

What was needed before the counter-offensive was a system that could not only move along with advancing columns but also be able to take on Russian aircraft and helicopters while on the move. The supply of “a handful of Stormers” in August helped and they were soon in action. Adding to this capability was the arrival of Gepardsthat fit the bill with its 2 × 35 mm Oerlikon GDF autocannons with an effective range of 5.5 kilometers.The induction of Stormers and Gepards provided Ukrainians a capability to take on low flying targets and defend their mobile columns. It is almost ironical that the Gepard was considered to be obsolete by the Germans and were earmarked to be  scrapped but they were not only adopted by Ukraine and used so effectively that they proved themselves to be the decisive system in the counter offensive. The man portable air defence systems added to the woes

The concept of establishing air defence bubbles to neutralise the Russian Air Force had worked to perfection. They have managed to largely neutralised missile attacks, better defend the cities and supply lines, and support the offensive. With lesser numbers, when it is not feasible to establish A2/AD zones, this is a workable way to create smaller exclusion zones and yet have the same effect albeit covering smaller but critical areas. This concept works for both rear areas as well as for the frontline troops.

The criticality of having SHORADs for the frontlines needs to be underscored as they are critical in countering the drone and other low flying threats. It is also important to remember that the way Air Forces adapted to the growing SAM threat in mid 1970s, the more advanced air forces will try to find ways and means to counter and defeat the air defence bubbles. For them to remain effective, air defences need to remain ahead of the curve and keep absorbing emerging technologies. Else the end for them may not be far.

One thought on “Ukraine and Return of Air Defenses”