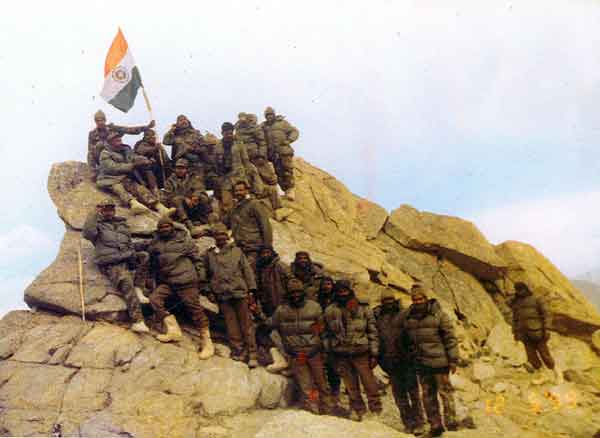 History is better viewed in a rear view mirror. This saying becomes ever more relevant when one looks back into the history of Indo-Pak rivalry. This month marks the 20th anniversary of Kargil Vijay Diwas which marked the end of the last full-fledged war between these two South Asian neighbours. Kargil Vijay Diwas is named after the success of Operation Vijay. On 26 July 1999, India successfully took command of the high outposts which had been lost to Pakistani intruders.

Although the war might have ended in 1999 but the ebbs and flows of the tensions between India and Pakistan still continue to be a worrying trend, considering the fact that the tensions have only increased over the years. The peak in the tensions came this year in February when 40 CRPF police personnel were killed and many others were injured after a car laden with 300kg of explosives driven by a Jaish-e-Mohammed (JeM) suicide bomber, rammed into the bus which was carrying 51 CRPF personnel. India retaliated by conducting airstrikes across LoC at Balakot targeting the JeM terrorist camps which were operating from the Pakistani soil and were responsible for cross border terrorist infiltrations.

The Pulwama attacks followed by Balakot airstrikes and further the counter-retaliatory airstrikes by Pakistan in which Wing Commander Abhinandan Vardhaman was captured and taken into custody by Pakistan almost brought the two nations into the brink of a war. Both nations being nuclear powers just added many complexities into the situation because it’s easy entering into a war but much difficult getting out. Once a war starts, it can spiral up the escalation ladder pretty quickly. The situation gets particularly worse when one not restrained by No First Use decides to use a low yield nuclear weapon against a military target – on forces which have captured its territory. India has, in its Nuclear Policy, stated a “massive response”.

Such a nuclear escalation can be catastrophic even globally. It is inevitable that major powers will intervene.  Although, India’s nuclear doctrine clearly states the policy of ‘no first use’ but such policies work mostly in ordinary situations. A war is mostly an extra-ordinary affair in the realm of international relations. Therefore, such policies of no first use are threatened to be discarded under huge public and political pressures. There have been many such instances in the last two decades vis-s-vis Indo-Pak rivalry when the government of the day in India was facing heat to retaliate heavily against Pakistan after incidents like 13/11 Parliament attacks and 26/11 Mumbai attacks.

At such times, a mature and deft diplomacy kicks in to assess the costs of a full scale war. The primary question is which country has more to lose in the case of war, because one thing which is true about wars is both sides are eventually losers, some lose less while others more. The question gains more relevance if a smaller state like Pakistan has got nuclear power which they might use irrationally even at the cost overall annihilation if India strikes back. In such a scenario, a larger, stable and economically prosper country like India would be affected much more in comparison to Pakistan which has got nothing much to lose, considering the fact that Pakistan throughout its existence as a nation-state has been a highly unstable country. In a nutshell, it would be a completely suicidal step for Pakistan if it ever decides to use its nuclear weapons.

Like a mature state, India has practiced restraint over the years even after many provocations from Pakistan in the last two decades. Sometimes, this overly cautious attitude to practice restraint by previous governments was seen as ‘dovish behaviour’ by a larger ‘hawkish audience’ both domestically and internationally raising deeper questions about the political intent of Indian state. At all such times, there was not a shred of doubt our military preparedness and the capability of India to strike back. After each attack, the Indian political class was in a dilemma between retaliating or to practice restraint.

Over the years, this had become a pattern of India’s responsiveness which irked the masses. However, this pattern changed significantly over the last three years since India decided to hit back with surgical strikes inside Pakistan post Uri attacks and recently the Balakot air strikes post Pulwama. However, the official statement stated that it was a “non-military pre-emptive action.

Extrapolating this argument, political commentators have written extensively that Modi government’s second tenure is a result of this decisiveness to strike back when the situation was adverse and the country’s masses were agitated after Pulwama attacks. Today, India’s relations with Pakistan have become much deeper and complex then they were ever before. Post Kargil, India has time and again tried to extend olive branches to Pakistan while in return India continued to get attacked.

Gone are the days, when India used to hold its punches back. Strong nation-states or those who have the ambition of becoming great powers ensure that if there is rain on their side, they ensure that there is flood on enemy’s soil. Today, India wants a seat at the higher table within the comity of nations which requires changes in India’s behavior as a nation-state. The good news is, India has taking great steps towards becoming a power to be reckoned with.