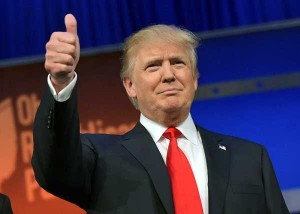 The US Government partial shutdown is continuing since December 22, 2018 as the US Congress did not agree to the funding of the Mexican border wall costing $5.7 billion.

This has been the sole dispute in passing funding bills for several Government departments required for the Federal operations in the new fiscal year starting October 01, 2018.

What is a shutdown

In the United States, a shutdown occurs when Congress fails to pass sufficient appropriation bills or continuing resolutions to fund Federal Government operations and agencies, or the President refuses to sign into law such bills or resolutions. A Government shutdown means that the Federal agencies must cease all operations and services deemed non-essential while essential functions such as airport security and law enforcement will continue to be performed. The temporary workers are sent home without pay while other employees must work without pay cheques.

The shutdown has entered third week, the second longest in the US History. The longest shutdown on record lasted from December 5, 1995, to January 6, 1996, when Republican House Speaker Newt Gingrich and Democratic President Bill Clinton faced off over taxes. This current shut down is going to be the longest if continued beyond January 12, 2019 The current shutdown has led to the closing parks and leaving hundreds of thousands of Federal employees without pay. The closures have affected around 25% of the Federal Government and around eight lac Federal workers. Many national parks are closed, immigration courts were suspended and scientific research has been put off.

The US -Mexico border wall is the core of contention. Why is it necessary? There is a 3145 kms long boundary between United States and Mexico that traverses through urban areas, terrain and deserts. So far the US Homeland Security has built 310 kms of foot patrolling fence and 248 kms of vehicle patrolling fence around California, New Mexico and Arizona. The US Customs and Border Protection has built 930 kms of fence. Total it comes to1488 kms of fencing out of a 3145 kms of boundary. As such more than 50% of the border and a vast area of US- Mexico border is unguarded.

President Donald Trump says that illegal immigration strains public resources and drives down wages, and that “vast quantities” of illegal drugs come over the Southern border, and “thousands” of Americans have been killed by undocumented immigrants over the years. Funding for a border wall was a component of a Trump’s core campaign promises. He has asserted that he could continue the shutdown for “months or even years” to force funding of the border wall and is considering declaring a national emergency to build the wall without congressional approval. President Trump is not in a hurry for a resolution to the impasse assured of the public opinion and his base on his side. He had stated that Mexico would pay for any such wall. He still maintains that as per the revised trade agreement North American Free Trade Agreement (NAFTA) with Mexico, ultimately the cost of the construction of this wall will be footed by Mexico, a position which has been challenged by the Democrats stating that to be nonexistent, There is, according to them, no provision of bearing the cost of the construction of the wall in the new trade agreement with Mexico. More so over Mexico never confirmed or even suggested it would pay for the project. Mexican President Andres Manuel Lopez Obrador said that he would not participate in talks on President Donald Trump’s wall, calling the issue “an internal US political matter.”

After November 06, 2018 elections, Republican Party holds the majority in the 100 member U.S. Senate. Republicans have 53 Senate seats now improving from their previous tally of 51 while Democrats have 45 only. Two seats are with independents, who often tend to side with the Democrats. In the first two years of Presidency, Trump had majority in both the houses of Congress. Now things have changed. The Democrats have taken the majority control of the House of Representative having 235 seats in a 435 member house. Democratic leader Nancy Pelosi is in a position of calling shots and she has assured that there would be rapid passage of legislation to re-open the Government but without funds for the border wall.

President Donald Trump has also rejected his own administration’s offer to accept $2.5 billion for the wall negotiated by Vice-President Mike Pence and other top officials met with Democrats. He is not ready to accept anything less than $5.7 billion that he has demanded. He did not even take his Christmas and New Year vacation at the Palm Beach, Florida and preferred staying at the White House taking to twitter to make his argument. According to a Reuters/Ipsos poll, with 47% of those surveyed are blaming the president, 33% blamed Democrats in Congress, and 7% blamed congressional Republicans. Numerous polls show that most Americans don’t want Trump’s border wall. According to the abovementioned Reuters/Ipsos poll , found that only 35% of people surveyed wanted Congress to include wall funding in the spending bill, and only 25% of people actually supported Trump shutting down the Government because of it.

President Trump has threatened to declare a “national emergency” that would allow him to build a wall without congressional approval, but such a move is fraught with legal obstacles. A group of Republicans are demanding the Senate to take up legislation to end the shutdown. Democrats argue that Trump’s crisis is manufactured to score political points. They have insisted the president agree to reopen the Government before continuing negotiations over the most effective way to improve border security. The world is keeping its finger crossed to see who blinks the eyelid first; President or Congress. The fight is reaching its final stage.