Troika Plus on Afghanistan 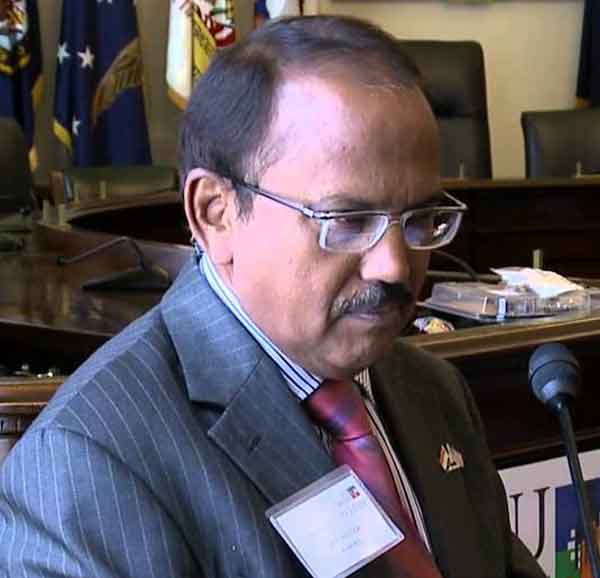 The NSA-level Third Regional Security Dialogue on Afghanistan hosted at New Delhi on November 10 culminated in the Delhi Declaration calling for: support for a peaceful, secure and stable Afghanistan and non-interference in its internal affairs; Afghan territory not to be used for terrorism; collective cooperation against radicalization, extremism, separatism, and drug trafficking; need for open and truly inclusive government in Afghanistan; importance of UN in the region; protect fundamental rights of women, children and minorities; humanitarian aid to Afghan people, and; continued dialogue on Afghanistan.

China and Pakistan did not attend the Delhi meeting, indicating their agenda on Afghanistan is different, Taliban’s foreign ministry welcomed the Delhi conference and said they have already fulfilled the demands raised in the meeting. Inamullah Samangani, deputy spokesman for Taliban’s foreign ministry, told media, “The Islamic Emirate (Taliban) welcomes the India meeting. We are trying to take solid steps in governance, and countries should not be worried about Afghanistan soil being used against anyone.”

Above claims of Taliban however is in contrast to ground realities including treatment of women-girls and minorities, religious intolerance, deprivation, restrictions and killings.  Shia are periodically targeted by terrorists. Bodies of a civil society activist and three other women were recently found in a house in Mazar-e-Sharif. Frozan Safi, the activist, was desperate to leave Afghanistan because she feared for her life under Taliban rule. Who would have her killed other than the Taliban?

The Delhi conference underlined the terror threat from Afghanistan. This was also emphasized by Rear Admiral Ali Shamkhani, NSA of Iran. According to Nikolai Patrushev, Secretary of the Security Council of the Russian Federation, there are more than 20 terrorist groups operating in Afghanistan including 23,000 terrorists.

On November 11, Pakistan hosted a meeting of the Troika Plus on Afghanistan. Troika comprises Pakistan, Russia and the US, which was joined by China. Afghanistan’s interim foreign minister, Amir Khan Muttaqi was already in Islamabad on a three-day visit on special invitation by  Pakistan to attend the Troika Plus meet. The US statement on the meeting says that the extended Troika met with senior Taliban representatives on the “sidelines” of the meeting. But whether Muttaqi was part of the Troika Plus meet or was met on the sidelines of the meet is the same thing.

The Troika Plus joint statement included: grave concern over humanitarian crisis and economic situation; committed to sovereignty and integrity of Afghanistan free of terrorism and drug related crime;  Taliban’s commitment allowing safe passage to and from Afghanistan; need for inclusive government in Afghanistan; equal rights for women-girls in all societal aspects and equal access to education; continue practical engagement with Taliban; Afghanistan to operationalize countrywide airports for humanitarian assistance and ensure unhindered access to aid;  Taliban to cut ties with international terrorist groups and deny Afghan soil for terrorist activities, develop friendship with neighbours and uphold Afghanistan’s international  obligations, and; continue focusing on measures to ease access to legitimate banking services for Afghanistan.

Fundamentally there is no difference between the Delhi Declaration and of the Troika Plus. Execution of all this is primarily by the Taliban but indications on ground are not very encouraging given the hardcore ideology of Taliban which would be very difficult to change, if at all. Besides, narcotics generate huge finances for the Taliban and India is witnessing an upsurge in narcotics smuggling from Afghanistan since the Taliban takeover.

Three issues in the Troika Plus meet are noteworthy. First, the Taliban will need foreign assistance to make countrywide airports functional for civil commercial aircraft. This is where China will jump in. Chinese presence already is at Bagram airfield. Such presence will include PLA regulars, intelligence and specialized personnel in garb of civilians.

Second, with regard to “continue practical engagement with Taliban” and US-Taliban together on Troika Plus ‘may’ be prelude to recognition of the Taliban regime at some point of time. Presently, the US has designated Qatar to represent its interests in Afghanistan. But the US is quite capable of recognizing the Taliban regime irrespective of whether the UN does so earlier or not. After all, the US signed the peace-deal with the Taliban in February 2020 keeping the Afghan government and knowing the eventual outcome. America may perceive recognizing the Taliban government would help influence the Taliban better.

Third, taking the precarious economy of Afghanistan and the Chinese financial assistance to Kabul, the US perhaps plans to unfreeze Afghan money frozen in the US concurrently to recognize the Taliban government. Alternatively, money could be released in small installments corresponding to Taliban permitting balance US citizens in Afghanistan and US-supporter Afghans desirous of leaving Afghanistan to go out.

Amir Khan Muttaqi told the Troika that there are no anti-Pakistan elements in his country since the reasons for the conflict that did exist had been eliminated. He was perhaps referring to the one-month truce between Pakistan and the Tehrik-i-Taliban Pakistan (TTP) that came into force on November 9. What happens when Pakistan releases 102 TTP cadres and leaders from its prisons is yet to be seen. But then there is the Islamic State (IS) which continues to target the Pakistani establishment as well as the Taliban.

In December 2016, General John Nicholson, Commander, Resolute Support and US Forces Afghanistan had told the media that of the 98 US-designated terrorist groups worldwide, 20 were in Afghanistan. As mentioned above, Russia’s Nikolai Patrushev has now said there are more than 20 terrorist groups operating in Afghanistan. So the AfPak region today is a bigger boiling terror cauldron. One American view is that by making the Joe Biden regime recognize the Taliban government, the US is once again falling in the noose of Pakistan.

India announced 50,000 metric tons of wheat in humanitarian aid for Afghanistan. Pakistan initially denied the land access but has now agreed. However, there are issues that our government must already be considering: will our trucks be allowed to travel all the way to Afghanistan and back or will there be transshipment; pilferage in case of transshipment, and; ambushes en-route which the ISI may spring through terrorist organizations. Recall the massive pilferage of US logistics via Pakistan to US troops in Afghanistan over the past two decades and convoys attacked on the Pakistan-Afghanistan border?

With our embassy in Kabul shut, who will coordinate delivery of the above aid at the other end and what about refueling of the trucks along the way and in Afghanistan? Which embassy out of the ones functional in Kabul (Russia, Iran, Kazakhstan, Kyrgyzstan, Qatar, Tajikistan) will help and what about security along the route?

No doubt 50.000 metric tons of wheat as aid is a very noble gesture. It can only be transported via land through Pakistan or the sea-rail route via Iran as transportation by air will be prohibitively expensive. This may take considerable time. China and Pakistan are among the nations that have already delivered humanitarian aid to Afghanistan because of their proximity to Afghanistan.

We must acknowledge that early humanitarian aid has a psychological impact especially with the misery and onset of winters the people of Afghanistan are facing. Post the Delhi Declaration, Afghanistan’s former Member of Parliament Shukria Barakzai told the media in London during an interview, “We have no clue what India wants to deliver through the NSA meeting on Afghanistan. There is an immediate need for humanitarian aid, but it is disappointing that various countries are speaking about it but there is no action.” India could consider some humanitarian aid to Afghanistan by air in addition to the 50,000 metric tons of wheat. This could be one-time or at suitable intervals over Pakistan or the air corridor via Iran.