The first orbital flight of X-37B (called as USA-212) the United State’s (US) space plane was launched on an Atlas V rocket from the Cape Canaveral Air Force Station, Florida on Apr 22, 2010. This aircraft has been placed into the low earth orbit (LEO). The craft is designed to remain in the orbit for nine months. However, the US agencies have not indicated about the stay-in-orbit period. After finishing the mission such aircraft are expected to de-orbit and land at the predestinated location (runway) on the earth. Fundamentally, this platform could be viewed as an updated version of the space shuttle1. However, this craft does not carry any crew, but relies on onboard sensors to undertake all tasks. Not much information is available of the actually payloads of board of this platform. 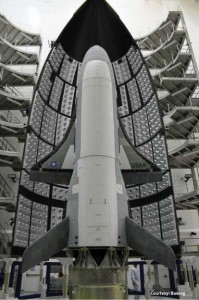 As per the US officials such aircraft are intended to serve as platform for experiments and to offer insights on transporting satellite sensors and other equipment to and from space. The US agencies are tightlipped about the exact mandate for the lunch. Also, no information is coming forward in regard to the exact purpose of such missions with one more mission planned for the future (another X-37 spacecraft it expected to fly by 2011).Chinese sources have claimed that the X-37B flight which would be the first space craft to carry out an autonomous re-entry in the history of the US programme might trigger an arms race in space. The ‘China Daily’ had described the launch of the X-37B as an US attempt to start an arms race in space. The Chinese analysts feel that such crafts hold potential military value. They can be used as platform for launching space weapons and also serve as combat-support systems. They can also destroy other nations’ satellites2. As per Mr John Pike, director of globalsecurity.org, one of the inherent values of the X-37 could be as a maneuverable satellite which could be used to look over China’s shoulder one day, yet evade any attempts to shoot it down3.

Since 1980s a concept is being floated called the “rods from god.” “¦ then they could make militaries capable enough to destroy underground, hardened nuclear facilities.

This experimental launch carried out by the US is not the attempt to weaponise the space by any state. In fact it was China which is now criticizing the US was instrumental in raising the ante in regards to security of space assets/satellites in the recent past. On January 11, 2007 China shocked the entire world by destroying its own aging weather satellite. They had launched a missile to destroy this satellite by using a kinetic kill vehicle (KKV) warhead.

This destruction of satellite had lead to the creation of huge debris in the space with a potential to harm other satellites orbiting in the space. This test by China was a clear depiction of its intent to prove to the world about its ASAT (anti satellite) capacity. In the past during mid-eighties both US and Russia (erstwhile USSR) had demonstrated this capacity however, they had stopped testing because of the debris issue. 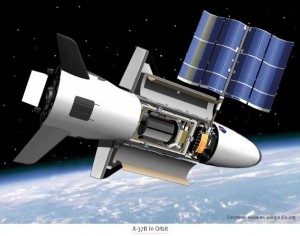 Within a year of the Chinese ASAT test on February 21, 2008 the US used an opportunity to destroy its malfunctioning satellite to demonstrate its capability in this filed. The US military spy satellite (USA-193) within few days after its launch had started malfunctioning and its orbital decay (reduction in the height of the satellite’s orbit) had started. The satellite was expected to enter in the earth’s atmosphere. The US successfully destroyed this satellite by using SM-3 missile from one of its warships. The US missile had defragmented this satellite in very low orbits (240 km) just above the earth’s atmosphere to avoid the problem of debris4. Also, by doing a test from a warship the US had demonstrated that their ASAT weaponry/platform is fixable in nature5.

All the three incidents narrated above indicate the importance of space dominance for major powers. For last couple of decades space is being viewed as an area of great strategic advantage. The 1991 Gulf War demonstrated, among other things, what can happen when a nation that does not enjoy the benefits of space exploitation wages war against one that does. In that conflict, the US enjoyed a virtual monopoly on access to space-based surveillance, communications, and navigation support6.

In Kosovo conflict the NATO alliance reportedly used various satellite systems to their advantage.7 Similarly, in the Afghanistan theatre the overall concept of operations is dependent on inputs received from various satellites. The aircraft in such conflicts were guided from satellites for accurate delivery of bombs over the target. Many air assaults were made by using GPS guided weapons like JDAMS (Joint Direct Attack Munitions). In fact, the US had used the same technology when the Chinese Embassy in Belgrade was accidentally (?) bombed during the NATO air offensive against Yugoslavia8.

Today, states like the US are essentially not allowing any international treaty on banning the usage of space weapons because of their relevance for any Missile Defence system.

However, such usage of space technology predominantly since 1991 for the military purposes is not been challenged either by the UN or by any other nation. This is because the usage of the technology has been in the field of remote sensing, surveillance and reconnaissance, broadcasting and communications, and navigation and such usage is perceived fair. There could be two reasons for it. First, satellite technology is inherently a dual use technology. Satellite communication and navigation has many utilities in the non-military filed. Satellites are frequently been used for the purposes for identifying the weather patterns and for the purposes of land and water resources management.

The problem arises when technological means are used for the purposes of damaging other country satellites or damaging own satellite and creating debris which in turn could cause damage to another countries space assets. Also, theoretical possibilities exist for putting weapons in the space which could be activated as per the requirement. This is called ‘weaponisation of space’. Presently, it appears that the extension of military weapons in the space could become a priority for space faring nations. 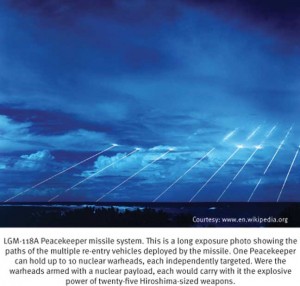 This is because they may need to project their civilian and military assets in the space. The danger to space assets could be from both space faring as well as space novice nations. To cause damage to other country’s space assets it is not mandatory to have possess space weapons. Any missile technology savy nation could develop ASAT technology. Also, ground based lasers could be used for jamming the satellites.