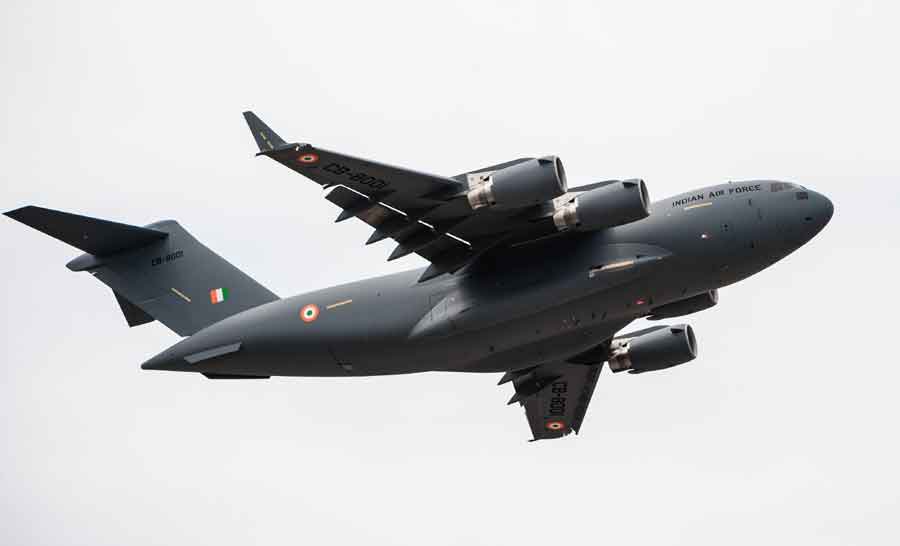 With profound changes in the geo-political environment following the demise of the Cold War and the emergence of a new world order, fresh equations with the western world have emerged, most notably by way of a strategic partnership with the US. Dependence on foreign sources has also been aggravated by the total lack of indigenous capability to manufacture military transport aircraft, rhetoric to the contrary in this regard from the aerospace industry and the leadership notwithstanding. Consequently, the IAF now has options and opportunities for induction of the latest technologies hitherto not accessible. And the IAF seems to be making good use of the opportunity to upgrade its transport fleet and thereby enhance its operational capability.

The first lot of aircraft to populate the relatively less glamorous transport fleet of the Indian Air Force after the Partition was the Douglas DC3 and its derivative, the C47 which was the ubiquitous Dakota, affectionately referred to as the “Gooney Bird”. The primary peacetime role of the transport fleet was air maintenance of troops deployed in forward locations. However, the role played by the fleet of Dakotas in saving the Kashmir valley is well documented and needs no iteration. The fleet was augmented in the period 1954 to 1963 by the twin-piston-engine Fairchild Packet C119G.These were acquired second hand from the US – some purchased at low cost and few came gratis. Later, a jet engine was installed on top of the fuselage to run on the 130/145 High Octane Avgas on which the two piston engines operated. This unique modification by Indian engineers significantly enhanced performance of the machine and its operating safety margins.

The renowned American King of Comedy, Bob Hope is reported to have travelled to Korea during the war there to entertain US troops. When queried by the media on landing in Korea as to what the figure 119 in the name of the aircraft he travelled on signified, in his characteristic and inimitable style he muttered, “Must be the year of manufacture!” Despite Bob Hope’s snide remark, the C119 in its time was a modern aeroplane capable of operating effectively in hot and high conditions from semi-prepared surfaces with handsome payload. Typical of American design, the ergonomics of the cockpit were excellent. The aircraft was designed and built for supreme crew comfort and efficiency. However, this was not the case with the passengers who were exposed to extremely high levels of vibration and noise especially on take-off.

Operationally, the C119G was well suited for airborne assault operations and aerial delivery of paratroops, heavy equipment such as medium artillery and light vehicles such as the Willy Jeep directly into the battlefield. These capabilities were effectively demonstrated in the airborne assault operations in Bangladesh in December 1971. Despite lack of pressurisation, the aircraft set a number of records in high altitude operations landing on a regular basis on semi-prepared airstrips in Ladakh at Thoise (9,800 feet Above Mean Sea Level or AMSL), Fukche (13,800 feet AMSL), Daulat Beg Oldi (16,000 feet AMSL) and at Leh (11,500 feet AMSL). In the period March 1961 to July 1963, the four engine turboprop AN12 of ten-tonne payload capacity and the much smaller twin piston-engine IL14 were procured from the Soviet Union. The IL14 and the AN12 fleets were retired from service in the early nineties.

Modernisation in the Eighties

After over three decades of yeoman service, the fleet of C119G was retired from the IAF in the early eighties to be replaced by over 100 of the Antonov AN32 acquired from the Soviet Union. Since then, along with the AN12 and the 43-tonne payload capacity IL76, also acquired in the mid-eighties, constituted the mainstay of the transport fleet of the IAF. These two aircraft played a crucial role in induction and support of the Indian Peace Keeping Force in Sri Lanka in the period July 1987 to March 1990. Also in 1988, two IL76 aircraft of the IAF along with para commandos of the Indian Army undertook an emergency mission to the Maldives in response to an appeal by the government there for military intervention. The island nation was confronted with a serious threat by way of invasion by mercenaries sponsored by forces inimical to the government of the Maldives. Timely intervention by the expeditionary force foiled the attempt by the invading forces to overthrow the government of the island republic.

A Challenge before the Private Sector

Apart from the fleet of medium tactical airlift AN32 aircraft and the strategic airlifter-the IL76, the IAF also possessed few smaller transport aircraft such as the piston engine De Havilland Caribou DHC4 and Otter DHC3, both of Canadian make, the turboprop Hawker Siddeley HS748 Avro from the UK and the Dornier 228 from Germany, both produced under licence by Hindustan Aeronautics Limited (HAL). Of these, the Caribou and the Otter were retired several years ago. The DO228 continues in service in the training and light transport role and the IAF is currently evaluating options for the replacement of the 40- odd that remain in service with the fleet nearing the end of its technical life having undergone mid-life upgrade a few years ago.

The C119G’s capability for airborne assault operations and aerial delivery of paratroops were effectively demonstrated in Bangladesh in December 1971.

The more viable and practical option would be to identify aircraft in this category in the global market already proven operationally and explore the possibility of collaboration with the concerned Original Equipment Manufacturer (OEM). While it is encouraging that the IAF is at least beginning to think along these lines, it would need to be proactive to drive the project and not remain a mute spectator as has been the case with the other indigenous aircraft development projects with HAL so far. The price of indifference will be unaffordable.

The pronounced tilt towards the Soviet Union in the regime of military hardware was essentially a fallout of the Cold War. In those days, Soviet military aircraft were rugged, lacked technological sophistication when compared with equipment of similar vintage of western origin and came at a much lower acquisition cost on extremely favourable financial terms. Given the option, the IAF would have preferred western technology but the primary impediment to this aspiration was political.

Driven by a resurgent economy, India has been on a growth trajectory for the last decade and a half and is now set on a path to emerge as a regional power that would confer upon the nation a new role and enhanced responsibilities for maintaining peace and stability not only in the immediate neighbourhood but also in the region. On account of compulsions of energy security and broad economic interests, India will need the capability for projection of power and speedy response to contingencies to safeguard her interests that would now extend from the Middle East and the Central Asian Republics to South East Asia.

With profound changes in the geo-political environment following the demise of the Cold War and the emergence of a new world order, fresh equations with the western world have emerged, most notably by way of a strategic partnership with the US. Dependence on foreign sources has also been aggravated by the total lack of indigenous capability to manufacture military transport aircraft, rhetoric to the contrary in this regard from the aerospace industry and the leadership notwithstanding. Consequently, the IAF now has options and opportunities for induction of the latest technologies hitherto not accessible. And the IAF seems to be making good use of the opportunity to upgrade its transport fleet and thereby enhance its operational capability.

One thought on “Transport Fleet of the Indian Air Force”