Time for a Women Empowerment Commission for the Armed Forces! 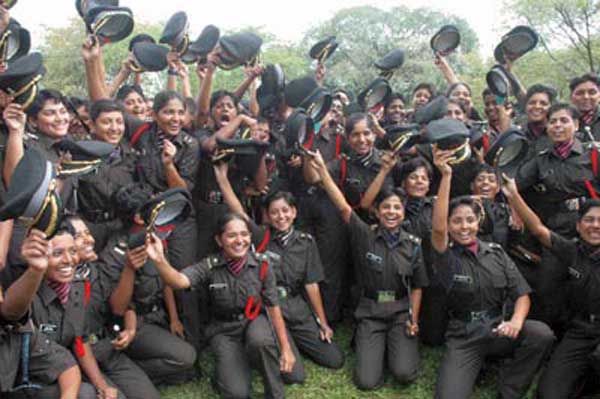 Thomas Hobbes, a sixteenth century English Philosopher and one of the pioneers of the ‘Realist’ theory in his work ‘Leviathan’ has described ‘Man in state of nature’. He says that in absence of state, “it is a war of everyone against everyone. Man’s life, nasty, brutish and short”. Substitute ‘soldier’ for man, and the above phrase aptly described the battle field where it is the law of the jungle that prevails. Armed forces training and routines are organized to create these conditions in peace time so that the soldiers, sailors and airmen are prepared to face this deadly contest and emerge victorious in war. Victory is the only option in war. The concepts of equality, morality, and ethics are irrelevant in the context of war. In any case, it is the victor who has the last word on what is right.

But, by far and large, Indians in the past millennia posited the concept of ‘Dharma-Yuddha’, possibly because of the Indian epics. This was a movement away from reality, and produced terrible consequences. ‘Surprise and Deception’ is a principle of war. The armed forces are there to cheat and deceive the enemy so that they can defeat him. Is it any wonder that the Indian military history, by far and large, reads like a chronicle of military disasters?   Only realists, and not idealists, can prevail in war. Our national effort has to be directed to make the war fighting machine more effective and efficient, and in that order. It would only be appropriate to interpret the ruling of the Supreme Court on 20 September 21 against this background. The objective should be to utilize to that end—greater effectiveness and efficiency of the armed forces—the special abilities and skills natural to women. Law does treat men and women as equal but not nature. Special requirements of women like maternity-leave, and so on, have to be met. Does it sound like and effort to square the circle? Not quite, but almost.

The UPSC has already acted upon the decision of the Supreme Court. This means that in addition to Army Medical Corps, women will be eligible for commission into all the three-armed services.

At the outset we wish to make it clear that we are not opposed to women joining armed forces and sharing the burden of defending the nation. Our only concern is that this change should enhance the ability of the armed forces to fight and win wars, and do so efficiently.

The best approach would be to determine the slots that can be filled by the woman officer by replacing the present male counterpart; and conversely, where such replacement is not desirable or feasible. Some general considerations would have to be laid down, for example the following in the case of the Army:

(1) The possibility of a woman officer being taken a prisoner of war, or getting into close combat minimal;

(2) A minimum of two women officers must be posted;

(3) A woman officer with a child of less than six months of age should not be posted to a non-family station.

The above, when translated into practical terms would mean that women officers can only be posted either in peace stations, or on own side of divisional boundaries in case of operational divisions.

Having undertaken such an exercise, it should be possible to arrive at the number of women officers that can be absorbed by each Service. Among the slots that can be filled by women officers, those where female attributes would be of benefit to the Service should be specially earmarked.

While undertaking such an exercise the standards should not be lowered. At this stage a check should be carried out to determine promotion prospects for women officers without showing special consideration.

Assuming that only the highly motivated women would opt for the armed forces, it is quite likely that they would be comparatively more enthusiastic and committed, they may improve upon the overall effectiveness and efficiency of the armed forces. If this were not to happen, nothing would be gained. It is obvious that the additional effort on the part of the organization by way of adjustments and special care would only lead to frustration.

The Navy and Air Force would have to decide whether the slots in submarines, or fighter squadrons can be open to women considering that the modern aircraft puts the body under tremendous stress of gravity or G that is several times the normal. What would be the impact on a pregnant woman pilot would have to considered. This is just one of the hazards. Similar is the case of undersea environment. In case of the Army the living and fighting environments change rapidly as one moves forward towards the frontline. The living and fighting environment in the front line is very demanding. The sense of privation is overpowering. It can adversely affect the fighting potential of all individuals unless the hardship-training is rigorous and deliberately undertaken. Two third of the army is deployed on the border that is ‘live’. Here beside enemy, the nature itself is harsh.

The conditions under which a soldier, sailor or air warrior works are defined as much by the nature, as the equipment, and enemy. None of these can be altered to create supportive work environment for women.

At some future date as battlefields are dominated by Robots and artificial intelligence, it would cease to matter whether it is a man or a woman that is fighting the war. But we are yet far from that situation.

Given the complexities of the living environment and battle field conditions, it would be best to leave to the professional leadership of the armed forces to identify the slots, appropriate training institutions and processes that would make use of unique talent that women possess.

To achieve the purpose as above, a commission comprising professionals, judicial representatives and women’s organization should be constituted to study the whole issue in depth and make appropriate recommendations. The current exercise of blanket equating of men and women without regard to its effects on armed forces’ ability to carry out its task is fraught with danger as we face a two front threat.

It is open to the Government to approach the Supreme Court with a request that they may approve of the Government appointing such a commission so that the matter is considered in depth. The Commission could be asked to come forward with their recommendations in a matter of couple years.

In the meantime, the admission of women in the NDA could be put on hold. This delay would cause no great harm. On the other hand, decisions taken without a comprehensive and detailed study of the matter could produce an adverse impact on the effectiveness and efficiency of the armed forces which may not even be immediately visible.