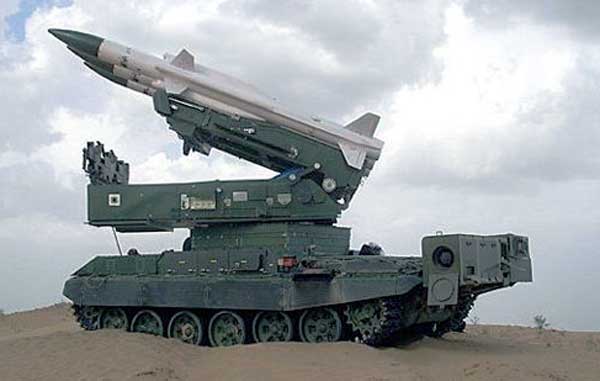 There are questions as to why Ground Based Air Defence Weapon Systems (GBADWS) must be deployed in a layered and tiered fashion to provide an optimal degree of air defence cover to the assets being protected against a possible air threat from the adversary. The following paras aim to remove the cobwebs of confusion in the Air Defence SAM inventory and highlight the significance of the latest tests of Medium Range SAMs (MRSAMs) conducted by DRDO and IAI of Israel at the Integrated Test Range (ITR) at Chandipur off the coast of Odisha on June 30 and July 01, 2016.

Keeping the current and the futuristic air threat in mind, whatever may be the range and depth of SAMs that may be deployed at higher ranges and altitudes, the end game at the terminal end was most critical…

Around the late sixties, air threat was mainly prosecuted by the binary power of aircraft and helicopters; both fair-weather machines of first/second generation with such munitions as front guns and unguided bombs and rockets. On the other side, the Vulnerable Areas/Points (VAs/VPs) to be protected by GBADWS were limited and essentially required fair weather protection from the above said threat vehicles, largely executing their end game in the visual domain. The resultant trend was to deploy multiple rings of terminal AD guns around the vulnerabilities to be protected in the ‘point defence’ mode or go for ‘carpet layouts’ (increasing densities of guns) where the VA/VP was that critical. As time rolled, two dimensions of the air threat became increasingly visible. First was the multiplicity of air threat vehicles and the second was the exponential rise in their range and reach. In that, the erstwhile binary pair of aircraft and helicopters was joined by UAVs/UCAVs besides ASMs/Cruise Missiles/ARMs and more. Also, as time rolled, the technology made possible quantum jump in all-weather capability, longer range, deep strike, precision and stand-off capabilities of the attackers. In short, the sting of severity and lethality in the air threat vehicles got a paradigm upward shift over time.

Faced with all the above and more, the air defence warrior has been through huge challenges. His side of the macro-picture developed as in the following paragraphs.

The air defence warrior has been through huge challenges…

Over time, the sheer numbers of VAs/VPs saw a tremendous exponential rise, as more and more assets came under the ‘attack-able reach’ of constantly re-vamping air threat vehicles. It soon became impossible to protect each one of them in the ‘point defence’ mode. ‘Point defence’ as a concept not only proved impossible because of sheer growth in the number of VAs/VPs, but also, it proved totally ineffective in the face of all-weather, multiple platform, multiple-layer, multiple-arsenal air threat, delivered with needle-like precision at large stand-off ranges in the BVR domain.

The defenders realised that instead of point defence of VPs, the need was to create an area air defence capability on a theatre grid. Such an arrangement must be capable to detect the threat at long ranges and be capable of inflicting punishment through multiple GBAD weapons, in successive range-reach and altitude brackets from long to medium to short and terminal ranges.

From the above felt need, was born the concept of layered-and-tiered defence. The idea was to create a theatre-wide defence through long range, medium range and short range SAMs, namely the LR (Long Range) SAMs, MR (Medium Range) SAMs and SR (Short Range) SAMs respectively creating overlapping arenas of range and altitude kill zones with seamless switching from one weapon system to other.

Clarifying the Reigning Confusion in the SAM Hierarchy

Having briefly placed the evolution story of the layered and tiered defence as a part of IADS in place, it is now possible to clear the cobwebs of confusion in AD SAMs. As constituents of the IADS, the SAM hierarchy are as under:

The Akash was initially seen as the future MRSAM to replace the 1970’s vintage, Kvadrat SAM system (SAM-6) of the Army AD…