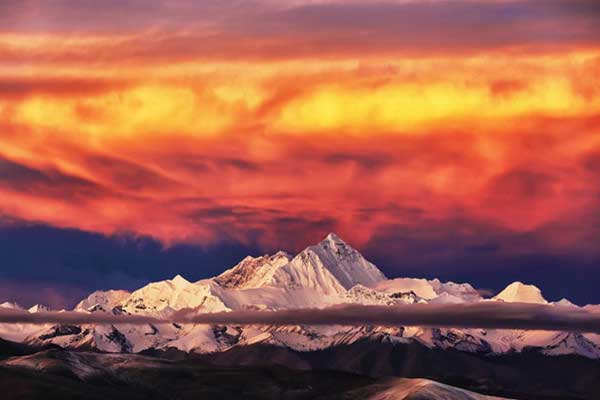 Historically water has been the most important resource, strategic tool and cause of many conflicts before oil became strategically relevant in 19th and 20th Centuries.  By next one or two decades, the history will repeat itself because of shortage of water to satisfy growing population, and its potential of being used as a strategic tool will soon make it a burning issue in international relations.

According to the World Bank, China’s per capita water availability is about one-third of what’s available to the rest of the world. In other words, China has to accommodate one-fifth of the world’s population on 1/20th of its water. With growing population, urbanization, and industrialization, it needs more water supplies. It has therefore embarked on highly ambitious and technologically challenging projects to  physically divert trillions of gallons of water from the relatively water-rich South to the water starved northern regions. These projects are complex technological as well as financial challenges for China, and it is leaving no stone unturned to make them succeed, because the need of drinking water is inescapable.

While the projects involving Yangtze or Yellow Rivers do not affect India, but the Three Gorges Dam and tunneling project to Xinjiang would affect South Asia adversely. As it is most of the rivers in China are polluted, but the pollution getting passed over to India would be a serious concern. The displacement of original residents of these areas due to rerouting of the rivers, and deployment of technical and project related manpower may also add on to its effort to alter the demography of Tibet leading to further sinicisation of Tibet.

In end November 2017, alarm bells were ringing due to unusual extra silting of Siang River. Up to ten inches of sediment accumulated on some stretches of the riverbed with fishes dying. The State Water Quality Testing Laboratory (SWQTL) declared the water is unfit for human consumption. A little earlier the news about Chinese engineers testing techniques to build a 1,000km tunnel to divert the Yarlung Tsangpo River in southern Tibet to the Taklimakan Desert in Xinjiang led to enormous concerns shown by India and Bangladesh, due to the fear water shortage/ polluted water in lower riparians. There was adequate room for suspicion about the connection between the two, although China denied it later. Some also seem to suggest that an earthquake of in Nyingchi region of Tibet on November 18 could have a connection with it.

From Chinese point of view if Belt and Road Initiative (BRI), (which has been enshrined in their constitution) has to succeed then Xinjiang including Taklimakan Desert( having 90 percent area unsuitable for human settlement) has to be developed as a major transit and population hub to connect with CAR and further West, which is not possible without adequate water.  If it is inescapable, Yarlung Tsangpo River, which becomes Brahmaputra River after it enters India, is an obvious major source. Although China may claim it not be a cost effective and technologically feasible venture today, but it would be difficult for China to resist such a venture, once the technology matures. In case nuclear technology is used for tunneling, the seriousness of concern for pollution multiplies manifold.

It may be noted that Brahmaputra River accounts for 29% of the total run-off of India’s rivers, is key to India’s river linking project and Brahmaputra basin possess about 44% of India’s total hydropower potential.  It also needs to be noted that Indian requirement of water will be double of existing requirement, but the sources will not expand in the same proportion, unless concerted action is taken.  The rising demand and extensive use coupled with climate change will further aggravate security problems in India.

No Water Treaty with China:  Isn’t it too dangerous for India and South Asia?

China does not have any water treaty with India, which gives enough leverage to it, to restrict flow of water through dams and water diversion projects on Yarlung Tsangpo River/ Brahmaputra River affecting lifeline for Indian Northeastern states and Bangladesh. Lack of water treaty between India affects other rivers like Indus, where, Pakistan can also be affected besides India (being the middle riparian). While India has been responsible enough to treat water as ‘Global Common’, and has signed the treaty with Nepal, Bangladesh as well as Pakistan, but China despite having established sovereignty over Tibet in 1951, is yet to sign a treaty with India.

China is an upper riparian on the Indus, Brahmaputra, Mahakali, Gandaki, and Kosi Rivers, all of which originate in Tibet. Public statements indicate that China believes in a policy of absolute sovereignty over these rivers and does not want itself to be tied to any kind of water sharing arrangement. It gives rise to a suspicion that China may use it as a strategic weapon by reducing its flow into India by excessive damming with an excuse of moving towards clean energy (hydropower from coal), or by river linking /diversion projects, at a time when India needs it most, or cause excessive flooding when India does not need it.

In future water will be as critical resource as oil. The pollution of water, like the alleged case in Siang River can be used as strategic tool, although Chinese Government denied any involvement in it, in terms of tunneling or releasing the waste.

I think it is high time that India, Bangladesh, as well as Pakistan talk to China about getting into a treaty for sharing of water, which is the most important global common. It needs to be noted that India has not abrogated/tampered with Indus Water Treaty with Pakistan even during hostilities. In fact India has not being using the allotted water by the existing treaty, and when it indicated to do so, Pakistan has gone to International court of Justice. With Bangladesh, there have been some problems with Teesta water treaty, but they are surmountable.

In case of Chinese diversion of water, both India and Bangladesh will face acute shortage of water, which will strain inter se relations between India, China, Bangladesh and Pakistan.

It is therefore necessary that water treaty must become a crucial subject of discussion with China bilaterally, as well as multilaterally between affected countries in common forums.  If China continues with the lack of transparency over its project, and chooses not to adhere to the Memoranda of Understandings, the mistrust between the countries will continue to increase and may lead to serious situations in future. It is therefore necessary for both countries to set up a joint institutional mechanism to encourage further cooperation on disaster management, climate change and environmental protection.

India needs to make a serious attempt to engage China on water issues. Maintaining only a hydrological data sharing arrangement with Beijing is not good enough. India has to realize the fact that once the water problem becomes serious, it will be very difficult to engage China because at that point of time China will not be ready to make any compromise with its own water security.

Besides growing water scarcity and the measures adopted by China to use the water resource of Tibet as its sovereign property are a cause of serious strategic and security concern. While water is a global common but continued avoidance of China to enter into any bilateral/multilateral treaty with downstream countries has been causing a suspicion about its intent of using it as a strategic tool. It may cause serious water security problems to its lower riparian states like India and Bangladesh. Tibet being roof of the world is source of water to almost ten countries and 40 percent of world population including China.

Restricting sharing of hydrological data to prevent calamities and pollution of water can be another security concern. There has been suspicion expressed in various media sources that China during Doklam standoff released the hydrological data to Bangladesh much earlier than India.  While India has to pay for such data to China, but India provides it free to all lower riparian. This hydrological data is of great importance to the Indian side to predict or prepare for flood and to mitigate flood damage, as it happened in case of Pari Chu lake incident last decade, when information was provided by Chinese and a major calamity was avoided.

In absence of any water treaty, China retains the hydro-strategic leverages in respect of South Asia. When India was putting pressure on Pakistan for their terrorism support in terms of Surgical Strikes and threatening to review Indus Water Treaty, China is believed to have blocked a tributary of Brahmaputra in Tibet. It was noticed as a show of support for Pakistan. The 4.95-billion-yuan project ($740 million) can store up to 295 million cubic meters of water. With such storage of water China will have some capability to release extra water when India does not need it, and stop the same when it faces water shortage. Pollution of water is another concern which lower riparian have to watch out. It is therefore necessary that water treaty must become a crucial subject of discussion with China bilaterally, as well as multilaterally between affected countries in common forums.