The fate of Tibet was sealed and the consequences followed one after another, the first being the signature in Beijing in May 1951 of the “˜Agreement on Peaceful Liberation of Tibet.

“… In view of dangers of present situation and drift to war, any attempt which prevents war and safeguards interests of China should be welcomed by Chinese Government. … We suggest to you to clarify our position to the Chinese Government both in regard to Tibet and wider issues in as friendly a manner as possible.”

Tibet had been sacrificed for “wider issues”.

Efforts to revive the case in the UN continued for a few more weeks. On December 18, Bajpai told Henderson that the Government of India was still interested in Tibet’s case before the UN but “had delayed action pending outcome its efforts assist in achieving cease-fire in Korea.”

Bajpai assured the American Ambassador that the Indian Government “would probably re-examine whole problem of Tibet just as soon as it had done all it could in matter of cease-fire.”

However on December 30, Henderson cabled Acheson to inform him that:

“Representatives GOI had repeatedly assured us it intended do so [support Tibetan appeal]. Now appears views B.N. Rau and other Indian officials who do not wish India make any move in present world context which might offend Communist China have prevailed.”40 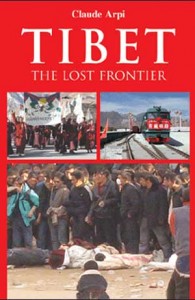 “Is it logical for UN which gave Indonesia which was under Dutch sovereignty hearing to ignore Tibet? Will India, for instance, have greater respect for UN if merely out of deference to it, UN gives Tibet no opportunity to present her case?”