This time David Headley will matter! 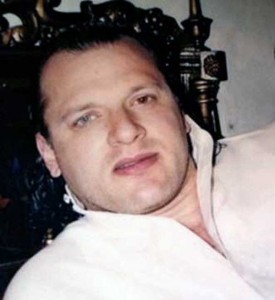 The deposition of David Headley in an Indian Court is a significant development in the context of construction of future narrative of jihadi terror orchestrated by Pakistan’s military-intelligence establishment.

Notwithstanding the popular opinion that the revelations by David Headley have yielded no new facts, the details that have emerged from the deposition have major international ramifications.

As far as opinion of Indian peoples is concerned, it is decidedly based on the culpability and hopelessness of a state called ‘Pakistan’.

…this whole issue of ‘proofs’ and ‘evidences’ on terrorists attacks perpetrated by Pakistan is not for the consumption of Pakistan – it is primarily to corner the international community dominated by the US and its Western allies.

Most Indians barring some vested interests like the ‘candle brigade’, consider Pakistan’s military-establishment as the progenitor of jihad, and therefore a rogue organization of a failed state. So, this whole issue of ‘proofs’ and ‘evidences’ on terrorists attacks perpetrated by Pakistan is not for the consumption of Pakistan – it is primarily to corner the international community dominated by the US and its Western allies. In that respect the deposition of David Headley in an Indian Court is a diplomatic achievement. This is an occasion to convey emphatic signals to the US or the Western World that it can no longer expect India to blindly accept only those villains as terrorists, who affect Western interests. This can longer be without reciprocity and mutual concern.

The earlier proof which India had about Pakistan’s involvement in 26/11, was in flesh and blood, in form of Ajmal Kasab. This time the evidence that is being provided by the ‘key planner’ is from the American soil. The Western World can therefore ignore this at the cost of their credibility with regard to international cooperation in the ‘war against terrorism’. As it stands today the said creditability is seriously under question. India therefore expects the international community to circumscribe and penalize Pakistan to the extent, if not more, that it did to Iraq, Iran, Syria or Myanmar. This selective use of sanctions hurt India’s interests and security for a long time. What probably prevented India so far to act unilaterally against Pakistan were appeals from the ‘Western Community’ to exercise restraint in deference to the ongoing war against terrorism in Afghanistan. India can no longer be shackled by such considerations and imperatives at the cost of its security.

Headley’s deposition, and the legal recourse therein, for this role in 26/11, is testimony to India’s stature as a civilized and responsible country. If the world community fails to respect or reward this stature, the international cooperation on ‘war against terrorism’ would be dead, in effect.

The moot question therefore David Headley can explain as to why Pakistan and certain elements within India were so desperate to carry out an attack to create the bogey of ‘Hindu Terror’.

Headley’s deposition, has revealed many other facets of terror-infrastructure of Pakistan. It has highlighted the three clear phases of terrorist attacks, i.e. conceptualization, planning and execution with respect to Pakistan. The conceptualization of 26/11 was at the highest level, no less than Musharraf, who as a military dictator was in full command of the military-intelligence establishment. It would be he who would have decided to give 26/11 the veneer of Hindu-terror. But for the providential apprehension of Ajmal Kasab, the Pakistani establishment had almost succeeded in creating this diabolical narrative. Assisting Pakistan in creation of this narrative were some journalists, politicians and possibly some police personnel.

Earlier, to the NIA, Headley had disclosed that during his many visits to India in 2007, he had also carried out reconnaissance of the Vice-President’s House, India Gate and CBI Headquarters. Interestingly, during the same period, one English television channel in India ran a story based on a ‘fudged’ sting operation that certain so called ‘Hindu Terrorists’ were planning to target the Vice-President because of his religious denomination. The story died its natural death within 24 hours. The moot question therefore David Headley can explain as to why Pakistan and certain elements within India were so desperate to carry out an attack to create the bogey of ‘Hindu Terror’.

Headley’s deposition is a commentary on the sociology of the jihadi terror dynamics in Pakistan, in that, while operatives with modern education are utilized for detailed planning, the actual execution is done by the indoctrinated madrasas educated cadres. These are the ones who act as suicide bombers, while others like Musharraf, Headley and Hafiz Saeed live to prosper. For 26/11 the detailed ground planning was done by David Headley during his seven visits to India before 26/11, while the cannon fodder was provided by Hafiz Saeed and his LeT.

Mr. Nawaz Sharif is on record to say that in 1992, the Pakistan Army Chief and DG – ISI had proposed to him ‘a detailed blueprint for selling heroin to pay for country’s covert military operations’.

There are very slim chances that Headley would share the strategic objective of the attack even if he has the knowledge, because that may cause embarrassment to not only to Pakistan but many other quarters as well.

Nevertheless, it must be said that David Headley is no ordinary terrorist. He epitomizes the narco-terrorism network and feature of the military-intelligence establishment of Pakistan.

Mr. Nawaz Sharif is on record to say that in 1992, the Pakistan Army Chief and DG – ISI had proposed to him ‘a detailed blueprint for selling heroin to pay for country’s covert military operations’.

David Headley belonged to the upper echelons of narcotic-terror network or dirty tricks department of Pakistan. He changed his current name from Daood Syed Gilani to facilitate his narcotics and terrorist operations. Later as is the case with most such high level international operators, Headley ended up being a double agent. Headley was therefore utilized by the US Drug Enforcement Agency as well, after he was arrested on charges of smuggling of heroin. Reportedly, he contributed very liberally to the coffers of the ISI.

The reach and influence of Headley in Pakistan was phenomenal. He studied in Pakistan’s prestigious Cadet College at Hassan Abdal. His classmates at the time of 26/11 were at the rank of Brigadiers and Generals. He enjoyed formidable influence in the military. His half-brother Danyal Gilani was the spokesman for the Pakistan Prime Minister Yousaf Raza Gilani. His father too was a well known diplomat and broadcaster.

The deposition of David Headley under the circumstances is no ordinary development. It could not have happened without strategic nod of US. What geopolitical scenario it forebodes is to be seen, but it has nailed Pakistan decisively. Will it shame Pakistan to now to act against the likes of Hafiz Saeed and Maulana Masood Azhar. Not likely! Even as the Pakistan military pursues Zarb-e-Ajab against the tribal Tehrik-e-Taliban Pakistan (TTP), the Punjabi networks like the LeT, JeM and Lal Masjid under Maulana Aziz continue to flourish. One scary reason, as per some reports, for Pakistan’s inaction, is that a large number of personnel owing allegiance to Hafeez Saeed and Maulana Aziz have infiltrated Pakistan’s nuclear establishment.

4 thoughts on “This time David Headley will matter!”