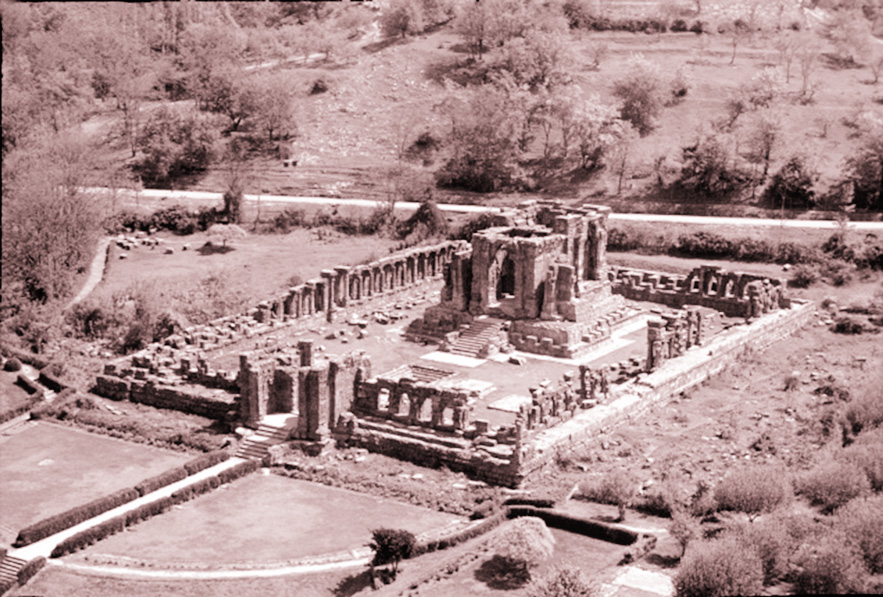 For India, the Andaman and Nicobar (A&N) Islands serve as an aircraft carrier in the Indian Ocean. Strategically, India has been investing in the Islands in enhancing its defence potential and as a strategic base. Not only in conventional scenarios, the Islands are pivotal for operations against maritime terrorism including its jihadi dimension.

It is worthwhile for us, Indians, to ponder as to why certain religions and faiths have such huge premium on propagation and why they do demand lives of propagators.

The A&N Islands are physically well defended, but there are theocratic forces that are desperate to subvert the loyalty of the inhabitants. This is what exactly happened in Timor. East Timor, separated from its western half in September 2002 after more than three decades of theocratic internecine war. The impetus for separation of East Timor was theocratic forces led by the Church. Riding over these forces was the energy greed of various countries particularly Australia. No sooner did the separation take place, Australia signed an abiding oil and gas deal with East Timor.

In the past few months, two incidents linked to A&N Islands demand reflection and analysis. A year ago, a 27 years old American, John Allen Chau, undertook a five hour boat ride from Port Blair to the north Senitel Island. The Island is inhabited by Senitalese, one of the least contacted tribes of the world. They shun outsiders without any quarters or remorse. The island is forbidden and no permission is granted for entering within 500 meters of the Island zone. Very little is known about Senitalese. Chau, disguised as fisherman, jumped off the ship 500 meters away and swam to the Senitel Island, carrying a Bible. Chau worked for a Kansas based American evangelical group ‘All Nations’, which injects Christianity in the remote corners. He was obsessed with the Island and trained himself hard for several months at ‘All Nations’ training facility in the US. He had prepared himself physically by receiving 13 kinds of immunization. Nevertheless, all his preparation could not save his life, once he reached the Island. Endemically, since then rumours emerge of his being alive.

Chau embodied the English phrase ‘Missionary Zeal’, which is intrinsic to propagation of Christian religion. How fanatic it can be, is best epitomized by Chau. This ‘Zeal’ is not constrained by the boundaries of nation-states or civilizations. It is inconceivable for people of our part of the world that a young man comes all the way from US to Andamans to fulfill his missionary call and sacrifice his life.

It is worthwhile for us, Indians, to ponder as to why certain religions and faiths have such huge premium on propagation and why they do demand lives of propagators. Probably, it is because of insecurity; probably, because they are conscious that their faiths are new and cannot stand scientific scrutiny. It may be mentioned here that it was only when the Western World freed itself from the Church and reached out to Greek, Roman and Indian sources that the European renaissance began. The same is true for Islam.

…golden period in Islam was enabled by Dharm and not Majhab. But subsequently Islam relapsed into the ignorant world of Majhab…

In the 1400 years life of Islam, the only productive and enlightened period was between 8th and 10th century during the reign of Baghdad Caliphate. It was during this period that Islam went beyond Quran and sought ancient Greek, Roman and Indian knowledge treasure. It was during this period that the famous ancient and living Indian treatise on astronomy Surya Siddhant travelled along with one Pandit Kanak to Baghdad and later to Europe and became the bedrock of space science in the West. Surya Siddhant correctly reckons the diameter of earth and moon to be approximately 8000 miles and 2200 miles approximately. The distance between the earth and the moon i.e. 2,38,000 miles was also revealed correctly. In this ancient treatise there is extensive discussion on sexagesimal fractions and trigonometric functions. The contents are written in form of classical Indian poetry.

This golden period in Islam was enabled by Dharm and not Majhab. But subsequently Islam relapsed into the ignorant world of Majhab, ushered in by the Ashari theological movement which decried Dharmic knowledge and stipulated there is no knowledge beyond Quran. Incidentally Quran also maintains that the earth is flat. This theological movement took the Islamic world by storm and the great library in Baghdad was destroyed and scholars were hunted. This movement continues to exercise dominant influence amongst the muslims of the world which includes the Indian subcontinent. In a way this movement mothers jihadi terrorism.

Less than a month ago, a battered boat carrying one almost dead 49 year old Amrit Kujur reached a coastal village Khirisari in Odisa. He had drifted into the sea for 28 days during which he lost his colleague due to lack of food and water. He washed ashore the Odisa coast there battling two deadly storms in the Bay of Bengal. On 28 September this year, he had embarked on a business mission in his boat from Shaheed Dweep in A&N Islands. He was in the business of selling potable water and other items to ships in mid-seas. This time he had carried stuff worth five lacs, but a massive storm blew all that away. He was accompanied by his partner Divyaranjan. A little later, the diesel in his boat also got exhausted and they drifted. Wireless signals also did not behave. Eventually, a Burmese Navy ship came to their assistance and provided 265 litres of diesel and compass. Even as they recovered and stabilized, they were hit any another storm and the anchor rope gave away. The boat was filled with water and then began the fight between life and death. Divyaranjan succumbed. Kujur survived. He remained to hang on the margins of life by consuming rain water extruded from his rain-soaked towel.

The word Dharma has no English translation, import, or equivalence. It is a set of eternal values strictly based on scientific principles and laws of nature.

The two above incidents bare the difference between values and faith rather dharma and religion. The word Dharma has no English translation, import, or equivalence. It is a set of eternal values strictly based on scientific principles and laws of nature. The Burmese Naval ship came to the aid of Amrit Kujur without bothering about his faith. It was a humanitarian reach out. When Amrit Kujur reached Odisa coast, more than 1000 kilometers away, in nearly dead condition, the villagers nurtured him back to life without determining his faith or Mazhab. It was pure humanitarian concern. They followed their ‘Dharma’. On the contrary, John Allen Chau embarked on a dangerous journey to Andamans, convinced that the Senitalese were bereft of ‘Dharma’. He had also convinced himself that India or the Indian civilization was incapable of providing ‘dharma’ or values to its citizens. He probably felt that only a 500 year old America could do it. He felt that only the people of the ‘Book’ had the entitlement to do so. The same ‘book’ says that the earth is flat. Galileo was made to die by the Church because he rubbished the ‘book’ and said that it is not the Sun but the Earth which revolves around the Sun.

Chau was fired by the ‘Missionary Zeal’ to take his Mazhab to the Senitalese, as if they had no ‘dharma’. Such tribes, which have survived for centuries on Islands cannot do so without possessing a system that draws its scientific sustenance by observing, studying and complying with Nature. It is the skewed comparisons that we make that engender such tendencies and mindset. The impetus behind these comparisons is the prevailing notion of ‘modernity’. Applying similar standards, the Europeans would have appeared to be far inferior to the Senitalese before 16th century. Therefore, people who live with Nature do not need imposing Churches or Bible. The Nature, that is their mother, is very different from the natural environment in Jerusalem or Europe or USA.

This is what the ‘Missionary Zeal’ has done. It has robbed and ruptured the symbiosis that the tribal had with scientific Nature and made their lifestyle unscientific. It has weaned them away from their traditional moorings and faith that worships nature and drawn them into an alien, unscientific system.

A person, who drifts for 1000 kilometers and reaches the Indian Coast is accepted by people because of the ‘dharma’ that the land and their ancestors imparted; but a person travels all the way from America to India, braced up psychologically, physically and full of prejudices can only be labelled as a ‘criminal’, because of the use of his faith as a weapon.

In India, there have been many beacons, who sacrificed their lives in pursuit of ‘dharma’ (set of eternal values), however there have also been men of small stature, who divided the country on the basis of Mazhab. Pakistan was created in the name of ‘Mazhab’, but history cannot breathe without ‘dharma’. There is a village, Bakshali in Peshawar in Pakistan, wherein exhaustive mathematical calculations were found in a birch bark in 1881. These contain solutions, calculations and explanations in arithmetic, square roots, geometric progressions, linear equations, mensuration and quadric equations. The problems are in Sanskrit poetry, and the solutions and explanations are given in verses. Initially the carbon dating fixed its origin between AD to 23 and 383. The revised dating has taken it even 500 years back. Significantly, the use of ‘zero’ is very profuse in this historical document. This takes it beyond the advent of Islam or even Christianity. Pakistan very selectively has claimed ownership over this new historical finding and takes pride in it. This heritage, it may be reiterated, is of ‘dharma’ and not Mazhabi Pakistan. Mazhab has only infused hatred in Pakistani society – hatred for Shias, hatred for Ahmadiayyas, hatred for Balochis, hatred for Christians, and hatred for Hindus and Hindustan.

The same hatred consumed the Kashmir Valley. The Sun is not partisan between ‘dharm and mazhab’. It is the life force for all living beings on this earth. It is a benevolent. Yet, there was a ruler in Kashmir by the name of Sikandar Butshikan, who, 600 years ago destroyed the Martand Sun temple, located south of Sri Nagar. He had taken enmity to Sun itself. Since he could not take on the Sun in the sky, he destroyed its symbol on earth in the 8th century Martand temple, built by King Lalitaditya. Hatred for ‘dharma’ had consumed Butshikan to the extent that it took one year to destroy the temple, but he did not relent. Andrabi, Zakir Musa, Burhan Wani, Hurriyat Leaders are all consumed by the same hatred.

Countries have suffered, societies have suffered because of competition between ‘Mazhabs’, but the problem in India began when Mazhab declared war on Dharma. At the subterranean levels this fierce war continues to rage and is the primal cause of internal disharmony.

One thought on “Theological War that Tears India”