The Way Ahead: Making India Self Reliant in Defence

On May 31, 2017, in a major policy reform intended to promote ‘Make in India’ in defence manufacturing, the Ministry of Defence (MoD) announced the much-anticipated Strategic Partnership model for the Indian private sector. The model, whose concept was first suggested by the Dhirendra Singh Committee in its July 2015 Report, populates Chapter VII of the Defence Procurement Procedure 2016 (DPP 2016).

The state controlled Indian defense industry, the research and development organisations, all had reached a level of irreversible state of decay by the turn of new millennia. It was a huge black hole that gobbled up budget after budget with no results. Missile development being the only exception. India was the worlds largest importer of weapons and systems, and still continues to be so.

The roots of corruption had spread deep and wide. Collusion amongst the politicians, ministry officials and the senior defense officers ran strong. But all this appears to be changing, with the turning in of the new political dispensation, in 2014. The corridors of South Block that were literally ruled by the agents and dalals of leading arms manufactures from across of the world, now appear to be free of that stranglehold.

For India to be self-reliant in matters defense, the private industry has a major role to play. There had been failed attempts in breaking the monopoly held by Public Sector Units. It was thus essential to provide the level playing field for the private players. It would take another five more years and a new government to crack that.

On May 31, 2017, in a major policy reform intended to promote ‘Make in India’ in defence manufacturing, the Ministry of Defence (MoD) announced the much-anticipated Strategic Partnership model for the Indian private sector. The model, whose concept was first suggested by the Dhirendra Singh Committee in its July 2015 Report, populates Chapter VII of the Defence Procurement Procedure 2016 (DPP 2016).

It visualized designating a few private companies as Strategic Partners (SP) that would not only assume the role of system integrators, but also lay a strong defence industrial foundation by making long-term investment on production and R&D infrastructure, creating a wider vendor base, nurturing a pool of skilled workforce and making a commitment to indigenisation and technology absorption.

A 12-member high-level committee has been formed by the Union government to revise and align the procedure of Defence procurement with the aim of strengthening the ‘Make in India’ initiative.

The aim of this model was to enhance India’s self-reliance index in defence procurement. This continues to remain at an abysmally low level, despite a huge defence industrial complex, much of which is managed by state-owned Defence Public Sector Undertakings (DPSUs) and the Ordnance Factory Board (OFB).

In the initial phase, the selection of SPs were to be confined to four segments: Fighter Aircraft, Helicopters, Submarines and Armoured Fighting Vehicles (AFV)/Main Battle Tanks (MBT). In each segment, only one SP would generally be selected, as per the revised DPP. This was a first major step towards self-reliance.

This no doubt was another good idea, but there were two major concern that stalled this initiative. Firstly a lack of greater autonomy and authority with the end user. And secondly the lingering fear that the Indian strategic partners after having committed their funds into developing infrastructure would lose out to the DPSUs. They were after all, a part of the ministry of defence: conflict of interest.

Determined to bring about the major changes, the government is examining recommendations by top two advisory bodies to move public sector units out of the supervision of the defence ministry. There has been distrust amongst the private players and an inherent conflict of interest that prevents full unlocking of the ‘Make in India’ initiative. This was a proposal that almost all the army chiefs, right from General Ved Malik, right up to the present one, has made to the Govt of India.

In addition to this, the defence minister, Mr Rajnath Singh, has approved the constitution of the panel that has been given six months to submit its report of recommendations. A 12-member high-level committee has been formed by the Union government to revise and align the procedure of Defence procurement with the aim of strengthening the ‘Make in India’ initiative.

The panel will revise and align the procedures with the aim of ensuring seamless flow from asset acquisition to life cycle support. The review panel will lay down policies to remove procedural bottlenecks and hasten defence acquisition. The primary task of the panel is to simplify policy and procedures to facilitate greater participation of indigenous industries and to develop a robust defence industrial base in the country.

The panel will examine and incorporate new concepts, such as life cycle costing, life cycle support, performance-based logistics, Information Communication Technology (ICT), lease contracting, codification and standardisation. In fact this will bring about the new DPP 2020.

All these likely reforms coupled with Prime Minister Modi’s announcement of the formation of Chief of Defence Staff, brings in a lots of hope. What is going to be its organisation and structure? It is yet to be seen. 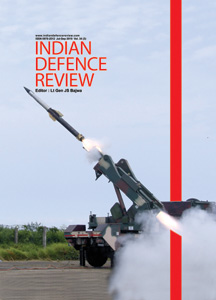 However, apart from operational jointness, it would be prudent and in best interest of the armed forces to have design, planning and formulation of GSQRs for intended procurement and development, embedded in this new setup of CDS. The organisation will have to have a right mix of scientists, financial experts and service personal to formulate realistic and pragmatic qualitative requirements.

In addition, the Defence Research organisations also need to be adequately staffed with service professionals from all the three services. Necessary to bring about realism and infuse the user’s end field experience right from the word go in research and development. Integration of these organisations with those formulating the GSQRs would go a long way in speeding up the research and development work.

There is also a proposal at hand for reduction of manpower, as part of the larger reforms to transform the Army into a lean, mean, rapidly-deployable and operationally versatile force, which will among other things entail slashing manpower by around 1.5 lakh personnel over the next six-seven years to save around Rs 6,000-7,000 crore annually in revenue expenditure

With the structural reforms in place supported by strong fundamentals and policies, we could hope for India’s defence budget pegged at two percent of GDP. This would finally set the tone for greater self-reliance in all matters defence.