‘The variants for Russia & India have common major systems’ 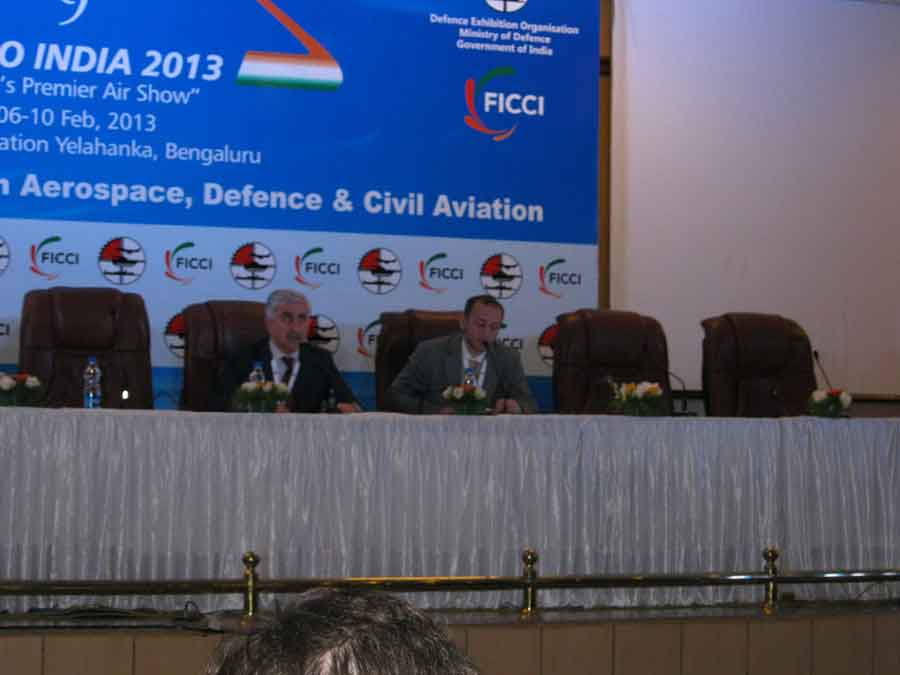 The President of UAC started by stating that the partnership between India & Russia went back to 50 years with over 500 aircraft in service with the IAF. The ties are very strong in the area of joint military programs with a good understanding on both sides.

MiG 29 UBG: The upgrading of the IAF’s MiG 29s has started & 3 aircraft were delivered in Dec 2012. The rest will be upgraded locally.

Joint Development Of Transport Aircraft: UAC is confident of developing a transport aircraft jointly and hopes to sign a formal contract to this effect this year.

Modernized Version Of IL 76 Transport Aircraft: The new version which is a great improvement on the existing one has entered production last year. UAC hopes to supply this type to India. Serial production will start in 2015. Specialized versions such as AWACS & tanker variants are likely to be developed depending on customer requirements. The existing older version has been very effectively used by the IAF.

SU 30 MKI Upgrades: These are progressing well in areas of software & systems based on Indian requirements.

Sukhoi Super Jet Airliner: Sales have been made in Laos, Indonesia & Mexico last year with deliveries to start in March 2013. Mexico, Australia & European regional airlines as  well as some in Africa are likely customers. UAC is confident of entering the Indian market this year. Some local airlines including Air India & Go Air have expressed interest. Component manufacture locally is a possibility. The Asian and Chinese regions are big markets also in the next 10 years. Air traffic will grow with Super Jet demand rising to 70-80 aircraft. Indian private industry & HAL are already involved with Boeing, Airbus, etc for component manufacture. As production volumes rise, UAC is willing to outsource work to local firms.

The 5th Generation Fighter: 4 single seat prototypes are being flight tested. The variants for Russia & India have common major systems. Like the customization done on the SU 30 for different air forces, the same will be done for the 5th generation fighter also. 2 seater variants may be developed depending on customer requirements.