The Uri Fiasco and Ensuring Accountability 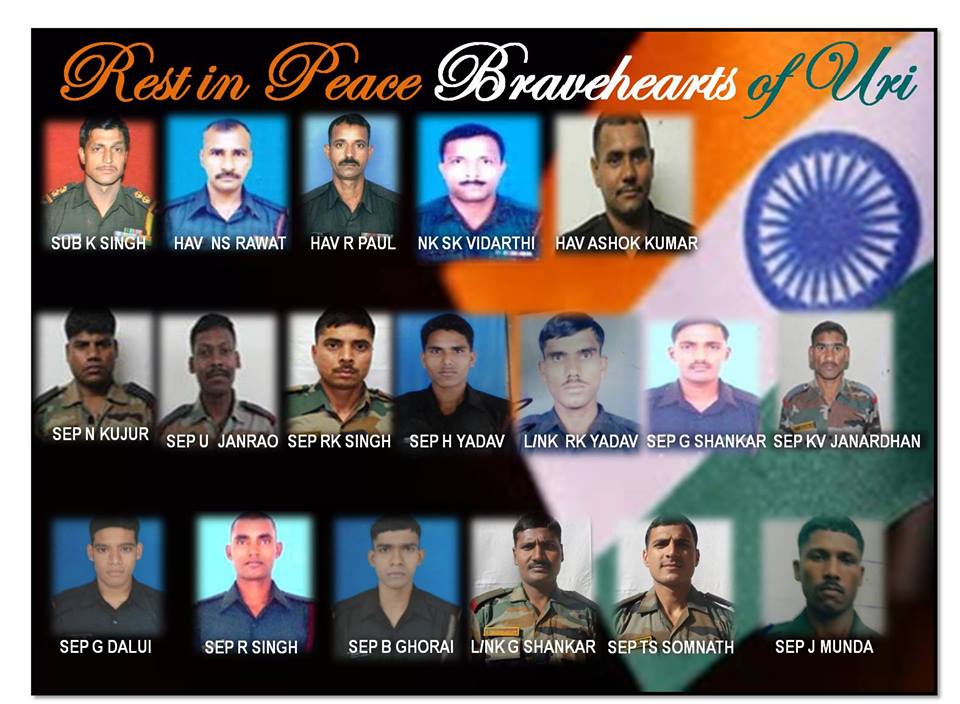 While it is not known as to what conclusions the Army’s Court of Inquiry has arrived at over the Uri fiasco, it needs little intuition or professional knowledge to conclude that there were serious lapses in following Standard Operating Procedures. There can be little doubt that this has deeply embarrassed the Army, especially the battalions involved, and must be attributed to what the military terms “command failure”. If there was a shining light in this dark episode it is the fact that the PARA (SF) Quick Reaction Force that was employed neutralized the militants within 15 minutes of engaging them as per media reports.

Under no circumstances can the Army behave as if it is a victim of “terrorism”, as it seems intent on doing.

Surely, the Army is fully cognizant that in the prevailing environment its establishments are logical and legitimate targets for enemy action and must be defended as we would any other military outpost based on a clear cut and detailed operational plan. Under no circumstances can the Army behave as if it is a victim of “terrorism”, as it seems intent on doing. No other mindset can otherwise explain why the Army has meekly submitted to the Governments’ direction for the National Investigation Agency (NIA) to investigate the Uri disaster, just as the Air Force had earlier, after the fiasco of the attack on Pathankot Air Force Station.

Obviously, those dealing with the subject in the Armed Forces are not conversant with the charter and duties of the NIA and the fact that it is a police establishment meant for conducting “counter terrorism and other national security related investigations at the national level” aimed at “creating deterrence for existing and potential terrorist groups/individuals”. In simple terms this implies that after a terrorist attack they are responsible for detecting the identity of those involved, tracking them down, arresting them and then bringing them to justice.

How can suicidal “raid” on a military logistic base, to use military terminology, fall within the jurisdiction of the NIA or in their area of expertise? How can they investigate the actions of combat units during any tactical operation, whatever be its result? It is one thing for army investigators to seek for their assistance to probe involvement of locals who may have been involved or assisted in any way, but quite another to have them as the lead agency for the investigation as is amply clear from statements emanating on the status and direction of the investigation.

The truth of the matter is that the politico-bureaucrat nexus has intentionally kept the military out of national security policy making and has also willfully fooled the public on budgetary allotments for defence.

The investigation into “command failure” will obviously result in pinpointing of individuals, who by their acts of either omission or commission were responsible for the events leading to the loss of life and property at Uri. There is little doubt that those found responsible will face appropriate disciplinary or administrative action. However, one is a little doubtful if the systemic issues that have led up to this event will either be clearly brought into focus or have corrective action initiated to deal with them. The fact is that seventeen years after the Kargil Conflict the major recommendations made to enhance our combat capabilities have yet to be acted on and nobody has been held responsible for this.

The truth of the matter is that the politico-bureaucrat nexus has intentionally kept the military out of national security policy making and has also willfully fooled the public on budgetary allotments for defence. Over decades the Government’s in power have manipulated capital allotments for new equipment to meet unexpected expenses that may have arisen. With the active connivance of the MOD (Finance) all bureaucratic measures are put to good use to delay or derail the procurement process, resulting in vast amounts remaining unspent. As an added bonus these are then attributed to either failure on the part of the Services to follow laid down procedures or lack to of clarity on their part.

While that has been smart politics on the part of the government of the day, the fact that couldn’t be wished away was that the Armed Forces were increasingly burdened with obsolete equipment and huge shortages which made them increasingly incapable of meeting their constitutional obligations. Thus if troops in Uri were lacking in suitable detection equipment, proper protective perimeter fencing and were forced to stay in tents instead of hardened shelters, one does not have to look far for reasons for this state of affairs and where that responsibility lies. This, however, is a problem that can be handled over time with increased outlays.

…if troops in Uri were lacking in suitable detection equipment, proper protective perimeter fencing and were forced to stay in tents instead of hardened shelters, one does not have to look far for reasons for this state of affairs and where that responsibility lies.

There is however a bigger and more insidious problem that can only be corrected through substantive organizational changes. The political establishment has realised, much to its horror, that unlike in most matters, the Indian public holds politicians directly responsible for military reverses that impact our territorial integrity or prestige. In effect he is deeply impacted by how our military performs. As is to be expected of them, the politician has again defrauded the public and dealt with this issue by ensuring through savvy media intervention that the military is never seen to have failed.

Thus in coverage of the Kargil Conflict, for example, focus was wholly restricted to the recapture of the heights. Those responsible for their loss, especially at the higher levels, except for a couple of unfortunate officers, got away completely. The then Corps Commander was appointed a Principal Staff officer at Army Headquarters. Thus the principle of accountability at the highest levels of the military was thrown out of the door. Its impact over the past decade and a half has been pretty visible with increasing cases of corruption at the highest levels, arbitrary promotion criteria being imposed and in selection of officers for courses, quite a few of which have resulted in those deprived approaching courts for legal redress. If we are to seriously deal with the fallout of the Uri episode, this is the issue that needs to be tackled on priority.

13 thoughts on “The Uri Fiasco and Ensuring Accountability”