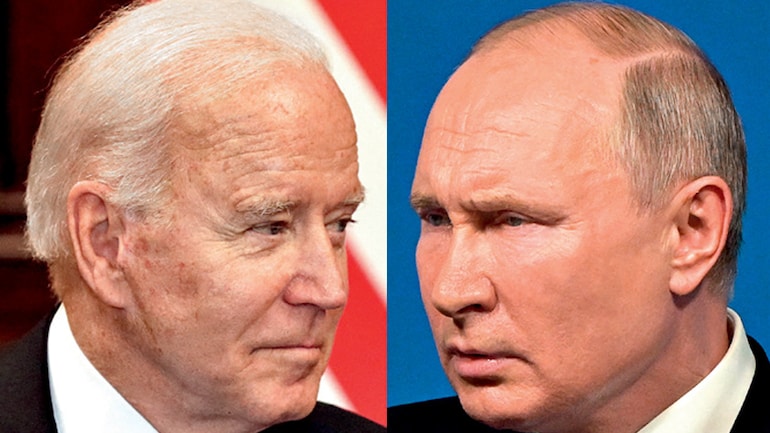 The Ukraine crisis reflects the West’s failure to establish durable structures of peace and security in Europe after the end of the Cold War and the demise of the Soviet Union. The Cold War mentality has persisted, reflected in the relentless expansion of NATO eastwards to guard against a resurgent Russia whose size, resources and military strength despite its economic weakness weigh as realities. The European Union (EU) too has expanded steadily eastwards as an economic barrier against Russia.

Early efforts by Boris Yeltsin and even current Russian president Vladimir Putin to affirm Russia’s European vocation were rebuffed. Russia had to become a European style democracy to be accepted as a ‘European’ partner. The promotion of colour revolutions in Georgia and Ukraine, in particular, were aimed at encouraging a similar ‘democratic’ churn in Russia.

The offer of NATO membership to Georgia and Ukraine could not but be seen by Russia as a provocation. Russia had shown that its redlines had been crossed by intervening militarily in Georgia and recognising the independence of South Ossetia and Abkhazia. This message went unheeded and today Ukraine has paid a similar price with Russia recognising the independence of the Donetsk and Luhansk republics, not to mention the annexation of Crimea after the ouster of President Viktor Yanukovych through street demonstrations openly supported by the US.

The arguments given by the West to justify its policies toward Russia are contestable. The only reason for adding an additional 14 members to NATO is to counter a potential Russian threat which the Baltic states and Poland openly affirm. To say that NATO is a defensive alliance and does not pose any threat to Russia defies common sense. A ‘defensive’ alliance pre-supposes an ‘offensive’ threat. Ironically, this treats Russia as a threat to NATO.

To also say that Ukraine’s member- ship is not currently on the agenda and Putin is conjuring up a false pretext is unconvincing. Having seen phased extensions of NATO, Putin seeks binding legal guarantees against any further NATO expansion. The other argument, that entering into an alliance is the sovereign choice of countries, is fine in principle but besides the fact that ‘choices’ can be ‘encouraged’, partner countries also have a choice to say ‘yes’ or ‘no’, especially, as in this case, the geopolitical implications of saying yes can be portentous for the future.

For India, this confrontation in Europe has many negative implications in the strategic, political, economic or military domains. American power is getting overstretched by having to confront challenges at both ends of the Eurasian continent. Easing pressure on China in the Indo-Pacific could result, especially as tensions in Europe are not likely to be short-lived. US Secretary of State Antony Blinken has reportedly reached out to Chinese foreign minister Wang Yi to limit its backing to Russia in its own longer term interest in managing ties with the US. In reality, the Ukraine crisis profits China, as it weakens Russia with further western sanctions, makes it more dependent on China and deflects US attention towards Europe, sowing some doubts in the minds of its Quad/ Asian partners about the fibre of US foreign policy at present.

India has the challenge of taking a position on the Ukraine crisis that best serves its interests. Our wide-ranging ties with the US are set to expand in ways that will boost India’s rise. Russia remains a vital partner, especially in the defence and strategic sectors. The pursuit of a balanced foreign policy requires us to maintain close ties with both countries. Russia being pushed India’s position on the Ukraine crisis has to be one that best serves its interests. Talk about being pushed by the US and Europe to not “sit on the fence” is self generating pressure into China’s arms and disturbing the balance within the Russia-Indian-China triad is against our interests.

Stronger western sanctions against Russia will further complicate our dealings with Russia, both in the military and economic domains. Dissatisfaction with our ‘neutral’ position will encourage anti-Indian American lobbies to press for imposition of some CAATSA sanctions on India, and controversy will be created around future ‘significant’ defence deals with Russia. Our plans for more investment in Russia’s oil and gas sector and for development of Russia’s Far East will be hampered. Payment issues will become more complex. Oil prices have already shot up, with economic implications for us as a massive importer of oil and gas just when the country’s economy is emerging from the economic impact of the pandemic.

Talk about India being pushed by the US and Europe to take a position and not “sit on the fence” is self- generating pressure. Blinken had an “honest” conversation with foreign minister S. Jaishankar at the Quad meeting in Melbourne, after which we took a carefully balanced position in the UN Security Council on January 31 and abstained on a US-moved motion. Again, on February 17, at the UNSC briefing on the implementation of the Minsk agreements, India stressed resolution through quiet and constructive diplomacy, de-escalation and taking into account the legitimate security interests of all countries.

Once again, we have kept our counsel and refused to be pushed into taking sides when, on February 21, during an emergency UNSC meeting after Russia recognised the breakaway Republics of Donetsk and Luhansk, we expressed deep concern at the developments, called for restraint on all sides, a solution through diplomatic dialogue taking into account the security interests of all sides etc. We eschewed any condemnation and reference to sovereignty issues.

This is not fence-sitting but a dispassionate evaluation of the complex roots of the crisis based on India’s own experience in the subcontinent. The Partition left a bitter legacy, with Pakistan, as the weaker country, seeking security in a military alliance with the US encouraged by the latter, with its political class deeply hostile toward India despite a shared heritage, and ill-treatment of minorities. Ukraine also exhibits similar features.

It is worth recalling that all the protagonists involved in the Ukraine issue have ‘sat on the fence’ on issues of vital Indian national interest, be it our territorial and sovereignty issues with Pakistan and China, years of terrorist onslaught against India and now handing over Afghanistan to the Taliban-Pakistan duo.

3 thoughts on “The Ukraine Crisis”