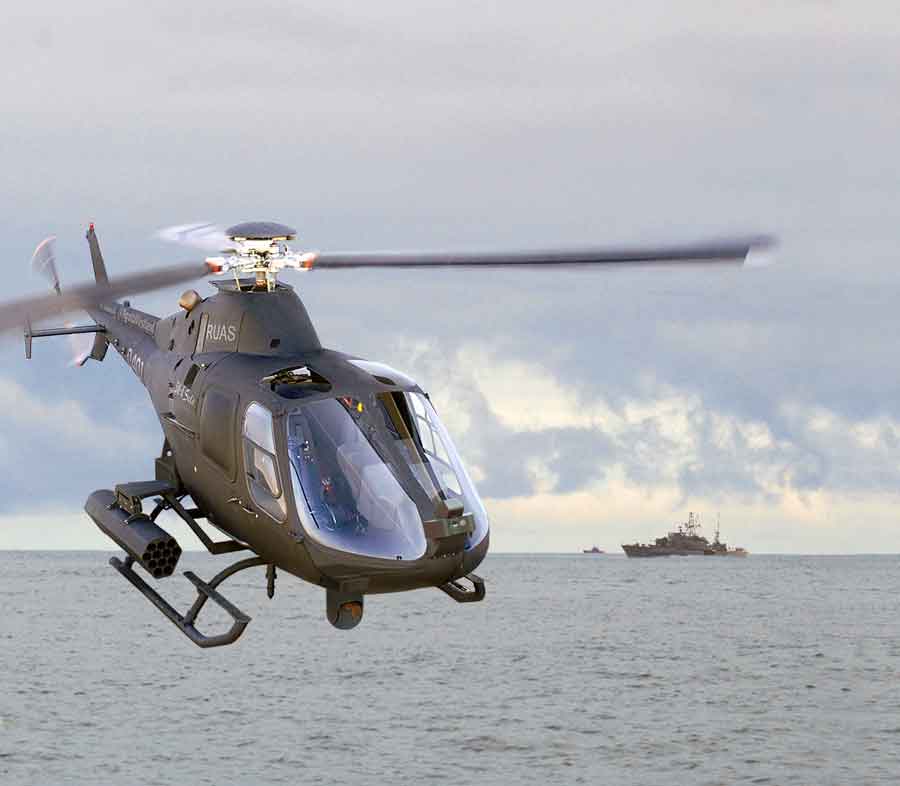 The UK Ministry of Defence (MoD) launched its projected Tactical Maritime Unmanned Air System (TMUAS) in August by awarding AgustaWestland a £2.3 million contract for a Rotary-Wing Unmanned Air System (RWUAS) Concept Capability Demonstrator (CCD) programme. The TMUAS will be a system of systems to operate from a Type 26 Global Combat Ship with a rotary-wing option to be defined by 2015. The RWUAS CCD will be used for the development of concepts of operations (CONOPS), the impact of training and support for TMUAS, its integration with ship safety management and embarked aviation assets including the AW159 Lynx Wildcat and Merlin helicopters.

The air vehicle selected by AgustaWestland as its CCD is the PZL-Swidnik Solo, Rotorcraft Unmanned Air System/Optionally Piloted Helicopter (RUAS/OPH) variant of the SW-4 helicopter that will be used for shipboard launch and recovery demonstrations from a Royal Navy Type 23 frigate during 2014.

The Solo RUAS/OPH is European Aviation Safety Agency (EASA) certified and will be flown in a manned configuration with a safety pilot during the CCD phase when required. The helicopter will serve only as a concept for large and small maritime UAS operations, to define long-term requirements, and demonstrate operational requirement including its capability to launch and recover in Sea State 6 without search and rescue (SAR) available, although the Solo’s skid landing gear may reduce this capability. 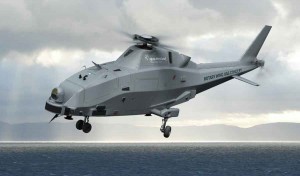 The CCD Solo will be equipped with Selex ES PicoSAR radar, Selex VigilX imaging system and a DRS Technologies EO/IR turret.   Other members of the RWUAS team include Atlas and Thales providing mine counter-measures MCM) and intelligence, surveillance, targeting and reconnaissance (ISTAR) respectively as part of the CCD phase that will also include subsystems, simulation and synthetic environment trials.

By using AgustaWestland Lynx Wildcat helicopter’s ‘plug and play’ platforms and open architecture, cost of the Solo demonstrator will be reduced, and these were defining factors in the company’s winning bid against Boeing with its H-6 Little Bird, BAE System’s Schiebel Camcopter, Northrop Grumman’s Fire Scout and Qinetiq’s Saab Skeldar.