The true Import of C&AG report on Rafale 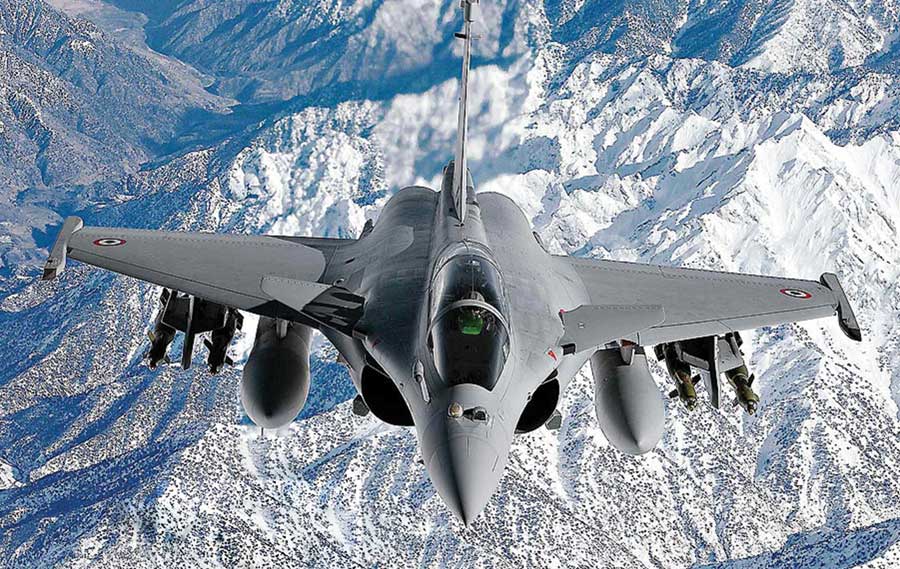 The C&AG report tabled on the Parliament is being considered as a victory by the NDA government and by the opposition too. The ruling party is gung-ho that the auditors have vindicated their claim that the cost of Rafale aircraft is around 2.5% lower than the contracted price of the UPA government. On the other hand the opposition seems to be happy that many of the concerns that they have red flagged have been endorsed by the C&AG report and would provide them adequate ammunition to keep the pot of corruption charges boiling during the upcoming election.

The C&AG is an independent constitutional authority, with a mandate under Article 149 to scrutinize government accounts and render audit reports on propriety and economy aspects. The C&AG Act of 1971 mandates C&AG to conduct audit and appropriation, finance and accounts and audit public sector undertakings. The year 1986 was a watershed year, when it conducted for the first time a performance audit of the Bofors contracts and brought out how agency commission was paid. This became the mother of all corruption scandals in defence and led to investigation and discredited the Rajiv Gandhi government on plank of corruption. The two subsequent performance audit reports on Coal Auction and 2G spectrum disposal gave considerable heft to the findings of the audit report, as they questioned the non-transparent manner the government awarded contracts and potential corruption that involved the political spectrum. These two audit reports gave an effective handle to the opposition to unseat the ruling party from power, again on the charge of swirling corruption.

In this backdrop there was considerable interest about the findings of the present audit report on the Rafale aircraft. The C&AG has brought out there is no difference in the basic price of aircraft of aligned price of 2015 and contracted price in 2016. This rebuts the claim made by the present government that the 2016 contract price is 9% lower than the 2015 price. The assessment of the audit that the Rafale aircraft is 2.85% lower is based on six different packages involving 14 items which were part of the composite contract for Rafale. While in three items the prices are same (including basic price of the aircraft), reduction has been achieved in the India specific enhancements, which would cost around 1.3 billion dollar. Interestingly the 17% reduction that is being shown by audit in India specific requirement, four items of the earlier contract have been dropped. Quite clearly if these deletions are taken into account, there will be no difference between the price of the earlier aircraft package and the present package.

What, however, will provide ammunition to the opposition is the audit finding that the performance bank guarantee, which was earlier given by the M/s. Dassault Aviation, has now been waived by giving a ‘letter of comfort’. Audit has assessed that with this major dispensation, the company has benefitted by around 25% of the contract price, as almost 60% advance would be paid to the company after complying with different milestones.

This has been the major finding of a series of reports brought out by Sri N.M. Ram, the veteran journalist in Hindu, where he has pointed out that the waiver of performance bank guarantee was done through parallel negotiation conducted at the behest of the PMO. A careful examination of the final contract of Rafale deal reveals tthat performance bank guarantee has been waived through a letter of comfort. The advice of the Acquisition Manager, Finance Manager and the Advisor Cost who were part of the Contract Negotiating Committee has been overruled by the CCS. The Financial Advisor, Defence Services, had also advised to the Defence Secretary that it would be preferable to provide a safeguard of putting the advance payment into Escrow account, which will ensure that the French government would release the money based on satisfactory completion of the milestone by the company. This advice has also not been heeded. The recommendations of the CNC not to waive performance bank guarantee has been waived by the Cabinet Committee on Security, headed by the Prime Minister.

The other major deviation agreed to, is deletion of ‘anti corruption’ clauses like undue influence, agents and agency commission, integrity pact and access to accounts, when there are legitimate allegation that undue payments have been made by the company to bag the contract. These clauses were introduced in the Defence Procurement Procedure in 2005 and have not been dispensed with for any country, including Russia. The only dispensation given to Russia by CSS after the Indo Soviet Strategic Treaty was signed to provide sovereign guarantee in lieu of performance bank guarantee. Quite clearly the dispensation now given to Rafale exceeds that of Russia, with concomitant undue price advantage to the French company. The C&AG report has also made an interesting mention that M/s. EADS had given a discount offer of 20% for the Eurofighter Typhoon. They were technically shortlisted along with Rafale aircraft for the earlier contract in 2015. Audit is of the view that such discounted offer should have been used by the Negotiating Committee for negotiating with M/s. Rafale before arriving at the final price. It has also come to light that the benchmark price by the CNC was much lower than what was finally accepted. The Cabinet Committee on Security has ostensibly overruled the recommendation of the CNC on the aspect of price bench marking also.

The convention in the Defence Ministry has been to comply with standard conditions of contract and stick to ‘anti corruption’ clauses. No outside interference or parallel parleys is allowed when the CNC is on progress. The Defence Secretary has expressed his discomfiture in this regard, which the Hindu expose shows was sadly has not been taken to its logical conclusion by the then Defence Minister Mr. Manohar Parrikar. The present Defence Minister has also been defending the indefensible dilutions in the contract condition of an important defence deal, under the ruse of secrecy and intergovernmental agreement.

There is a mistaken impression that the IGA need not follow standard conditions of contract like performance bank guarantee by a firm and anti corruption clauses. These basic conditions have been deleted and undue price advantage of 25% of contract price has been given to of M/s. Dassault Aviation without providing safeguard for recovery of advance payment. Letter of comfort are not comfortable enough to bind contractors, in the event of default. There has never been a case where the Cabinet Committee on Security has so sweepingly overruled the recommendations of a CNC and of MoD, as has been done in the Rafale deal. This certainly points a needle of suspicion to those in power in PMO ostensibly to favour a certain farm under the grab of expediency and fast delivery of fighter aircraft to fill up the vacuum in our air fleet squadrons. The audit report, without being as acerbic as the Bofors report, has nevertheless stirred a can of worms which will be difficult to douse. Statistics, as they say, is like a miniskirt. It covers the essentials leaving the rest to draw its own conclusions. The C&AG report on Rafale seems to give enough food for thought in the days to come to the uncovered disclosures!