The Tejas Fleet for the IAF - to be or not to be?

An ambitious project like the LCA is fraught with risks, more so when the design and development teams are venturing into uncharted waters driven by an insistence to forego any external help. Under such conditions the DRDO’s projections of timelines could at best be termed ‘optimistic’ by any standards. The Government was itself skeptical about the potential and capabilities of the scientific community to come together with the development of the airframe, engine, flight control software and multi-mode radar and get the LCA to fly.

“India’s Light Combat Aircraft (LCA), Tejas, is to enter service shortly and two squadrons of this aircraft will be stationed at the Sulur Air Base near Coimbatore in Tamil Nadu,” screamed the headlines of a leading national daily. Another reported, “The Defence Minister AK Antony stated in Parliament in August 2011 that the Tejas Mk I would be ready for induction into the Indian Air Force (IAF) by March 2012.”

Statements and timelines such as these and various other milestones have featured in the media with predictable regularity. Despite assurances by the Defence Minister and the Defence Research and Development Organisation (DRDO), the LCA is yet to become operational even after two decades of being under development. The cost of the programme has also ballooned with the years. The Defence Minister stated recently that in 2001, the LCA programme had been estimated to cost Rs 33 billion but cost overruns had added an additional Rs 24.8 billion due to the expanded scope of the programme, increased cost of materials, manpower and maintenance of facilities. Military and civil aviation history is replete with examples where development of a new aircraft has suffered delays with costs far exceeding original estimates. Will the LCA have the dubious distinction of having the longest gestation period?

A cursory examination of the genesis of the LCA programme would indicate that the original timelines for development were extremely over-optimistic and not in consonance with the capabilities of the design, development and manufacturing agencies involved in the programme. Launched in 1983 with two major objectives, the primary goal of the LCA programme was to roll out an indigenous replacement for the MiG-21 fighter, the mainstay of the IAF since the early 1970s. The IAF had projected that the MiG-21 fleet would reach the end of its life by 1990 and by 1995, the force structure of the IAF would have reduced to 60 per cent of its authorised strength if not augmented by a modern fighter. The MiG-21 fleet was to be replaced by the LCA, a state-of-the-art fighter which would match any modern combat aircraft in the world at that time. Estimates put the IAF’s requirement of the LCA as 200 single-seat and 20 two-seat aircraft. 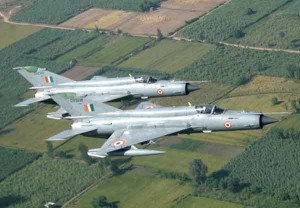 The second objective of the LCA programme was not merely limited to the design and production of a new fighter aircraft. DRDO saw the LCA project as the formation of a national asset, the coming together of an integrated scientific/industrial combine with the capability to design and produce in vast numbers all the elements which go to make a state-of-the-art modern fighter. India would have a new technology base to independently develop modern composite material airframes, an afterburning jet engine, fly-by-wire technology and software, avionics, fire control systems, a multi-mode airborne radar, electronic warfare suites and a host of other components. Since Independence, India has aspired to be at least partially self reliant in respect of weapon systems. HAL had pursued this objective and produced under license the Folland Gnat and the indigenous ground attack fighter, the HF-24 Marut which saw service during the 1971 War with Pakistan.

There was a design hiatus for over two decades and the LCA offered the next opportunity for India to be a producer of aircraft instead of being merely a buyer. The scientific community thus saw the LCA programme as the route to building a modern technological conglomerate covering the whole spectrum of disciplines necessary for the design and manufacture of modern military aircraft. The Government appreciated the risks involved in such an approach as India had very little expertise in any of the disciplines required for the development of the LCA. Air Marshal Philip Rajkumar (Retd), who was closely associated with the development of the LCA, states in his book titled “The Tejas Story” that the complexities inherent in designing a new fighter from scratch are formidable even for a light-weight fighter like the Tejas. The Indian industry had significant experience deficits going into this project which delayed the project significantly and raised costs. The insistence in pushing the envelop with a new airframe design using large sections of composite structures, a new untested jet engine with no organisational experience in this discipline and in-house development of an airborne multi-mode radar have all contributed to delays and cost overruns. The end result is that the LCA has not been able to replace the ageing MiG-21.

A Monumental Task Ahead

An ambitious project like the LCA is fraught with risks, more so when the design and development teams are venturing into uncharted waters driven by an insistence to forego any external help. Under such conditions the DRDO’s projections of timelines could at best be termed ‘optimistic’ by any standards. The Government was itself skeptical about the potential and capabilities of the scientific community to come together with the development of the airframe, engine, flight control software and multi-mode radar and get the LCA to fly.

In 1983, DRDO obtained permission to initiate a programme for the design and development of a Light Combat Aircraft with the initial flight in 1990 and entry into service by 1995. The project was to be managed by a nodal agency, the Aeronautical Development Agency (ADA) and the Hindustan Aeronautics Limited (HAL) was to be the principal contractor with the primary responsibility for design and system integration, airframe manufacturing, final assembly of the aircraft, flight testing and technical support during service. The National Aeronautics Laboratory (NAL) in conjunction with ADA was to develop the Flight Control Systems (FCS) which included flight control laws and the fly-by-wire system. HAL and Electronics and Radar Development Establishment (LRDE) were to develop the multi-mode radar and Gas Turbine Research Establishment (GTRE) was tasked to design and develop the GTX-35VS Kaveri afterburning engine. Conceptually, this arrangement provided a building-block for the second objective of the LCA project which was the emergence of an aviation and aeronautical conglomerate in India which could hold its own against what the West or Russia could offer. However, these agencies did not evoke the same level of enthusiasm in the IAF in their ability to build a state-of-the-art fighter. The Air Staff Requirements (ASR) were finalised by the IAF in 1985 and it was only to be expected that the IAF would incorporate a wish list of capabilities to meet its operational needs in the foreseeable future. The Project Definition commenced in October 1987, and was completed a year later. This phase defines the detailed design, manufacturing and maintenance requirements and provides critical inputs for the overall project costs. Dassault Aviation was hired to review the project and the design was finalised only in 1990. The IAF had reservations about the technological capabilities of DRDO and HAL to design and manufacture the LCA but a Governmental review committee formed in 1989 was of the view that DRDO had acquired much of the technological competence to undertake the project. However, it was decided that as a matter of prudence, full scale engineering development would be undertaken in two phases as under:- 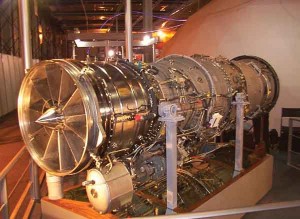 Phase I would focus on “proof of concept” with the design, development and testing of two Technology Demonstrators (TD-1 and TD-2) after which two Prototypes (PV-1 and PV-2) would be made.

Dilemma for the IAF

The IAF did not place any firm orders for the LCA in the early stages and adopted a “wait and watch” policy. Viewed in retrospect, it is apparent that there were reservations on the capabilities of ADA and other agencies involved in the LCA project which may not have been stated in so many words but were reflected in the policy decisions.

Phase I of the development commenced in 1990 and HAL started work on TD-1 and TD-2 in mid-1991. On November 17, 1995, the first LCA TD-1 was rolled out with much fanfare and TD-2 was rolled out in 1998. The first flight of TD-1 could take place only on January 04, 2001 due to a number of reasons including the financial crisis of 1991, the imposition of sanctions post-1998 nuclear tests and delay in the development of the Kaveri engine. By April 2012, different versions of the LCA including the naval version, have flown 1,821 sorties albeit with the GE 404 engine and Israeli IAI’s EL/M-2032 multi-mode radar. This is proof that the secondary objective of the LCA programme of building India’s aviation technology has been achieved to a great extent. The prime objective of providing the IAF a replacement for the MiG-21 fleet and a modern light-weight combat aircraft for the IAF and the Indian Navy remains a distant dream.

The combat potential of the IAF is depleting rapidly and the fighter fleet may reduce hitting a low of 29 squadrons in the next five years as the MiG-21 and MiG-27 squadrons are retired from service without replacement. The Rafale has emerged as the winner in the Medium Multi-Role Combat Aircraft (MMRCA) tender. Hopefully, the Rafale will fly under Indian colours in the near future but delivery schedules are dependent on finalisation of contract and establishment of facilities at HAL for licensed production. The IAF leadership has acknowledged the reduction in the number of combat aircraft but has indicated that the combat punch in war will be maintained as a result of the upgrades on the fleet of Mirage 2000, MiG-29, Jaguar and Su-30. However, in war, numerical superiority is as critical as technological capability and in this respect, the IAF is likely to be in difficulty.