The Sirens Must Wail Again 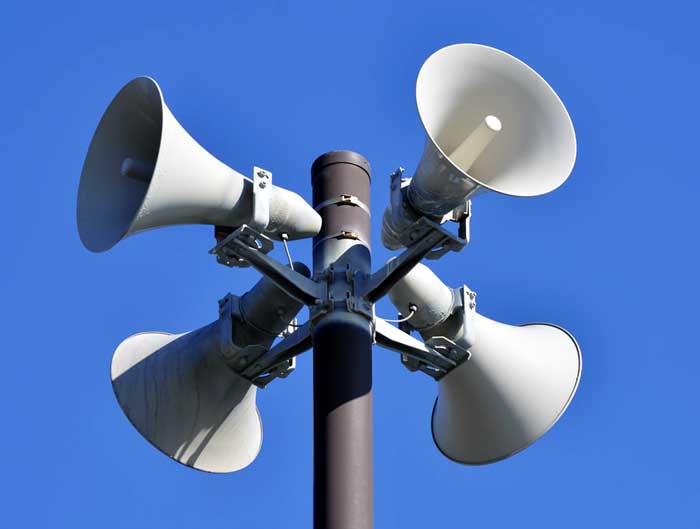 The sound of sirens last heard in 1971 have been conspicuous by their silence.

But then again, was it not the sound of sirens which sent everyone scrambling, running to shelters, switching lights off for black outs and alerts! A practice tried and tested in the Country but not heard for long.

Over the years we have seen that emergencies come in different forms and mostly when least expected, then again, there may not be one for years! Complacency sets in. Some might feel that there is no need to waste time & money in preparation for something that might never be seen or experienced again, rather fool hardy to say the least. When an emergency or disaster strikes, where and in what manner is not announced ,therefore it warrants that we be prepared .

An emergency could be anything ranging from a Natural Disaster like earthquakes, floods , cyclones or droughts which are recurrent, to an extent can be forecast, or at least areas under risk identified and preparations put in place.

It could be an agricultural emergency with Locusts or diseases affecting crops and their production.

An Endemic affecting humans, cattle , live stock or poultry and a Pandemic like swine flu , SARs or the current situation like COVID-19 created by humans either accidently or by design.

Lastly an act of external aggression which could take the form of war, restricted or all out, sub- conventional ,conventional , nuclear or NBC . The NBC content would certainly require large scale efforts at containment & mitigation ranging from PPE to various other measures, both decontamination, medication and so forth across a wide array of space and environment.

Each of these situations require systems and procedures to be put in place.

No system can be considered sound unless tested, rehearsed and refined over a period of time at reasonable frequencies.

The humongous challenge and effort required can best be understood through a simple example of what it takes for flood relief.

Year after year, the Army undertakes “mock drills” for flood relief. Let us understand what happens on ground:-

•  There are “Standard Operating Procedures” at each Headquarters/Unit.

•  All Commanders review the plans laid out.

•  Columns earmarked check the equipment, its operational readiness and availability.

•  Random count of number of vehicles passing through a point is done to ascertain how many vehicles can be mustered in a given time frame.

•  Time taken to move out is checked.

•  Telephone numbers and names including those of relevant Civil Administration are verified and updated.

•  Joint meetings are held between Army & Civil Administration to fine tune responses and coordination .These may include tentage for camps, water supply, medication, hygiene , food and other peripherals for a relief camp. Equipment and support available with both the Civil Administration and Army are factored in.

A quick assessment would indicate what goes in for preparation for a fairly simple operation like Flood Relief.

The list given above is a very rudimentary one giving the bare essentials at District and State levels across the country. One needs to understand the degree of coordination internally and between various departments in a situation which can be reasonably forecast. Many examples can be pointers as a failure to respond even in such cases due to laxity at various levels, failure to use the Disaster Management Funds at their disposal is an issue which not being addressed here.

Let us upscale this to a National Emergency in a conventional situation to get a brief idea of what it would involve.

•  Identifying industry , tasking them to up the production of required Equipment/Technology.

Each of these pass through various stages; for example the armed forces, rail, road and air transport are under stress initially to move war like requirements to areas of deployment , then go into a maintenance mode.

Civil defence goes into preparing towns and cities for Black Outs, Air Strikes and so forth.

Food & Supplies get their acts together to feed citizens and provide for Armed Forces, Railway Rolling stock and Road Transport are made available.

•  Protecting citizens & providing for them. Towns & Cities are the centres of population which is invariably diverse in age, finances, immunity and so forth.

In a country like ours, a historic perspective would reflect a reactive attitude for responding to such emergencies rather than being prepared and proactive. Case in point is the Amendment to the Factories Act with reference to the use or production of “Hazardous Substances” which came about only after the Bhopal Gas Tragedy; it showcases a lack of foresight and planning.

Governments the world over, have as their responsibility “The Safety & Security of Citizens” on top of their lists. India too has had certain Regulations promulgated with this in mind, the “Disaster Management Act of 2005 which came up in the aftermath of Earthquakes and the formation of the NDMA took shape is a case in point. This Act over rides the old Epidemic Disease Act of 1897 and provides the Government powers to declare a part or the entire country as affected by a disaster and to make plans for mitigating the “risks, impact and affects” likely from that Disaster. It covers in essence all Natural and Man Made Disasters which are beyond the coping capacity of the community, while at the same time, empowering the Government to Act against anyone not abiding by the Government’s Orders & Regulations.