The Ray of Death: Directed-Energy Weapons 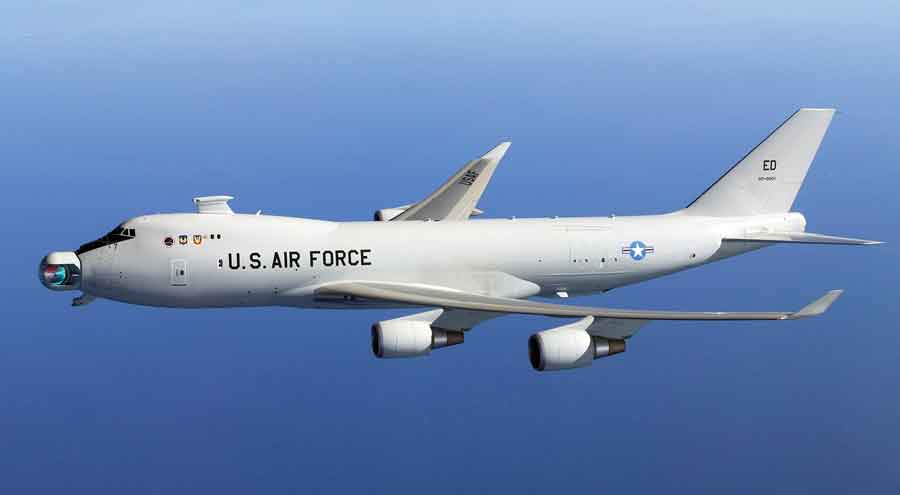 Why do laser guns and other DEW devices seem so much more attractive than conventional projectile weapons such as guns and missiles? For one thing, DEWs can be precisely targeted. It is claimed of some airborne laser weapon systems, that while engaging a moving truck, the attacker may choose whether to simply burn the tyres and immobilise the vehicle, hit the engine and disable it or set the fuel tank alight and trigger an inferno. Similarly, while targeting a person, energy output can be controlled at will, high power to kill or low power to deliver an intensely unpleasant experience and serve as a stern warning: “Get lost, or else…!”

Ray guns have been the staple of science fiction for almost a century. Star Trek showed characters using handheld laser weapons or ‘phasers’. Star Wars had its ‘blasters’ that fired bursts of particle-beam energy called bolts. And various other books, movies and TV serials have featured disintegrator rays, plasma rifles, pulse rifles and many other outlandish devices, often handheld but also fitted on a variety of machines ranging from flashy motorcycles to alien spacecraft. Common to all these exotic weapons is directed energy, generally in the form of a laser beam, or other mysterious and powerful rays, capable of killing people and destroying objects. The incredible power source that enables such a device to be fired continually without recharging is rarely if ever mentioned.

Back in the real world, it is unlikely that armies of the foreseeable future will be able to completely replace their bullet-firing guns with ray guns. Yet research is on in a number of countries to develop practical weapons based on the principle of the ray gun. These Directed Energy Weapons (DEW) already use laser beams and other concentrated sources to exploit the human body’s natural response to pain and intense heat. While the United States is at the forefront of the technological race to develop laser weapons, it is not the only nation to venture down this path. Russia is known to be working on aerial military lasers and it is a safe bet that China and Israel are too. There are reports that India’s Defence Research and Development Organisation (DRDO) plans to develop high-powered laser weapons technology to shoot down missiles. However, the programme is still in its embryonic stage.

Why do laser guns and other DEW devices seem so much more attractive than conventional projectile weapons such as guns and missiles? For one thing, DEWs can be precisely targeted. It is claimed of some airborne laser weapon systems, that while engaging a moving truck, the attacker may choose whether to simply burn the tyres and immobilise the vehicle, hit the engine and disable it or set the fuel tank alight and trigger an inferno. Similarly, while targeting a person, energy output can be controlled at will, high power to kill or low power to deliver an intensely unpleasant experience and serve as a stern warning: “Get lost, or else…!”

Since laser beams travel at the speed of light, evading an accurately aimed laser weapon is impossible. The range of a laser gun is much greater than that of a conventional weapon. And although practical range is subject to atmospheric conditions and power availability, even long-range laser ‘firing’ needs hardly any compensation and wind velocity has negligible effect. Lasers are also capable of great flexibility. For instance, their focus can be changed to select an effective area either much smaller or much larger than bullet or projectile-based weaponry. Since laser beams produce neither sound nor visible light, the user’s location would not be compromised. And if sufficient power were made available, for instance by refuelling the host platform, laser weapons would never run out of ‘ammunition’.

Towards the end of the Cold War, the United States considered developing its own DEWs to defend against Soviet nuclear weapons and also to counter a perceived Soviet design to seize the ‘high ground’ by deploying lasers and jammers in space. In March 1983, US President Ronald Reagan proposed the ambitious Strategic Defense Initiative (SDI) programme, later somewhat derisively nicknamed “Star Wars”, to use ground-based and space-based systems in order to protect the US from attack by Intercontinental Ballistic Missiles (ICBMs). The SDI also studied the possibility of deploying directed-energy devices, especially laser weapons, to destroy ICBMs in flight. Although the colossal programme was abandoned as being impractical and prohibitively expensive, it did set the stage for the development of some realistic DEW devices.

DEWs attempt to precisely aim energy at a target to achieve the desired effect, whether lethal or non-lethal, without using a projectile. The energy may be electro-magnetic radiation, sound or micro-particles (actually a form of micro-projectile weapon). DEWs can be classified by the frequency in which they operate such as Radio Frequency (RF) or laser, or by the principle on which they operate. So-called microwave weapons are a subset of RF DEWs. Particle-beam weapons are a type of DEW that use charged or neutral particles to destroy a target. They are theoretically possible, but no practical examples are known to exist. Such devices would probably suffer from ‘blooming’, wherein energy that is intended to be focused on the target gets spreads out thus rendering the beam less effective. Plasma weapons fire a beam, bolt or stream of sub-atomic particles. Sonic and ultrasonic DEW weapons use a focused beam of sound or ultrasound to injure, incapacitate or even kill an opponent.

At present, the US military is streets ahead in the development of possible DEWs, especially laser weapons…

However, laser weapons are by far the most promising variety of DEW currently under investigation.

‘LASER’ stands for Light Amplification by Stimulated Emission of Radiation. A laser produces light in a non-conventional way by stimulating the release of photons or light particles from an active laser medium also called gain medium or lasing medium. Any laser device needs a source of atoms to get excited and emit light of a specific wavelength, an energy source, mirrors and lens to shape and focus the light into a narrow beam. Chemical lasers, the most common type nowadays, use energy from a suitable chemical reaction instead of electricity. A well-known example is the Chemical Oxygen Iodine Laser (COIL), an infra-red laser. However, storing and using chemical fuel has its own problems. There are also issues with undesirable heating and overall inefficiency. However, if these can be overcome, the directed-energy beam that is produced can travel great distances and may be employed to obtain lethal results. More advanced solid-state lasers, which employ a solid gain medium, are also emerging from military laboratories.

While the use of laser weapons for on-the-ground engagements in war zones may be severely limited by line-of-sight issues, they are excellent for use against aerial and naval targets. To be considered militarily useful in a live setting, a laser weapon needs to generate at least a 100-Kilowatt beam. A 150-Kilowatt laser may be powerful enough to take out an airborne aircraft. However, unless the laser device generates at least one Megawatt of power it is probably useless against the main threat at sea – anti-ship missiles. And laser power may need to be ramped up another order of magnitude to neutralise ICBMs.

At present, the US military is streets ahead in the development of possible DEWs, especially laser weapons. For instance, the Tactical High Energy Laser (THEL), also known as the Nautilus, was a 1996 joint US-Israeli project to investigate lasers for military use, especially to counter low-calibre rockets frequently launched against towns in northern Israel. It used deuterium-fluoride chemical laser technology and had a command centre, radar, target-tracking telescope, the laser itself, tanks to feed it plentiful fuel and a rotating mirror to aim the beam at distant targets. During tests, THEL reportedly destroyed 46 rockets, artillery and mortar rounds in flight albeit under controlled conditions. However, its prospects on a live battlefield, especially if salvos of Katyushas and other small rockets were fired towards it, were reckoned to be poor. THEL’s performance was severely degraded under cloudy conditions. Besides it was extremely bulky – the prototype was as big as six city buses – and cost a great deal to manufacture and use. The project was finally abandoned in 2005.

Now, there is the High Energy Liquid Laser Area Defense System (HELLADS), a research programme of the US Defense Advanced Research Projects Agency (DARPA). This liquid-cooled laser is claimed to be ten times smaller and lighter than current lasers of similar power. It is planned to be mounted on combat aircraft to shoot down incoming rockets or missiles. It would have additional capability for offensive missions, offering precise targeting and low probability of collateral damage.

3 thoughts on “The Ray of Death: Directed-Energy Weapons”