Home  >  News  > Military & Aerospace  >  The Military Must Find Its Voice

The Military Must Find Its Voice

No symbol is more sacred in a democracy than the military uniform which commands nearly automatic and universal reverence. There is no question that our troops are courageous and selfless. They expose themselves to inconceivable dangers and fight for the sake of the country. The respect and gratitude that they are owed is axiomatic. However, the values of the military are an antithesis of the prevailing trends in society, at large. Its public image, our public discourse and our public policy strike a discordant note. We need to introspect. The soldiers are ‘one of us’ and society must share the burden of their upkeep, respect and reputation. The uniqueness of military values and command structure needs to be preserved. The military is a can-do institution. It is an organization that functions by group endeavour. As opposed to this, politics is a muddle of moral and practical compromise.

It is a measure of the indifference of the political leadership about matters military, that war histories remain under wraps. The history of the 1965 war has recently been published. However, the primary documents that it is based upon are not available to researchers and the general public. The civilian bureaucracy has a stranglehold, without accountability. It is single-minded in its determination to deprive the Armed Forces of any credit for their contribution to national security and cohesion. The armed forces have begun to look – and sound – like just any other “department” of the government.

We have one of the finest, most loyal, disciplined armies in the world, willing to follow orders and, most important of all, take casualties. They deserve better leadership”¦

How can the military offer options or advice when the political leadership neither understands its potential and limitations nor sanctions long-term plans to create the capabilities necessary to meet emerging threats and challenges? There is an almost unbridgeable civil-military divide in our country. It does not augur well for national security. You never want to see your military brass on the defensive, whether facing the enemy, or your own media. We have one of the finest, most loyal, disciplined armies in the world, willing to follow orders and, most important of all, take casualties. They deserve better leadership, from within, and definitely from the political class. The fact remains that there does not seem to be political will to equip the armed forces suitably. Citizens and planners should appreciate that plans on paper, political rhetoric and diplomatic parleys cannot win wars. For this the military must speak up.

India faces complex external and internal security threats; and new challenges are emerging. Unresolved territorial disputes with China and Pakistan, insurgencies in Jammu & Kashmir and the northeastern states, the rising tide of left-wing extremism and the growing spectre of urban terrorism have vitiated India’s security environment and slowed down socio-economic growth. Yet, as the recent serial blasts at Mumbai have once again indicated, India’s national security continues to be sub-optimally managed.24

In passing it is relevant to quote T.S. Eliot: 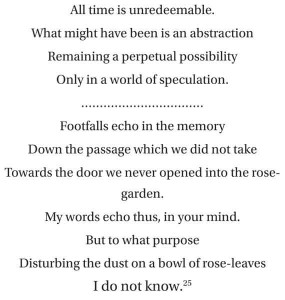