The Kurds and the Turks: Celebrating rivalry and bloodshed since 1925 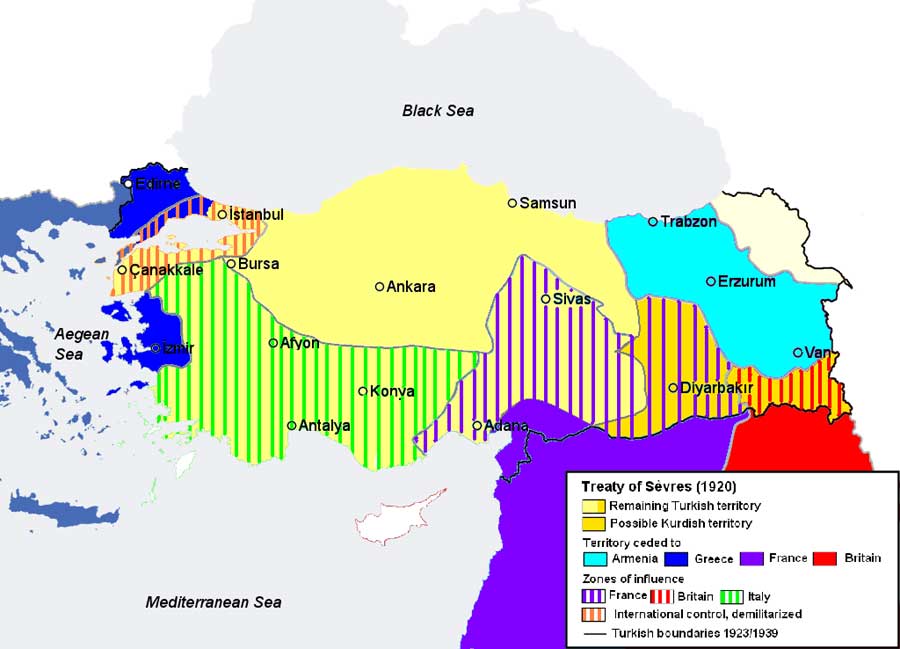 The Kurds and the Turks are united by land but defined by community. The Kurds are a sizeable community, living in Turkey, along with some neighbouring states of Syria, Iraq and Iran. In each of these countries, the Kurds are strongly violent against the government, somewhere for their rights, elsewhere fighting for independence.

The Kurds continued their lifestyle in a closed community, with their own language and customs. This closed and tight community often were uneducated and this further increased their difference between the Turks.

The Kurds and the Turks were living in peace since the Battle of Moniker (1071) which paved a way to Anatolia, the lands they continue to live even today. From Ottoman empire to the Republic of Turkey, they have been living in the same area for ages. Moreover, Turkey has some Kurdish inhabitants along the border, mostly living in the South-eastern Anatolia. Being different from local community, having different customs, cultures and languages, these have become an epicentre of clashes which later led to an armed dispute between the Kurds and the government. The Kurds, heavily oppressed by the Turks, has expressed their desire of an independent coalition inside the Turkish borders.

A look back in time

The Kurds and the Turks “somewhat” lived in peace during the Ottoman Empire, which historians referred to a “polyethnic empire”. The Ottoman empire was widely praised for its leniency policy, where minorities and different ethnic groups were allowed to live together. However, the social order was very different back then, when tribes of similar ethnic groups came together around the agha, the landowner, in suburban areas. Hierarchy was strictly followed during these times. The same were applied to the Kurdish community. The families were all kept together, guarding their identity, which somewhat was appreciated, during those days.

After the First World War, the Central powers, which the Ottoman Empire was a part of, lost and as a result, the Treaty of Sèvres was signed, promising that the lands would be given back to the Kurds. Since the treaty was signed by the then Ottoman authorities, national militia was formed, which refused to accept the treaty. This led to the war for independence, in which the Kurds fought alongside Turks. The Treaty of Lausanne, which defined the modern Turkish Republic borders classified that the borders were open to all “Turks”, no matter their ethnicity, past or religion, and was signed by the allies, in an effort to unite them under common language and values. Turkey was deeply affected by this nationalist movement and became a monotonic state.

The Turkish borders comprised of many minority groups such as the Kurdish, Laz, Circassians and Georgians. However, the Kurds were a large community, who enjoyed around smaller communities, which prevented them to fall under the “Turkish” identity, unlike the other minorities. Despite various attempts from the Turkish authorities to dispose the tribal agha system, they were much in vein. The Kurds continued their lifestyle in a closed community, with their own language and customs. This closed and tight community often were uneducated and this further increased their difference between the Turks. 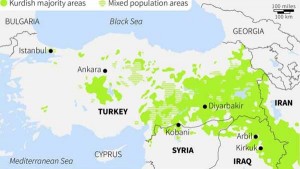 “Kurds have demanded separation from Turkey to create an independent Kurdistan, or to have autonomy and greater political and cultural rights for Kurds inside the Republic of Turkey.” However, this remained a reason for “Kurdistan” as the Kurds wanted to continue speaking their own language, being educated in Kurdish and did not want to be called “Turk” instead of “Kurd”. They claimed that their identity was decimated since they came under Turks and were not respected for being a Kurd, plus they were oppressed by the Turks. Agitated by this issue, the identity crisis and oppression, the Kurds revolted against the Turkish government with the Sheikh Said rebellion in 1925 under the cause of Kurdish nationalism. The Turkish government reacted and supressed the rebellion. Although the rebellion came to an end, and no proper dialogue occurred, beside a harsh reaction from the Turkish government caused further disturbance to Kurdish communities.

The PKK also encourages in increasing children in an effort to increase the Kurdish population in Turkey and further adding child soldiers to their armies.

Turkification policies further agitated the Kurds, and with a little outside support from the East, the Kurds were able to launch another rebellion in 1930, which became popularly known as the Dersim Rebellion, when the Kurds refused to pay any tax to the government. This rebellion too was suppressed by Turkish military, but heavy casualties were reported from both the parties which resulted in heavy internal displacement of the Kurds.

Rise of the PKK

To actively protest against the government policies, the Kurds formed a terror organization. The terror group began its operations from 1984 and fought many battles against the Turkish military forces, which caused heavy civilian casualties and that of soldiers from both sides. According to the report published by the Turkish Grand National Assembly in 2013, a total of 35,576 people lost their lives, 6 thousand of them being civilians. It has been reported that more than 386,360 people emigrated from the region due to the constant threat of terror. PKK has been increasing its power even today, spreading to large areas and building bases along the vast regions of Syria and Iraq. The PKK also encourages in increasing children in an effort to increase the Kurdish population in Turkey and further adding child soldiers to their armies.

In 1999, the PKK declared a unilateral truce saying that it has completed its mission and now would focus on political strengthening of the community through KADEK, a political party. During this entire period, both the communities threw accusations on each other. However, due to an internal conflict in the KADEK, PKK was reborn and the ceasefire was over in 2004.

After repetitive failed peace talks between the two parties, the third era of insurgency began in the early 2015. As Turkey was involved in fighting ISIL, PKK made many successful attempts on Turkish government officers. This, followed by Turkey attacking PKK bases in Iraq, which further escalated the strenuous relations between the two.

… the Turkish communities should develop new ways to reintegrate the Kurdish community and clear out the air on “Turkish oppression on the Kurds”, confidence building mechanisms should be kept in play.

In Turkey, there have been two reforms so far, both aiming to stop the feudal system in Anatolia and getting rid of the “aghast” in villages, which is strictly against democracy. Today, these groups continue to exist and the question of this reforms hangs on a thread.

Many economic packets have been created in an effort to resolve the conflict. The main agenda of the government was to reintegrate the Kurds into the community, which the government did by providing education opportunities and economic benefits.

In order to establish peace between the two, education reform is a must. A majority of the Kurdish community is living in the south-eastern Anatolia and remains secluded from communities. Therefore, it is quite possible that the picture remains incomplete for the Turkish government to reconciliate between the two groups. Moving on, the Turkish communities should develop new ways to reintegrate the Kurdish community and clear out the air on “Turkish oppression on the Kurds”, confidence building mechanisms should be kept in play.

It is also a fact that Kurdish communities within have different ideology towards the rise against the government and on the PKK terror organisation, thus, it is very important to hear everyone.

Negotiations between the two organizations have already been tried and failed, ways of another peaceful solution should include examples of positive and effective relationship between the two. To expedite the process, it is important for both the parties to look at the points of aggression they continue to hold even after the first peace talks.

One thought on “The Kurds and the Turks: Celebrating rivalry and bloodshed since 1925”