The internal political situation in China

An editorial published on October 15, 2010, by the Communist Party controlled “Global Times” said:“China has changed a lot. In the future it will continue to adopt gradualism to bring about changes. No force can compel the nation to change what cannot be changed at the moment….. The Chinese cherish stability. They don’t want to let a radical revolution overwhelm current reforms. 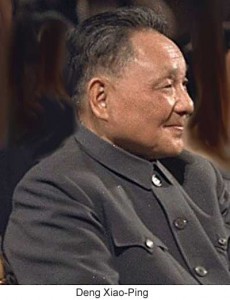 In respect to reforming the political system, China needs political wisdom and constant drive. It doesn’t need to rush its fences.”

This editorial was published on the eve of the four-day fifth plenary session of the 17th Central Committee of the Chinese Communist Party, which was held at Beijing from October 15 to 18. Even though the main item on the agenda of the session was the approval of the next (12th) Five-Year Plan, there was considerable speculation in China and abroad that the session might set in motion a programme of political reforms as a follow-up to the economic reforms launched by Deng Xiao-Ping in 1978 and the administrative reforms that followed in 1982.

The gradual introduction of a free market economy and the equally gradual integration of the Chinese economy with the global economy were the two pillars of the economic reforms. Deng believed that while a centrally controlled economy was necessary during a period of revolutionary war, the continuance of the planned economy after the revolutionary war was over would stand in the way of China’s rise as an economic power. His administrative reforms consisted of streamlining the structure of the Government by reducing the number of Ministries from about a 100 to 61 and providing a fixed tenure for all holders of political office.

Deng believed that while a centrally controlled economy was necessary during a period of revolutionary war, the continuance of the planned economy after the revolutionary war was over would stand in the way of Chinas rise as an economic power.

Deng believed that the economic reforms, even if successful, would not be sustainable unless they were built on a carefully constructed foundation of political reforms. In a talk on “The Reform of the Chinese Political System” to the Europe-China Forum in Ireland on September 5, 2003, Professor Liu Ji,Executive President, China Europe International Business School, said as follows : “As China has now adopted a market-based economic system, great changes have to be made to its superstructure, including its political system. Mr. Deng once hit the nail on the head when he stated that without political reform, the economic reform would remain purely superficial, and might even turn out to be a failure.”

Has the time come for launching an ambitious programme of political reforms? If so, what should be the nature of the political reforms to be introduced? What should be the role of the Communist Party in future? These are some of the questions, which were engaging the attention of the political leadership since the 17th National Congress of the Communist Party of China held in October 2007. The debate in the party and in the intellectual circles outside the party focused on the following points:

Deng believed that the economic reforms, even if successful, would not be sustainable unless they were built on a carefully constructed foundation of political reforms.

For China’s progress and stability in the future, political development was as important as economic and social development. That was what Hu sought to underline in his report. What should be the political characteristics of the Chinese State would be decided by the Chinese people through their party in accordance with their genius and experience. It would not be imposed from outside. The Chinese media quoted Yang Guangbin, Professor of the Renmin University of China. as saying: “With more individual freedom, gradual shaping of unique concept of democracy and solid forming of institutional arrangements, China-style democracy is emerging.”