The Indo-Pak Peace Talks: A Duodrama 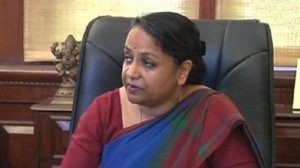 The two actors of our sub-continent prepare to enact the latest scene, in the series of peace drama running over decades. The script is yet to play out the denouement. Nevertheless they meet again on Aug 25, 2014. What this should means for Indo-Pak relations remains anybody’s guess.

In a telephonic conversation with her Pakistani counterpart Aziz Ahmad Chaudhary, Indian Foreign Secretary Sujatha Singh has agreed to hold peace talks on August 25, 2014 in Islamabad.  Ms. Singh categorically has told Mr. Ahmed that if peace talks were to be successful then firing across the LoC needs to cease.  Pakistan cannot be involved in “peace talks” with India concomitantly firing across the LoC killing Indian soldiers.

The Pak Occupied Kashmir has to come within the folds of Indian union for any lasting resolution on Kashmir.

During the conversation held at New Delhi between the Indian and Pakistani Prime ministers, Mr Narendra Modi and Mr Nawaz Sharif on May 27, 2014 by the sidelines of swearing in ceremony of the former, they agreed to reopen peace talks that had been stalled after the last firing incident. Mr. Modi is said to have categorically reiterated his governments stand to the guest that Goli (bullet) and Boli (talk) cannot go side by side.

So what do these renewed peace talks between the new Indian and Pakistani government hold in store for future of the two countries? The UPA government tried to engage in peace talks and failed each time.  It is yet to be seen whether this newly formed BJP government will succeed in maintaining diplomatic relationships with Pakistan by convincing the two Sharifs, Nawaz and Raheel the other side over long lasting peace.

It will be interesting to see how these efforts pan out, the Amarnath yatra is already underway and Kashmir’s state elections are on the horizon, the success of both will be to great discomfort in the Pakistani establishment.

Jammu and Kashmir is the biggest hurdle between the two countries, both having their own perceptions.  The peace talks can only be successful if both the nations can find a meeting ground on this contagious issue. A common ground is highly unlikely under the prevailing circumstances.

That being said, Indian government must not become hostage to the pressures of so called peace brigades. These are those people who get nostalgic at the name of Pakistan, since majority of them are those displaced during the partition (balle balle ambassadors). Our electronic media is yet to evolve as a mature medium for any discourse. They talk of a hard response and peace talks in the same breath depending upon the stance taken by the government. The hard talks on the idiot box should not confuse the flag bearers of this government.

India must not soften its military stance because of any pressure for holding the ritual of peace talks.

The Pak Occupied Kashmir (PoK) has to come within the folds of Indian union for any lasting resolution on Kashmir. India should refrain from the lure and deflect all pressures of getting into some sort of peace arrangement over Kashmir, finding solutions to the existing problem in a hurry. Jammu and Kashmir within the pre 1947 state boundary is undoubtedly India’s land and we must firmly convey this to Pakistan in no uncertain terms.

This message can only be transmitted if India modernises the military and strengthen its overall defense with credible political and military deterrence.  Time and again Pakistan has proved that they cannot be trusted.  Pakistan and China together are the biggest threat to our Indian borders.  India must not soften its military stance because of any pressure for holding the ritual of peace talks.  We must continue with our efforts to strengthen military infrastructure and move steadily and swiftly towards self-reliance.

India needs to read a lesson out of Sun Tzu: The art of war teaches us to rely not on the likelihood of the enemy’s not coming, but on our readiness to receive him: not on the chance of his not attacking, but rather on the fact that we have made our position unassailable.

4 thoughts on “The Indo-Pak Peace Talks: A Duodrama”