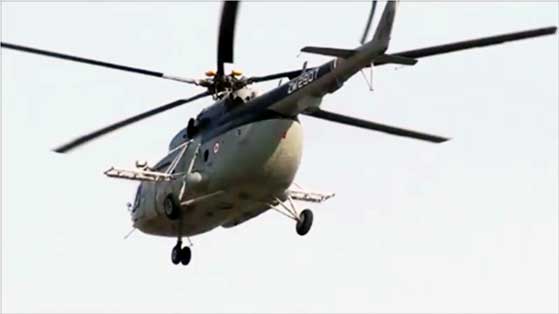 The Food &Agricultural Organisation (FAO) as early as August 2019[1] had indicated the presence of isolated locust menace in India. By October 28,2019 the “Desert Locust” in form of Swarms entered Indian sub-continent. Thereafter, by November 4, 2019 the situation progressively deteriorated and became serious by December,2019.

The spring bred swarms from the desert regions of Pakistan increased in number with a potential of causing extensive damage to standing crops. This necessitated a prompt government led response. 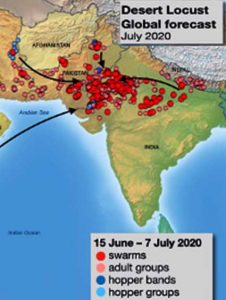 The Locust Warning Organisation (LWO), which was first established in India in 1939 and is the primary organisation to monitor and control the locust situation in the country. The Locust Warning Organisation was well aware of the looming threat. Its records indicated, that the last major locust damage was suffered during the locust cycle between the years 1959-62 with two major upsurges also occurred in 1978 and 1993.[2]

The situation reports from horn of Africa regarding the damages caused by the Desert Locust Swarms further instilled a sense of urgency in the preparations to deal with the impending threat.

Having taken stock of the situation, while 55 ground spraying equipment sets were ordered from M/s Micron, UK in January 2020 and additional vehicles and equipment with Local Circle Officers was made available, the feasibility of undertaking large scale spraying operations was also sought from Indian Air Force (IAF) as well as Civil Helicopter Operators.

Based upon inputs, Government of India issued supply orders to M/s Micron, UK in March 2020 to supply five aerial spray kits. These kits were planned to be fitted on two IAF Mi-17 helicopters which were to be especially modified. However, since these kits, due to the prevailing Covid-19 pandemic, were expected to be received only after September 2020, alternate solutions were actively sought.

While a helicopter, Bell 206-B3 operated by a civilian operator was proposed to be retrofitted with an imported strap on spray kit, the IAF was also sounded to explore the feasibility of an in-house aerial spraying capability development – a first for the IAF. Many years earlier unconventional and adhoc methods were used to spray water from IAF helicopters as an aftermath to the Bhopal Gas Tragedy of December 1984. 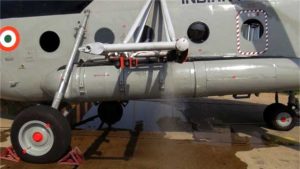 Rising to the demands posed by the emergent situation, the IAF engineers at No. 3 Base Repair Depot, Chandigarh, used their ingenuity and locally sourced materials including spray nozzles developed by CSIR-Central Scientific Instruments Organisation(CSIO), Chandigarh and designed an Airborne Locust Control System (ALCS). The designing of the system and modification of the Mi-17 helicopter was undertaken in-house, and post modification the system underwent a series of on ground and airborne trials.

The in-house certification trials were conducted by a team of Test Pilots from the Aircraft and Systems Testing Establishment (ASTE), Bangalore and the approval was duly accorded. 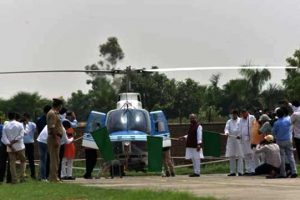 Significantly, both Bell 206-B3 and the IAF Mi-17 were available for deployment on June 30,2020. The Bell helicopter which was flagged off by the Union Agriculture & Farmers’ Welfare Minister, Shri Narendra Singh Tomar from a helipad facility at Gautam Buddh Nagar, Greater Noida, Uttar Pradesh, undertook its first sortie in the Banda area of Jaisalmer district in Rajasthan on July 4 ,2020. While, the IAF Mi-17 started participating in the anti-locust operations from July 5, 2020 in Jodhpur district.

The prime difference between the two helicopters is in the quantity of pesticide that can be carried in one trip and the area which can be sprayed.

The area which is required to be covered is significant. The LWO defines it as a Scheduled Desert Area (SDA), spread over 2.05 lakh square Kilometres, in the states of Rajasthan, Gujrat and Haryana. Besides these areas, the swarms this time have also affected other states, such as Madhya Pradesh and Uttar Pradesh. Hence, there is a mandated need for a large-scale ground operations co-ordinated with aerial spraying operations.

Meanwhile, as per FAO and LWO the summer breeding season for the Desert Locust has started and would last till October. The current perceived respite during the current period is deceptive and the swarms are expected to return again.

Since IAF operates a significant number of Mi-17s which are the backbone of its helicopter fleet, there is a need for manufacturing more such indigenous systems which could be prepositioned at various IAF airbases operating the Mi-17 helicopter. What is of significance is the need for undertaking the spraying operations by night when they are most effective, as the locust swarms are on the move by day only and may pose an additional flight safety hazard. The Mi-17s may prove to be even more effective if it undertakes the anti-locust operations by night using the onboard Night Vision Goggles (NVGs) equipment.

The additional advantages accrued from this fully indigenous ALCS capability are in terms of the cheaper recurring costs. Both in terms of maintenance costs and the costs necessitated by future modifications and upgradations. This capability is another first for IAF helicopter operations and the effort in achieving this indigenously is indeed laudable.

One thought on “The Indigenous Airborne Locust Control System (ALCS): Another First for IAF Helicopters”