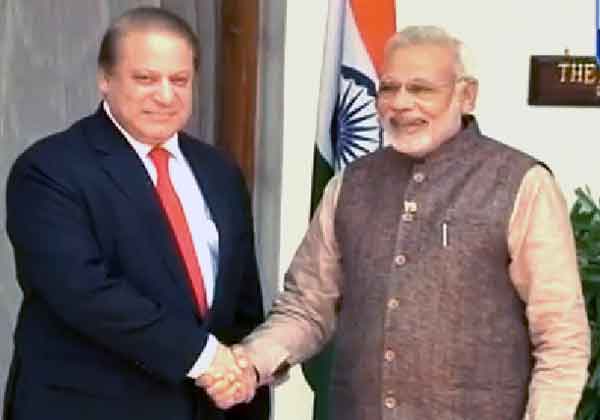 Narendra Modi’s invitation to SAARC leaders for the swearing in May was a smart move and it threw three groups into a spin. As the startled Nawaz Sharif government went into a confused silence, the hope and peace lobby in India and the media went into an overdrive. Eventually, Nawaz decided to come to avoid looking churlish and many Indian commentators who make hope their policy along with our media made it appear as if peace between India and Pakistan was about to break out. Having built these rosy predictions for the future of India Pakistan relations, this section today blames the government for not abiding by their false dreams.

By adopting the slogan that Pakistan is incomplete without Kashmir, their politicians have ensured that their country will always remain adhura (incomplete).

Successive Indian Prime Ministers have believed that somehow they held the magic key that would unlock all doors. This is not going to happen so long Pakistan remains the way it is configured today. We must accept the reality that Pakistan is today in a blind alley in its relations with India with its obsessive enmity.

This enmity is written into their doctrine and military thought. Their Army speaks of crushing India to save Pakistan and Islam from ‘Hindu’ India. By adopting the slogan that Pakistan is incomplete without Kashmir, their politicians have ensured that their country will always remain adhura. Accepting that they are unable to change track, it is better to also accept that it is futile to talk to Pakistan’s leaders until such time they realise that the new world of the 21st century will pass them by unless they change their attitude.

The ‘in-your face’ invitation to members of the Hurriyat for talks with the Pakistan High Commissioner and the refusal to cancel despite Indian objections meant that instructions had come from Pakistan. Possibly, it was designed to test if the new government would continue the flawed policy of previous governments in allowing the Hurriyat, an unelected unrepresentative body, to push the cause of Pakistan. This approach had undermined the elected government in Jammu and Kashmir and its chief minister.

Actually, the decision to call off the talks is a boon for a politically beleaguered Nawaz Sharif and Kashmir would be a useful diversion. The Army considers Nawaz’s continued vendetta against former Army Chief Pervez Musharraf to be blasphemy. Yet Nawaz needs the Army’s renewed support to bail him out of the morass so he will do their bidding. Raising external bogeys helps. Jihadi war cries could be next.

Indian policy has been based on some mistaken beliefs that Pakistani politicians would favour a normal, even a cordial relationship with us but that the army would not let them.

Pakistan will not surrender its terror option and India has no cure for its paranoia.

Zulfiqar Bhutto could scarcely hide his animosity towards India. It was Nawaz Sharif who supported the Taliban and actively supported innumerable anti-India groups, most of them fostered in Punjab, his stronghold. Mumbai 1993and Kargil 1999 happened during his tenures.

Many here mistakenly believe that continued dialogue and overtures by India under all circumstances will strengthen the hands of Pakistan’s politicians and weaken the military’s stranglehold. In reality there has been no significant change in the threats faced by us regardless of whether there was a dictator in command or an ostensibly civilian rule. The army will simply not allow any change while conciliatory gestures by India are construed as vindication for existing policies. Indian optimism about Pakistan is the consequence of an inadequate understanding and knowledge about the creed of the Pakistan Army.

India just does not have the ability to bring about changes in political thinking in Pakistan. It would be dangerous to tread into pastures where others have ventured and failed. Pakistan’s political process is an internal matter between its people and leadership.

The time has come for India to move away from traditional policies about Pakistan. We hardly trade with each other, Pakistan will not give India transit to Afghanistan even though it stands to earn money, there is little people to people interaction, its hate-India machinery is vocal and active, Islamisation and intolerance are ascendant. Pakistan will not surrender its terror option and India has no cure for its paranoia.

Having tried all methods to improve relations political, military, economic and failed, we should now simply put our bilateral relations on the back burner till Pakistan decides it wants to live as a good neighbour. It is not compulsory to have cordial relations with one’s neighbours; a nodding acquaintance and staying out each other’s way is perfectly normal. So with nations. When people and nations get ready for normalcy, they will come around.

One thought on “The India Pakistan merry-go-round”