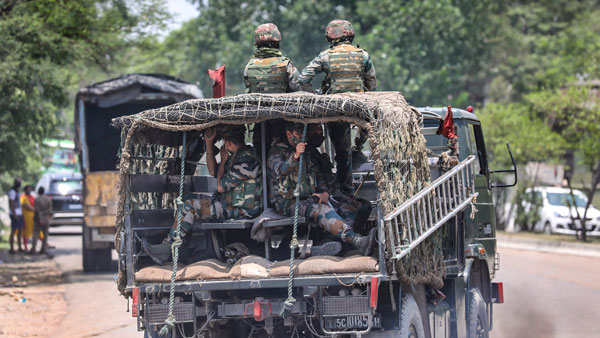 Nagaland has been a puzzle unsolved since the days of the British Raj, it continues to be so even today.

Many governments have come and gone, the talk of settlements and accords being signed have signaled hopes a possibly bright future, peace and prosperity, but the fire keeps burning.

The Look East Policy and Act East Policy hinges on the economic development of India’s North-East Region. This requires a holistic review to bring together the two pillars which stand to gain or lose the most; the interest of the people and National Interest.

Being frontline states, the total integration of Nagaland and other North Eastern States with India and the Constitution is a must.

I write my thoughts, based on hands-on experience, without any political leaning or influence of treaties and accords, which to my mind have had little or no positive outcome other than short term gains for political objectives.

The long delay in following up these accords allows disillusionment to set in within the groups that support talks and one or the other splinter group takes to arms as is evident from the formation of the Khaphlang from NSCN (IM) as well as the more recent split within the peaceniks. Apart from disillusionment within the civil population, the long deployment of the Army also leads to a diluted impact, set pattern of operations and fatigue in routine functions. Lastly, it does leave the door of protests motivated by politics or neighbors hostile to India open.

Assam, Nagaland, Manipur have remained on the boil long enough and have seen much damage/loss to the people as well as India as a Nation, not to forget the damage suffered by the Army.

Sikkim and Arunachal are faced with a daunting challenge posed by the Chinese developing infrastructure, villages, claims and posturing. Insurgents in Manipur, Nagaland and Assam have reportedly found support (covertly) along and across the borders. The states concerned continue to see pockets with secessionist tendencies (very often attributed to   a Chinese hand as opposed to the Pakistani hand in the North and West). Such a situation has warranted the promulgation of Armed Forces Special Powers Act (AFSPA) in the absence of which the Army would be unable to perform the duties they are charged with.

While more than a fair share of attention is given to the borders with Pakistan, of late some attention to the border with China, the borders with Bangladesh, Myanmar and Nepal should be of particular interest with respect to management and require more specific attention. The threat to National Integrity has remained under control though subsurface, essentially due to the presence of Armed Forces.

The world over, Insurgencies continue to fester, while one faction is for peace another continues to profess the use of violence and arms, people are divided, some become underground supporters by choice ,others out of fear and yet others become over ground supporters and activists who at best risk trials in courts.

While the policy makers promulgate policies aimed at appeasing the public as well as discouraging insurgent groups in various ways, not excluding monetary rewards, re-habilitation, development, promise of jobs and more as a soft side, on the other hand, deploying Armed Forces is the hard side of Government action. The resolution of such conflicts rests squarely upon the Governments both at the State as well as Center. The two insurgencies that India settled in the most sensible manner are Punjab and Mizoram, credit to the people of those States.

ASFPA and Deployment of Army

Necessitated by the Naga uprising and ambush in the year 1958, the Armed Forces Special Power  Ordinance for Assam & Manipur was soon passed as an Act, later on 11 September 1958 itself and used in many other states as well.

Such areas that are considered ‘Disturbed’ by the State Government and declared as such keeping in mind the security environment, may require the deployment of the Army. In order to permit the soldier to perform his duties without the fear or apprehension of being prosecuted for various acts performed during the discharge of duty, it also allows special powers for search, arrest, destruction of and opening fire under certain circumstances to the forces deployed  the Armed Forces Special Powers Act (AFSPA) is promulgated. It is noteworthy that these powers are already vested with the state police forces. Therefore it would be axiomatic that if the Army is to operate in the peculiar environment that prevails in counter insurgencies/terrorism operations, also needed a similar protection within the legal framework. Hence the need for AFSPA.

An annual review of the security environment is done with the aim of considering the revocation or continuation of the AFSPA. The 213th Report of the Department Related Standing Committee of Home Affairs known as ‘The Security Situation in the North Eastern States’ was tabled in both houses of Parliament in 2018. It clearly brought out the dichotomy between the claims of peace and the continuation of AFPSA in the states concerned making it difficult to comprehend the divergent views. The State governments claim an improved security situation but the areas declared as Disturbed had increased! It would appear that the State Governments had resorted to extending the application of the AFSPA to ensure the flow of funds from the Center to fight Insurgencies! While the ‘Disturbed Area’ tag permits the promulgation of AFSPA and deployment of the Army, it is also a means of facilitating the release of funds by the center for meeting the security requirements, it is here that the conflict lies!

To avoid such a dichotomy each State, its government and people need to be made responsible for the environment within and the well being of every citizen. Governed and administered like a CEO accountable to the employees and Promoters needs to have his /her performance audited in Parliament and a ‘people’s court’ too. Rather than providing funds for security, the Center would do well to allot funds for development to those States which ensure a safe and secure environment, this could begin with districts as ‘Islands of Example’ to encourage others in following suit.

A broad explanation of the roles and responsibilities of Civil Government/Administration and Army is as given below:-

Essentially it implies that the Army ‘should’ be withdrawn once a situation becomes conducive to permit the normal functioning of Civil Administration. However, this has rarely ever happened. Thus the Army lingers on, many a times peace talks are in progress and the Government goes in an overdrive to even protect the rebel leaders since they are central to the talks.

In Nagaland, there was a time when we had the good NSCN and the bad NSCN with the Army stuck between the two! One favored peace and was hostile to the other, this situation placed the Army in an unenviable situation of being drawn into an inter-tribal conflict.

Each overture by Governments at declaring a Cease Fire or accepting one, only allows the UG (Under Ground) faction to undertake quiet propaganda, garner funds and recruit more militants, resurfacing at a later time and place in greater strength.

Keeping the Army deployed for periods beyond the immediate requirement is by all reckoning not desirable. More often than not, this turns out in making the Army the fall guy, taking a hit for every second mishap.

They lose the kind of awe and respect the Army needs to create and enjoy. They often fall prey to political pulls and pressures out of sheer compulsion, the civic action program which requires funding by the state, runs aground with no funds being provided by the concerned government. Long gaps where Peace Talks remain in suspended animation causes further problems due to impatience amongst various stake holders. 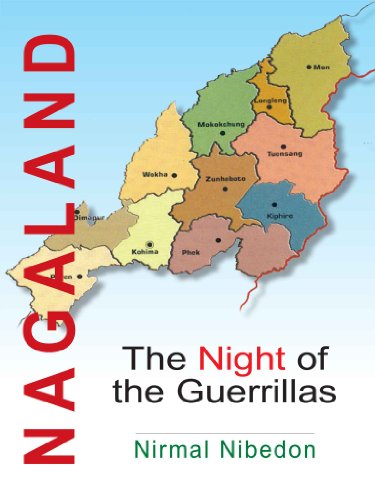 In the ultimate analysis, the Army takes a hit, due to mainly the political objectives of various parties.

As announced by the Home Minister, after the recent unfortunate deaths in Mon District, that a Court of Inquiry would be ordered and those involved would be prosecuted (CM of Nagaland), a committee would look into and recommend the possible withdrawal of AFSPA in 45 days.

Given the Catch 22 situation, the Armed Forces need to push for withdrawing all armed forces deployed in Nagaland  for CI operations. Focus and concentration of force could then be shifted to the borders and a certain depth along the border could continue to be ‘Disturbed’ thus giving the Army a free hand to intercept trans- border infiltration, while leaving the mainland to the police and civil administration.

How this could translate into practicality would have to be examined by the Army leadership themselves. The bottom line being ‘No AFSPA, No Army Deployment’. It is the government’s responsibility to ensure that personnel from the Armed Forces do not suffer when called out to duty by the Government.