The Future of Next Generation Unmanned Aerial System 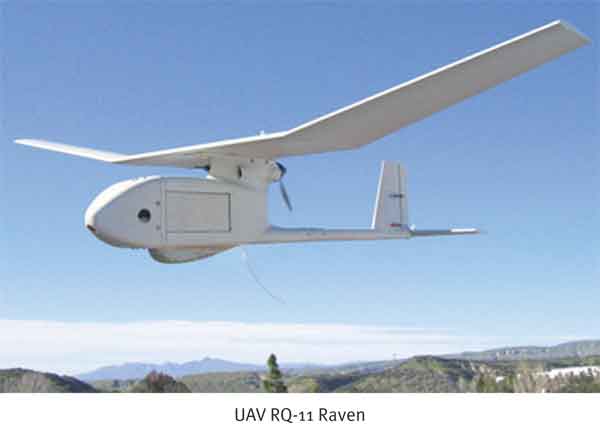 Driven by the rapid growth in micro and nano technologies, manufacturers of UAVs are developing payloads and synergetic support systems both for military and non-military applications. The latter would include applications such as counter terrorism operations, disaster management, border and urban surveillance, ground and sea traffic monitoring, crop diagnosis and insecticide spraying, ground mapping to name a few. Unmanned Systems being technology intensive, their exploitation poses a number of challenges. With the anticipated expansion of UAV fleet these will need to be addressed holistically.

Some of these are Human Resource Management, Interoperability with other Platforms, Standardisation of Unmanned Systems, Communications, Network Centric Operations and Air Traffic Management to name a few. A large team of highly skilled and motivated operators and maintenance crew are required on the ground to operate UAVs that have marginal error tolerances especially in during take-off and landing, evading enemy interception and during emergencies such as loss of link. UAVs are ideally suited for long duration sorties requiring multiple sets of crew for round-the-clock operations. In the future to operate UCAVs, it is essential that all HR issues such as selection, training, work ethos, CRM as well as career progression be reviewed. Use of simulators for would help reduce training period especially for the External Pilot (EP) and also help in promoting CRM for coordinated actions during emergencies.

Next is the issue of Interoperability of UAV with other platforms including strike aircraft and helicopters. The ability of this system to exchange data with other systems has been proved beyond doubt. Interoperability has been demonstrated recently in Operation Enduring Freedom, conflicts in Lebanon and in the war in Afghanistan. With tools at hand for Network Centric Operations (NCO), the IAF too is capable of streaming live videos for all C4I2 users along with provision of ESM data. Successful trials reveal that ESM and SAR imagery can be very usefully integrated. Due to its wide coverage, long endurance and the capability to loiter in the AOR, use of UAV can be exploited with synergy of effort. Multiple payloads will allow this vehicle to locate and designate hostile emitters, with live video streaming for any Commander to decide and shape the battle. The present usage of this platform is a stepping stone for more complex and interwoven air campaigns in which UAV will be the eyes of any commander. A Predator type of armed option will further enable reducing the OODA loop to near real time engagement in the battle field.

…growth of the UAV fleet of the three services is likely to increase by 100 per cent in the next five years and nearly fivefold in the next decade. With several UAV manufacturers waiting to flood the Indian military and civilian markets…

Based on requirements projected by the Armed Forces, UAV designers and manufacturers in Europe and the US are already working on common architecture to enable System Interoperability. Induction of similar UAV Systems by the Indian Armed Forces has accentuated the need for standardised system architecture for all existing and future UAV Systems. Since the three Services are presently operating UAV manufactured by a common OEM, all ground stations, data terminals and their architecture are similar. However, growth of the UAV fleet of the three services is likely to increase by 100 per cent in the next five years and nearly fivefold in the next decade. With several UAV manufacturers waiting to flood the Indian military and civilian markets in the years ahead, a requirement of interoperability with common standards/architecture is the need of the hour. Standardisation resulting in effective interoperability would help find solutions to issues such as constraints of bandwidth, airspace management and mobility. Standardisation would help in focussing effort and create competition, which are two crucial elements, needed to accelerate technological progress. Standardisation will help in reducing training costs, decreased programme risk, increased interoperability and lower operating costs.

Next are the present limitations of reliable navigation and seamless data-link. These are prerequisites for the UAV to undertake complex missions aimed at manoeuvring in a restricted tactical area with limitations of terrain and in urban areas. It is practically impossible to obtain a miniature, lightweight solution which operates over relatively long ranges and can be used as a robust, autonomous system. While using ground based data-links, the Ground Control Stations (GCS) and their Data Terminals have to be sited to give maximum unhindered coverage. Though this aspect could be ignored in flat, open terrain, it assumes significance in areas with uneven terrain/tall buildings or trees in close proximity of the GCS site. LOS limitations may also dictate deployment of additional GCS in forward locations to observe targets.

However, this may not be feasible in a rapidly changing tactical scenario. Satellite data-links also have inadequate indoor/urban accuracy due to multi-path signal, refraction, diffraction, sky-wave affects and absorption. In UAV operations, an enormous amount of data exchange is inevitable. During this process apart from reliability, secured communication, protocols also become extremely essential. Therefore use of multiple paths for transferring data from the controller to sensor to the recipient, would enable seamless exchange of data ensuring success of the mission. Towards this, a ‘Multiple Path User Network (MULPUN)’ would need to be put in place. This network could utilise the existing hardware for dedicated data-links and add-on satellite data-links, as well as create a VPN using existing cellular networks and portable convergence routers.

With increasing numbers of UAV both in military and civilian use, airspace management is another challenge which will need to be addressed. Since military UAV like the Global Hawk are flying in air space common to Civil Aviation traffic, FAA and Euro Control have already drafted regulations to help in air traffic management. Developing on the concept of ‘sense and avoid’, Russia has also issued instructions for UAV operations, based on the use of transponders using Global Navigation Satellite System (GNSS). In order to understand the nuances, a concept of Optionally Piloted Air Vehicle (OPAV) is being developed.

Think of a scenario wherein a wanted mastermind is celebrating a successful terrorist attack and regaling the celebrity status in media coverage. Suddenly clutching at his throat, the mastermind is gasping for air, with death moments away.It is something in between a piloted aircraft and UAV. While Bell Company has a helicopter OPAV already flying, so are Russian ‘Irkut-850’ and German Stemme S-10 VT fixed wing OPAV. These not only serve as excellent ‘flying laboratories’ to explore newer technologies and concepts, but also help in solving issues such as certification, standardisation and formulation of air traffic regulations. Since the UAV are quite susceptible to adverse weather conditions, OPAV could also help in developing procedures and limits for weather penetration.

With increasing number of such platforms there is this aspect of Airspace Management. One of the major causes of losses of aircraft over Afghanistan has been collision with smaller, low-​flying UAVs. Israel had to pay special attention to this aspect during the war in Lebanon in 2006ah, which witnessed crowded skies with combat aircraft, helicopters and UAVs generating over 400 sorties a day in a small area of operations. Some of the countries have therefore incorporated IFF on UAVs for airspace management, an aspect the IAF needs to also consider expeditiously.

As it approaches its centennial in 2018, unmanned aviation points towards an impressive future. Think of a scenario wherein a wanted mastermind is celebrating a successful terrorist attack and regaling the celebrity status in media coverage. Suddenly clutching at his throat, the mastermind is gasping for air, with death moments away. In the ensuing chaos, none has noticed a small honey-bee like flying creature firing a poisoned dart; controlled remotely from thousands of miles away.

May be fiction now but with nanotechnology and other capabilities like solar powered flutter wings and multiple communication channels, it may not be too far into the future that one could witness a scenario such as this.

A fighter pilot and former Vice Chief of Air Staff.

3 thoughts on “The Future of Next Generation Unmanned Aerial System”