The Chinese are coming! 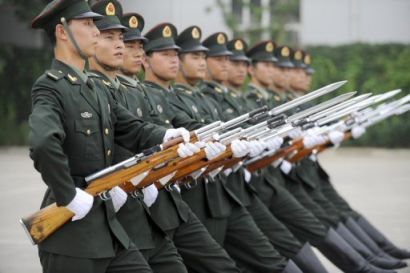 The Dragon has emerged from its lair with a vengeance.

A senior Indian army officer was denied an official Chinese visa on the grounds that he was commanding in Jammu and Kashmir, a disputed territory according to the Chinese.

The Chinese occupy considerable amount of territory in Ladakh, which they captured in 1962. They are now slowly making inroads into the Indus Valley and other areas. In 1963, Pakistan had illegally ceded some 5,000 square km (2000 sq miles) in the area of the Karakoram to China.

Pakistan is now reported to have handed over control of the major part of the northern territories to China. Media reports indicate that there are some 10,000 Chinese soldiers based in Gilgit on the pretext of protecting the widening work on the Karakoram Highway and the construction of a railway line to link east Tibet with the Pakistani port of Gwadar in the Gulf of Oman. 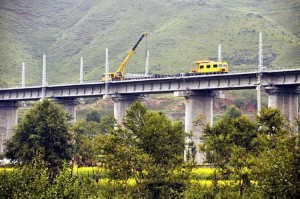 The Russians in the 19th and 20th centuries dreamt of a getting warm water port on the Arabian Sea. The Chinese seem well on the way to fulfilling this Russian dream.

The presence of Chinese troops in Gilgit is a matter of great concern. During the Kargil conflict, the five battalions of the intruding paramilitary Northern Rifles were maintained from Gilgit and thence from Skardu. There is a good road from Gilgit to Skardu. In pre-Partition days, road communications to Gilgit were along the Kargil-Skardu-Gilgit route. This section can easily be restored in a short period of time.

The reported presence of Chinese troops in Gilgit poses a serious threat to Indian road communications to Ladakh running through Kargil.

Any Chinese move through the Karakoram Pass will threaten our troops in Siachen and our base at Thoise. In the contingency of any future conflict with the Chinese, new areas of conflict in Ladakh will open up. I served in Ladakh for two years immediately after the Chinese invasion of 1962, and it also fell under my purview subsequently as Chief of Staff and Army Commander covering the northeast. During this period there were many incursions and incidents.

Keeping these factors in mind, there is an urgent requirement for another division and supporting armour to be raised for the defence of Ladakh and two more for the north east.

In the northeast, the Chinese may, after negotiations, reduce their claims from the whole of Arunachal to the Tawang tract and Walong.

Major Bob Kathing and his Assam Rifles platoon only moved to take control of Tawang in the spring of 1951. The Chinese had placed a pillar in Walong in the 1870s. They have built up the road, rail and air infrastructure in Tibet. It is assessed that the Chinese can now induct some 30 divisions there in a matter of weeks.

The increasing military collaboration between China and Pakistan is of growing concern, but we seem woefully unprepared for this contingency.

There is an urgent requirement for more artillery, firepower and mobility. More helicopters are also needed to ensure mobility. Mobility is a key factor in military operations. Mobility is necessary to obtain flexibility as also the ability to react in fluid operations. In order to ensure the means to react, we need reserves. These reserves have yet to be created.

The Air Force needs to deploy more squadrons in that region, since, unlike 1962, the Air Force will play a decisive role in any future operations.

The Chinese are also said to be re-establishing their earlier links with the Naga insurgents.

In 1974/75, I was in charge of operations that intercepted two Naga gangs going to China to collect weapons and money. The Nagas were then compelled to sign the Shillong Accord, and Chinese support for the Naga insurgents was put on the backburner. Twelve years of peace followed. But now, the Chinese, in collusion with the Pakistani ISI, are said to be in the process of re-activating their support of the Naga insurgents as part of an overall scheme to destabilize the north east.

The increasing military collaboration between China and Pakistan is of growing concern, but we seem woefully unprepared for this contingency.

The government urgently needs to expedite the induction of land, air and naval weapons systems and to build up the required reserves of ammunition and spares. In any future conflict, logistics will be of paramount importance.

During the 1971 war, it took me some six months to build up the infrastructure for the operations in East Pakistan. The requirements now are far, far greater. Modern weapons systems take a long time to induct and absorb. The induction of new weapons systems and build up of logistical backing should be initiated on an emergency footing.

At the moment, we seem to have insufficient resources to meet this contingency.

We are critically short of modern weapons systems and weaponry. No new 155mm guns have been inducted for some two decades.

During the limited Kargil conflict, we ran out of 155mm ammunition for the Bofors field guns. Fortunately for us, the Israelis flew out the required ammunition.

New aircraft for our Air Force are yet to be inducted. The navy is short of vital weapons systems. These shortages need to be addressed at the earliest.

There is no Soviet Union with its Treaty of Friendship to help us now [in 1971, the Soviets moved 40 divisions to the Xinjiang and seven to the Manchurian borders to deter the Chinese]. We have to rely on our own resources. We must show that we have the will and wherewithal to meet the emerging contingencies.

It is high time the government reappraises the emerging situation and puts in place the measures required to meet the developments, before it is too late.

7 thoughts on “The Chinese are coming!”