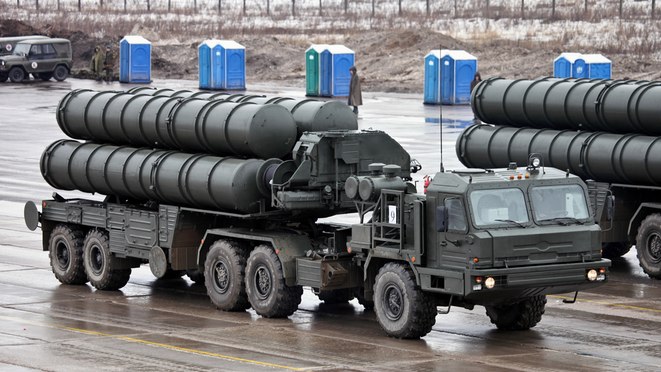 There is considerable euphoria in media over the US House of Representatives approving an exception from the Countering America’s Adversaries Through Sanctions Act (CAATSA) for India in connection with the purchase of S-400 air defence systems from Russia. The motion was passed by voice vote as part of an en bloc amendment during floor consideration of the National Defense Reauthorization Act (NDAA).

In his speech on the floor of the House of Representatives, Indo-American Congressman Ro Khanna, a Democrat who is the Vice-Chair of the Congressional India Caucus and member of the House Armed Services Committee, said that there is no relationship of greater significance to the US Strategic Interest then the US-India partnership, adding that it is necessary to affirm democracies, it is necessary to stop China’s border aggression, it’s necessary for us to lead in critical technologies. He also said that gives a sense that while building this relationship, we shouldn’t by sanctioning India under CAATSA and it also helps facilitate India getting more of their defence from the United States and not from Russia.

On August 2, 2017, the then US President Donald Trump signed CAATSA (Public Law 115-44) on August 2, 2017, which among other things, imposed new sanctions on Iran, Russia, and North Korea. In October 2018, India signed the $5.43 billion S-400 deal with Russia during the visit of Russian President Vladimir Putin to India. It is significant to note that from day one, India kept conveying to the US that acquisition of the S-400 air defence missile system is a strategic necessity – imperative for the defence of India especially against China with the latter also acquiring the same system.

But American officials in Washington, while visiting India, and in dialogue with Indian officials in various forums continued to mention, or rather threaten, that India was liable to be sanctioned under CAATSA for importing the S-400 systems – the perpetual Sword of Damocles hanging above India.

Incidentally, the US did impose sanctions under Section 231 of CAATSA on Turkey in December 14, 2020 for importing the S-400 systems from Russia. This was despite Turkey being a NATO member, training and arming the ISIS on behest of the US in 2012-2013, and acting as conduit for global jihadis-cum-terrorists to assist US-NATO operations in Iraq-Syria.

The US sanctions were imposed on Turkey in face of Turkish President Recep Tayyip Erdoğan planning to establish an Islamic Caliphate with himself the Caliph on lines of the erstwhile Ottoman Empire. America was also rattled with the close Russia-Turkey relationship. The US sanctions did contribute undermining the Turkish economy, which today continues to face a financial and economic crisis characterized by the Turkish lira plunging in value, high inflation, rising borrowing costs, and correspondingly rising loan defaults.

The timing of the US House of Representatives approving an exception from the CAATSA for India, four years after India signed the deal with Russia, needs to be viewed in the flowing backdrop:

The above should make it very clear that the US needs India more than it ever did. And therefore, the approval by the US House of Representatives at this point of time is no largesse. On the contrary it is a well calculated move that leaves the Sword of Damocles still hanging over India. This approval is only a recommendation to the White House because only the POTUS can grant the waiver. If the Biden administration decides to consider India’s case for a waiver, the US Senate will have to discuss it and take it up for voting. Once that is done, the President will sign it into law. This could take months since in between many procedural issues will need to be addressed.

In December 2021, US arms exports to India jumped from a meager $6.2 million to a whopping $3.4-billion; at a time when export of weapons from the US to other countries dipped to $50.8 billion in 2020 from $55.7 billion in 2019. The June 2022 data from our Ministry of Commerce and Industry shows that the US has become India’s largest trading partner, exceeding China with bilateral trade reaching $119.42 billion.

A significant caveat in the House of Representatives approval for the CAATSA waiver reads: “The United States should take additional steps to encourage India to accelerate India’s transition of Russian-built weapons and defense systems while strongly supporting India’s immediate defense needs”. This then is the crux of the American interests in India. The timing of this action also coincides with the Indian Navy engaged in the process of operational demonstrations by the French Rafale and the American F-18 Super Hornet, since it has to take a call on which should be the Navy’s fighter aircraft as an ‘interim arrangement’ till the naval version of the Tejas fighter aircraft is fully developed, tested and inducted. Naturally, the US would want the F-18 to be chosen to rake in the billions.

Finally, our media tends to go overboard with the Indo-American and Indo-British, be it Kamala Harris, Ro Khanna or Rishi Sunak. Admittedly they would not be anti-India like Mohajir Musharraf. But we need to remember that their loyalty lies with their respective countries.