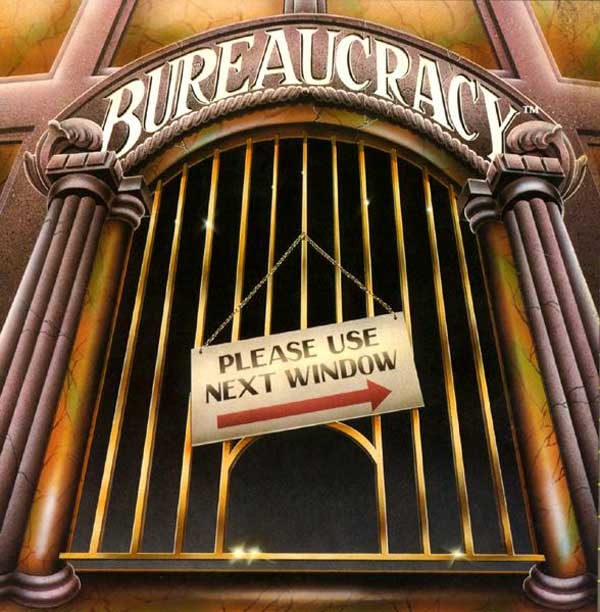 “Sadly, the society is not usually ruled by great men, but small ones whom circumstances have brought into positions of power”.

…irrespective of the kind of regime that might govern a state, the ruling class has no other option but to install a bureaucratic system and depend on it to rule according to the promises it makes and the mandate it enjoys.

There was a time when the term ‘babu’ was reserved only for the most revered beacons of the society. More colloquially, it was also a term of endearment, with loving wives, admirers and lovers addressing their ‘lords’ as such, and parents not tiring of naming their progeny as ‘Babu Lal’, ‘Babu Sona’, ‘Babu Saheb’ etc. Even in officious situations, it was the ‘Babu Ji’ to whom his retinue would defer. But alas, today that pristine sheen seems to have been tarnished by conjoined assault of insinuations, epithets and accusations from every quarter that is spearheaded by an impatient, over-zealous and judgemental media – notwithstanding the range of benefits that it receives from its favourite quarry – the ubiquitous ‘babu’.

There are three fundamental pillars on which that idea of a ‘state’ is built upon. These are: one, a geographically defined area; two, governance of the peoples in habitation therein; and three, the ability to protect its sovereignty. These are the fundamental ingredients ordained of a state which its rulers are mandated to nurture, strengthen and protect at all times. It is thus that monarchy sanctifies state laws and rules through invocation of ‘heaven’s mandate’, oligarchy does that by imposition of group diktats, dictatorship takes recourse to threat and punishment, while it is the majority ‘will’ that manifests in democracy. Further, past experiences of statesmanship enjoin the ruling establishment to apply its mandate in a systemic and consistent manner for its own benefit, and promulgate its intent through shaping of policy articulations over time. Next, in order to implement such policy articulations, systems, establishments and agencies have to be created, organised and deployed according to laws, rules of business and fiscal principles, which in turn have to be drafted with due wisdom and sanctified constitutionally by those who are competent to do so. Finally, as the trustee of peoples’ assets, every usage and expense by the state have to be planned, accounted for and audited with impassionate stricture. Obviously, at the delivery end of governance where the buck stops, there have to be the managers and executives of due training, experience and sense of purpose who could translate the state’s obligations into implementable realities.

In democracy, the burden on the bureaucracy is even more complex when it has to balance the ruling party’s political agenda with systemic prudence and propriety, and operate in the backdrop of the election cycle.

Therefore, irrespective of the kind of regime that might govern a state, the ruling class has no other option but to install a bureaucratic system and depend on it to rule according to the promises it makes and the mandate it enjoys. On its own part, the bureaucratic system has to function within the sanctified rules of business that overarches every aspect of governance – routine administration, planning, funding, execution, audit and renewal. More crucially, the system itself has to be first designed and rules of business formulated in the first place, and then allowed to shape up through regular course-corrections. Thus there have to be bureaucrats to operate the complex system of governance while continuously nurturing its changing facets through precedence’s, renewals and restructure. Indeed, it is due to the bureaucracy that the society functions in some order – supply chain, industry, transportation, works, law and order, the entire gamut of societal activities in fact – even if that order remains far from perfection. Obviously, bureaucrats have to be selected on account of their innate potential, trained in system operating skills and then decreed, under the ruler’s direction, to apply their matured mind, acumen and experience to the furtherance of the state’s responsibilities.

Indeed, implementation of the ruler’s agenda and so boost their ‘credit points’ is no simple matter, for the goals set are to be secured with what resources are at hand, on a time bound manner and without landing the rulers in serious societal, political or legal trouble. Performance of such a complex assignment requires the bureaucrats to devote a life-time of commitment to working with nitty-gritty’s and systemic nuances, a charter which is beyond the ruling class’s culture or competence to muster. In democracy, the burden on the bureaucracy is even more complex when it has to balance the ruling party’s political agenda with systemic prudence and propriety, and operate in the backdrop of the election cycle.

Bureaucrat’s  loyalty is to the system from which he draws his authority, and within that stipulation he is a guide and facilitator of the ruler’s ideas and agenda…

Bureaucracy has been indispensible in administration from the time the institution of state took shape. Some two thousand years back the Chinese Empire started selecting their ‘Mandarin’ class through competitive examinations, while other empires and republics picked up competent men of proven wit and wisdom, irrespective of their background, to shoulder the handiwork associated with ruling their realm. The bureaucracy, in return, has invariably been as efficient and balanced in their conduct as it could ever be under the given circumstances.

Mostly unseen and unheard but ubiquitous ever, bureaucracies have thus been running the system of governance from times immemorial: the ‘mandarins’ of the Chinese Empire, ‘amatyas’ of the Maurya and Gupta Empires, ‘prefects’ of the Roman Empire, ‘amirs’ of the Ottoman Empire, ‘mansabdars’ of the Mogul Empire, ‘civil services’ of the British Empire, and so on, for example. Indeed, these bureaucracies, by their wisdom, foresight and skills, held the systemic apparatus together to govern in line with the ruler’s policies, many times preventing, even chastising, frivolous rulers from undermining state institutions, occasionally even bringing themselves to grief in the process. Conversely, weak, corrupt or disloyal bureaucracy has ever been the prominent cause of a state’s decline and eventual collapse – mandarins of China’s Tang and Qing Dynasties, Messers Syed brothers of the Moguls, Talleyrand of Napoleonic reign and Macnaghten of the British East India Company are some examples of such aberrations.

The central role of bureaucracy in running governments has, by hoary tradition, given rise to its exclusive and universal ethics. In China, where formally constituted and recorded bureaucracy appeared first, that ethos is substantiated in its pristine form by the Confucian principles of propriety in decision making, rule of law, benevolence in service, harmony in management, strict system of reward and punishment, and self-effacement. Bureaucrats the world over, exceptions apart, grow into such ethos till it is ingrained into their collective nature. Thus crystallises the bureaucrat’s convictions that:-

The notions are somewhat similar, if exaggerated in subtle humour, as depicted in the BBC serial, ‘Yes, Minister’. Any matter that does not pass the bureaucrat’s wise muster is to be suspected for its intent and purpose, for he is the bulwark against all those sinister aspects which lurk to impinge upon state administration. In short, a bureaucrat sees himself as but a selfless missionary who is dedicated to the welfare of the state and its people, he represents the state; indeed, he ‘is the state’! Institutional intuition have taught a good bureaucrat that in any endorsement made in his ink, he must never let control go out of his hands; some strands of control must invariably be retained. The good motivation for that tradition is that being susceptible to human failings, all men are liable to misuse the authority delegated to them without oversight. Even if bureaucrats do not absolve themselves from such failings, they rely on their ethos and self-conscience to be the least likely to default deliberately – as one can see, that reliance is mostly correct. The latent conceit in never letting any matter go out of their control is that if let free, the delegated fellows would never have to submit again and again to bureaucratic benediction – bureaucrats shiver at the thought of being so marginalised!

…in many cases their conduct has not been above board, is due to political dilution of the bureaucracy and inducement of greed among them; bureaucracy by itself cannot be blamed for these ills.

Thankfully, there is much truth in the excellence of bureaucratic ethos. The closest example of celebrated bureaucracy is the Indian Civil Service (ICS), for it presents a classical example of an ideal bureaucracy. Its members, specially selected, trained, groomed and most importantly, trusted and empowered, stood up to hardships and deprivations of service in lands remote and violent to deliver just administration across the entire India efficiently, fairly and strictly, with little else but courage and native constabulary at their disposal. They were lucky in one respect; in times gone by, the desired leadership qualities in military and civilian services were practically the same, and when reinforced with military officers on deputation to the Political/Frontier Service, civil servants of British India rose to nurture the Empire in a manner that can only be considered as above-the-ordinary. Indeed, when shorn of compulsive cynicism, even today, most of our daily lives are facilitated by the labour of the members of mainstream bureaucracy, namely, the Indian Administrative Service (IAS) and the Indian Police Service (IPS).

There are numerous examples of young civil servants sticking to the hoary ethos of service by waging lone battles against ruthless mafia, armed desperados, unscrupulous politicians and sometimes even corrupt seniors. In doing so they have been exposing themselves to great dangers of abduction, murder, abrupt removal and even harassment. That in many cases their conduct has not been above board, is due to political dilution of the bureaucracy and inducement of greed among them; bureaucracy by itself cannot be blamed for these ills.

5 thoughts on “The bureaucracy eternal …”