The Art of Strategic Messaging and Video of Surgical Strike 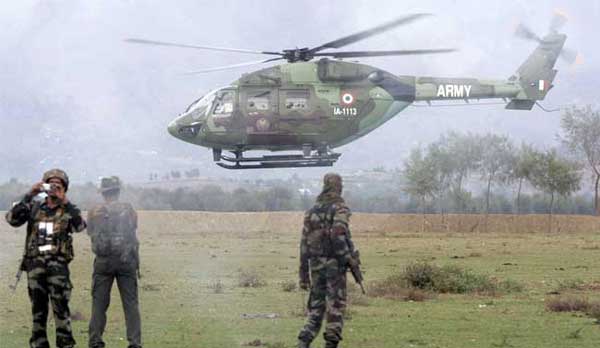 Government’s release of the video of November 2016 surgical strike has generated lot of political heat, with the current opposition accusing the government of the day of taking credit for army action for political purpose. It is both a case of short memory and sour grapes! Who can forget the political use of victory of Bangladesh war by Indira Gandhi for 1972 state elections that she swept! Margaret Thatcher,  widely expected to lose elections, made issue of Falkland war and rode to victory and in process transformed herself from ‘Thatcher the milk snatcher’ (nicknamed so due to her stopping school kids milk programme) to ‘Iron Lady’. President Ronald Reagan milked the ‘invasion’ of tiny Caribbean Island of Grenada (population 1 lakh and police force of a few hundred-no military) by mighty America in 1983! President Barrack Obama was also not found wanting in taking credit for the raid that went into Pakistan and killed Osama bin Laden, America’s No.1 terror target. Political leader taking credit for decision to use military force is par for the course world over. It is in a sense logical as well, as the politician also has to carry the burden of blame (and political costs) should the military operation fail! American President Jimmy Carter lost his presidency the moment his Operation Eagle Claw in Iran (April 1980) to rescue the embassy hostages failed!

There is a famous story about the battle of Tannenberg of World War I (August 1914) that resulted in destruction of a whole Russian army and Russia leaving the war. There were many claimants to the victory, Field Marshal Hindenburg, his chief of staff Luddendorff and even a junior officer Hoffman! At a party when Hindenburg was asked who ‘really’ won the battle of Tannenberg, his cryptic reply was, “ I am not sure who won it, but I certainly know who would have lost it, me!” PM Modi is well justified in taking credit for the bold decision to launch the surgical strikes, bellyaching by the opposition notwithstanding.

But that still leaves the question unanswered, why release the videos now? One answer has been that the BJP is laying ground work for the forthcoming 2019 elections. But elections are some time away and as Harold Wilson had once famously quipped “Even One week is long time in politics”. The other explanation is to do with the internal situation in Kashmir.  With the Governor’s rule recently declared, it is expected that the army is going to go all out to finish the terrorists in valley. The video is a timely reminder to Pakistan to not to escalate the matters on border. There is a great temptation for Pak to up the terror ante as elections are scheduled there in July. Terror attacks in India at this juncture and rise in tensions along the border will certainly help the ‘deep state’ (the Army) in Pakistan to ensure that its favoured party wins! The just started AmarnathYatra also provides a soft target for the terrorists. Release of the surgical strike video now is India’s way to send a warning across the LOC.

A larger point has been totally missed in all the ongoing debate on this episode, namely, India used paratroopers to attack some targets. This would have meant that Indian aircraft violated the Pakistani airspace and carried out the operations. Obviously we must have taken care of the Pakistani air defences as well as early warning systems. This capability is a grim warning to Pakistan what we are capable of. After all, the Pakistani strategic Kahuta nuclear and missile complex is just 80 kms from the LOC.

Deterrence doctrine relies on the will and the capability of a nation to retaliate to an attack. The surgical strike showed both our will and capability. The release of video would not have had the effect it has if the opposition would have ignored it. But luckily for us, the myopic opposition reacted in a predictable way and the issue has become a talking point. Publicity and controversy attending it will ensure, in this age of Globalisation, that citizens in Pakistan also would have seen this. Chipping away at the Pakistani popular support to terrorism is our strategic objective. The video does that without firing a shot!

In a recent interview, the former defence minister Mr. Parrikar, has mentioned that the most important consideration while taking a decision about the ‘declared’ strike was the possibility of escalation by Pakistan. Right from the days of Kargil intrusion in 1999, Pakistan has played on the Indian fears of escalation. This was one reason that the retaliatory attacks in the past were kept secret and were limited to single episodes. With the 2016 surgical strikes that were owned up by India, we have sent a clear message that two can play at the same game and India was ready and prepared for escalation to a larger conventional conflict if need be.

This is indeed the major gain from the earlier ‘defensive’ response to cross border terrorism. Pakistan knows well that an escalation to a larger conventional conflict is not in its own interest, because then the larger Indian conventional capability comes into play. The possibility of surgical cross border attacks is a better strategy than the ‘cold start’ doctrine that envisaged a conventional arms based thrust into main land of Pakistan.

Deterrence strategy depends on ability of the deterrershow will as well as capability, the videos achieves those objectives without firing a shot!