The visit to India of Mr. Jean-David Levitte, the ‘sherpa’ of President Sarkozy, during the second week of October was hardly noticed.

Monsieur Levitte is a very powerful man. In France, each and every file dealing with Foreign Affairs, terrorism or security comes to his desk. Recently, some voices were even heard in the Ministry of Foreign Affairs saying that he was the de-facto Foreign Minister of France and Bernard Kouchner was only here for the show. Levitte also acts as the unofficial National Security Advisor. 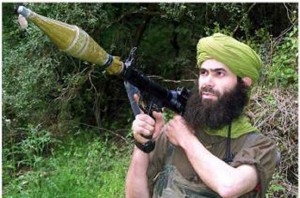 His visit to India was to prepare President Sarkozy who will be in Delhi early December (soon after the visits of Presidents Obama and Medvedev), but also to inform the Government of India of the serious terrorists threats faced by France (Paris has today several hostages in the hands of terrorist outfits in the Sahel region, Somalia and Afghanistan).

A few weeks ago, the world media widely discussed a Mumbai-type terrorist attack planned in Pakistan against Great Britain, France and Germany. Though the plans were said to be at an advanced stage, it was fortunately foiled by European intelligence services. The BBC nevertheless called it: “the most serious project planned by al-Qaida in recent years”.

But that is not all. On September 16, terrorists struck a blow to France in the far-away African state of Niger. Five French nationals and two of their African colleagues were kidnapped. Two of the French were employed by the French nuclear energy firm Areva (which will soon operate two plants in Maharashtra) and the other three by French construction company Vinci.

All five were working at an uranium mining site in North Niger in a place called Arlit. Areva gets more than 40% of its uranium supply from its mines in Niger, which incidentally is the world’s sixth largest producer of the radioactive heavy metal.

Already worried by the possibility of a terrorist attack on French territory, the French authorities immediately suspected the AQIM (al-Qaeda Organization in the Islamic Maghreb)

Already worried by the possibility of a terrorist attack on French territory, the French authorities immediately suspected the AQIM (al-Qaeda Organization in the Islamic Maghreb) previously known as the Safalist Group for Preaching and Combat (known by its French initials GSPC). For years, this Islamist militia has dreamt of overthrowing the Algerian government and instituting an Islamic State. But following a heavy crackdown by Algiers after 2003, splinter groups took refuge in the Tuareg regions of northern Mali and Niger. In September 2006, Ayman al-Zawahri, the al-Quaeda leader announced a ‘blessed union’ between the groups and declared France as the enemy.

The group is led by Abu Musab Abdel Wadud, the Bin Laden of the Maghreb, who is accused of killing a British hostage last year and a 78-year-old Frenchman Michel Germaneau in July 2010 (though his body has not been recovered so far).

The Spanish government is said to have recently paid millions of Euros to release two of its nationals captured by AQIM in Mauritania.AQIM’s main objective is clearly to attack French, Spanish and Algerian assets and personnel in the region.

Though Areva had engaged some private security agencies to protect its sites, it appears that the guards were unarmed and forced to leave the job to the Nigerian Army. According to an agreement with the Government in Niamey, 350 armed troops were to defend the site. 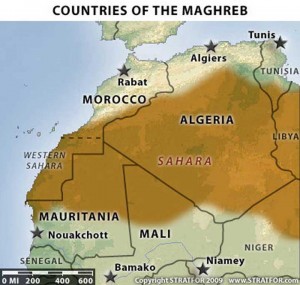 Soon after the kidnapping, the blame game started with the French company accusing the Nigerian authorities (apparently some ‘insiders’ helped the terrorists reach the spot and whisk the hostages away), while Idi Ango Omar, the Nigerian Home Minister declared that it was Areva’s responsibility to protect its own personnel. The Minister also criticized the French company for using former Tuareg rebels to protect its interests.

Later rumors circulated that the hostages had been taken to nearby Mali, forcing Paris to evacuate its nationals from the Saharan State.

While Luc Chatel, the spokesperson of the Government, stated “France will do everything to free its hostages”, he refused to answer whether Paris was contemplating a ‘military operation’.

A few days later, AQIM has officially claimed the abduction of five French nationals, announcing: “We claim responsibility for this blessed operation and tell the French government that the mujahedeens will inform it with their legitimate demands at a later time.”

In a voice message heard on al-Jazeera channel, AQIM spokesman Salah Abi Mohammed added: “We also warn [the French government] against any sort of stupidity.” He was referring to a military operation.

He continued: “Following the promise of our emir, Abu Mussab, a group of heroic mujahedeen, under the command of Sheikh Abu Zeid, succeeded in penetrating the French mining site at Arlit in Niger.”

A specialized blog (Secret Defence) run by the daily French paper Liberation said that the Special Operation Command has already sent a few hundred troops to Ouagadougou, Burkina-Faso’s capital to prepare a military operation to eventually free the hostages.

In any case, Paris faces a serious dilemma: if it pays a ransom, it creates a precedent (the Spanish did this a few months ago). It can only encourage the terrorists to do it again”¦

Ouagadougou is perfectly located, south of the desert of Mali and Niger. This force would have at its disposal about ten Transall C-160 or Hercules C-130 aircraft for ‘tactical transportation’, as well as two helicopters. Long-range Breguet Atlantique aircraft and a Mirage jet equipped with sophisticated monitoring equipment are also said to have been dispatched to Niger.

The French intelligence agencies seem to have been able to track the terrorists and the hostages as they were heading towards Mali.

In the meanwhile Al Arabiya TV announced that AQIM wanted France to repeal the ban on the burqa in public places and some 7 million Euros to free the hostages. The TV channel quoted unnamed French sources: “The abductors have unrealistic demands which Mali and France and could not accept.” Officially, Paris remained silent, saying that it has not received any demands from AQIM, though the Ministry of Foreign Affairs spokesman said that “no credit should be given to these rumours.”

In any case, Paris faces a serious dilemma: if it pays a ransom, it creates a precedent (the Spanish did this a few months ago). It can only encourage the terrorists to do it again and it will upset the Algerians who are battling hard against the terrorist outfits; if Paris decides for a military operation, it will risk seeing the hostages killed, like in the case of Germaneau.

There is no easy solution.

All this may seem far away from Delhi, it is however symptomatic of the spreading of the tentacles of terrorism in new continents, a fact India can only be worried about.

Interestingly, the Indian Home Minister P. Chidambaram, probably relieved from the incident-free CWG, will soon visit France to discuss terrorism and other matters of common interest with Sarkozy’s government. After Levitte’s visit, it will be an important trip considering that both nations seem to suffer from the same plague.

A few years ago, France and India decided to jointly address the terrorist threat; an India-France Joint Working Group on Counter-Terrorism was formed with the objective to strengthen ‘operational contacts’ in the face of common threats.

With the Red Alert is still on in France and India on a permanent one, a lot can be shared by the two nations.