“Thales have been partnering with the Indian industry, sharing technology and expertise...” Antoine Caput 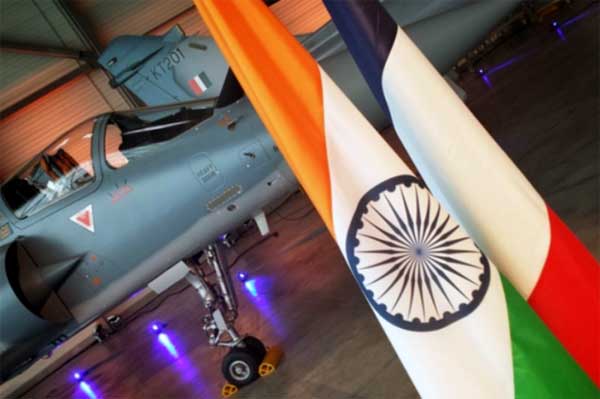 How is Thales working in the direction of “Make in India”?

Thales’ strategy is in line with the Indian government’s policy of ‘Make in India’ and developing the industrial defence base of the country. We have been partnering with the Indian industry, sharing technology and expertise for years now. Our association with Hindustan Aeronautics Limited (HAL) is over five decades old now and we have also been associated with Bharat Electronics Limited (BEL) for over 60 years. During this period, we have collaborated with BEL on many successful and critical projects to service the Indian Armed Forces.

Thales remain committed to India by significantly contributing to the growth of Indian aerospace and defence sectors and sharing technology and expertise with our Indian counterparts.

Further, we have also created a JV with BEL focusing on civilian and select military ground based radars. Our other JVs with Samtel and L&T Technology Services in the fields of military avionics and airborne sensor systems, and avionics software respectively too reinforce our commitment towards the country.

As part of our ‘Go to India’ approach, we have also been co-operating with the Indian private sector including large corporate players and SMEs to build transfer of technology and supply chain partnerships. Through this, we would continue to support the local industry in India and open up growth opportunities for them.

Please provide an update on the Mirage 2000 upgrade? What are your plans for India region? 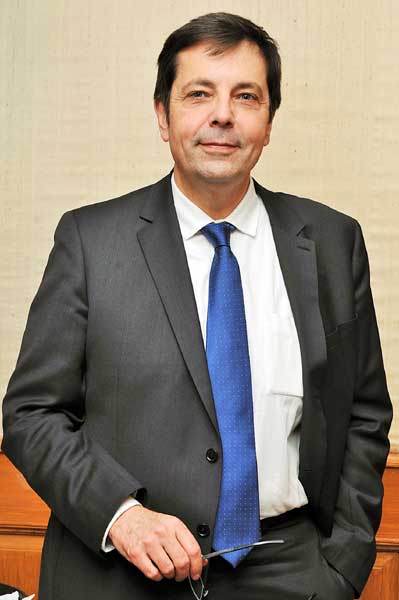 The upgrade will enhance the technical-operational capabilities of the Indian Air Force’s Mirage 2000. As a result, the IAF will have a coherent platform-system combination for the next 20 years. The IAF’s air potential will be further enhanced by the integration of new capabilities. These include longer-range detection across the entire spectrum, improved tactical situation awareness, longer-range weapon firing against multiple simultaneous targets, weapon stealth and an extended operating envelope with the capability to engage ground targets whilst countering airborne threats.

India is one of the most important growth markets for Thales and we continue to build on our long-standing partnership with the country. We remain committed to India by significantly contributing to the growth of Indian aerospace and defence sectors and sharing technology and expertise with our Indian counterparts. We look forward to further strengthening our presence in the country and capitalize on the promising opportunities in the Indian defence sector.

What are your solutions for the Indian Navy?

Thales has always been considered as a trusted supplier to the Indian Navy. We have been actively supporting their modernization efforts and continue to closely follow their requirement. Some of the contracts in the naval segment include long-range surveillance radars (LW08 and DA04), electronic warfare systems, among others. We will continue to further capitalize on the promising opportunities in the sector and strengthen our presence in the country.

Can you share details on your partnership with the Indian institutes?

Our strategy of collaborating with the Indian academic institutions and grooming talents is in line with the Indian government’s Skill India vision. Collaborating with the world’s most dynamic universities is a key aspect of innovation at Thales. In October 2015, Thales and the Indian Institute of Science (IISc) Bangalore signed an MoU for a jointly supervised IISc-CNRS PhD fellowship scheme. In January 2016, Thales signed an MoU with the Indian Institute of Technology Bombay (IIT Bombay) to create a jointly supervised IIT Bombay-CNRS PhD fellowship scheme starting July 2016.

What are the key technologies and systems that you would be showcasing at DefExpo2016?

Backed by over six-decade long legacy in India, Thales is all set to participate in the upcoming 9th edition of Defexpo 2016. Thales will showcase a wide range of systems and equipment designed to meet today’s critical needs of the armed forces at its Thales booth 5.1.1-b in Hall 5. The Thales booth will cover the following capabilities:

Thales has a strong global reputation and expertise in systems integration, commitment to partnership with local industries, and a proven track record of working with shipyards all over the world.

Land defence: A world leader in land defence systems, Thales offers its comprehensive tools to India’s land forces. These include interoperable land forces systems for C4ISR, vehicles and command posts; optronics, communications and identification means for soldiers; vehicles and tools for vehicle support in all types of missions; weapons systems and munitions, etc. Thales will be displaying a variety of such vehicle solutions and soldier modernisation systems at its booth.

Naval defence: Thales’s sensors, systems and communication solutions are built around the latest, fully proven technologies. The Group has a strong global reputation and expertise in systems integration, commitment to partnership with local industries, and a proven track record of working with shipyards all over the world. The Thales booth will showcase its capabilities in undersea sonars and radars.

Air defence: Thales offers armed forces worldwide a fully integrated air defence capability, from radars and C2 centres through to effectors and their respective fire control systems. Thales’s Advanced Air Defence offering is an integrated set of solutions designed to ensure timely decision-making and effective responses for the protection of military forces, key assets and citizens. At Defexpo, Thales will showcase the latest in missile technologies, radars and support systems.