Terror should not be allowed to revisit J&K 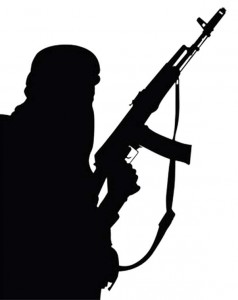 A spurt in terrorist violence in the Kashmir valley over the last few days has reopened the debate on the security situation in Jammu and Kashmir.

A barbaric terrorist attack in Shopian district of Kashmir on April 6 led to the death of three unarmed policemen. On the same day, two more attacks on policemen in different parts of the valley left at least one police officer, Ghulam Mustafa, critically injured, among others.

On March, 20 and 21, terrorists carried out two attacks in the Jammu region, the first on a police station in Kathua and the second on a military establishment at Samba. Four policemen lost their lives in the first attack.

Buoyed by the placid policy of the state government, the terrorists, under directions from their masters across the border, moved decisively to establish their writ.

Chief Minister Mufti Mohammad Sayeed believes that mollycoddling extremist and separatist forces and Pakistan will open doors for peace in the state. So strong is his belief that his first steps on assuming office were in this direction, regardless of the possibility of upsetting an already fragile coalition of his party with the Bharatiya Janata Party (BJP).

He also ordered the release of militant leader Masarat Alam from police custody and called for talks with Pakistan, and has now called for a phased removal of the Armed Forces Special Powers Act (AFSPA) from the state.

There is a widespread belief that Mufti Mohammad Sayeed has advocated a dovish policy in the initial euphoria of taking over as chief minister. In any case, it makes good political sense to offer a hand of friendship to all on forming a government. It was expected that he would carry out a course correction in policy in the wake of a belligerent response to his offer by both the terrorists and other divisive forces.

What came as a surprise was the refusal of the new chief minister to look at the security picture in a pragmatic and logical manner even after the terrorist attack. He stood firm in his resolve to push for his declared agenda.

The Pakistan-based terrorist leaders would have surmised that the passive policy of the chief minister would negatively impact the morale of the security forces. Direct attacks on them at this juncture would further dent their self confidence and make them vulnerable.

Buoyed by the placid policy of the state government, the terrorists, under directions from their masters across the border, moved decisively to establish their writ.

…the terrorist cadre operating in the state has been specifically instructed to target the security forces, especially the Jammu and Kashmir Police.

The recent attacks in the valley send out a clear message of their intent and capacity to attack at will across the state. It is also quite evident that the terrorist cadre operating in the state has been specifically instructed to target the security forces, especially the Jammu and Kashmir Police.

It is reported that the four policemen killed in Shopian were unarmed. The army standard operating procedures dictate that vehicles will move in pairs and with proper armed escort. If the police had followed a similar procedure, the policemen would not have lost their lives.

It seems that the policy of minimum force being enunciated by the existing leadership is leading to complacency within the police force to the extent of disregarding mandatory precautions.

A second reason for moving unarmed and in singles could be the lack of weapons, vehicles and equipment. If the latter is the case, then the question arises – if the Jammu and Kashmir Police does not have the infrastructure to protect itself, how can it be expected to protect the people if the army moves back to the barracks on revocation of the AFSPA?

The chief minister, instead of making political statements on the AFSPA and other such matters, should be restructuring the operating procedures of his police force. He is, after all, the Chairman of the Unified Command and the Jammu and Kashmir Police functions under his direct control.

Under the aforementioned circumstances, one cannot find fault in the agitation expressed by the BJP Members of Legislative Assembly (MLA) when their chief minister chose to speak of revocation of AFSPA a day after the terror attacks in the Kashmir valley.

Chief Minister must ensure that the hard work and sacrifice of the people of the region and the security forces in fighting and eliminating the curse of terrorism does not go in vain.

BJP MLA, Ravinder Raina, very rightly stated that the attacks are indicative of the security situation in Kashmir being far from normal. His demand for a motion to condemn Pakistan also stands to reason.

While commenting on the statement given in the state Legislative Assembly by Mufti Mohammad Sayeed, Congress spokesperson Abhishek Singhvi said, “Unilateral declarations like these are a recipe for disaster and should be avoided.”

One cannot but agree with this comment. The Congress can say all this because it did not succumb to pressure in the matter of security of Jammu and Kashmir even when its coalition partner and chief minister, Omar Abdullah, made similar demands of partial revocation of AFSPA.

Mufti Mohammad Sayeed should take cognizance of the opinions of other political parties (including the National Conference now) the security forces, the defense analysts and the academicians.

None are in favour of a hasty change in the security model in the state.

In case he wants a revocation of the AFSPA and other legislations, he must build a consensus, and that too, after creating a conducive atmosphere on ground. As a first step, he must concentrate his entire energy towards ensuring the development of the state and on strengthening of its security apparatus.

Chief Minister Mufti Mohammad Sayeed is a seasoned politician and must realise the gravity of the situation, and handle it with sensitivity.

He must ensure that the hard work and sacrifice of the people of the region and the security forces in fighting and eliminating the curse of terrorism does not go in vain.

More importantly, he must not do anything that even remotely creates the possibility of a revisit of the terrible terrorist violence that the people of Kashmir have been witness to and subjected to.