Home  >  News  > Homeland Security  >  Terror: Lessons from Paris and Beyond

Terror: Lessons from Paris and Beyond 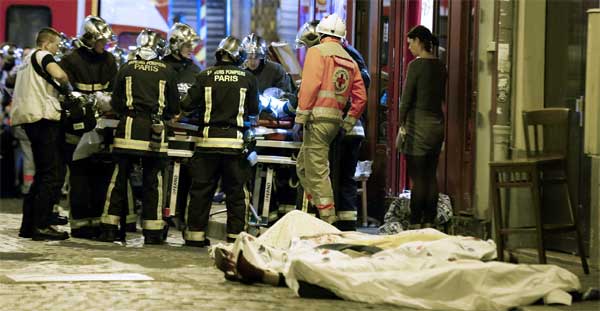 Apart from religious polarisation and the isolation of the human population on the basis of language, colour, religion or sect, a pattern that seems to emerge as the biggest threat is the isolation of communities within nations on the one hand, and internationally, on a bigger plane on the other, thus creating challenges both internally and at the global level. We run the risk of further escalation of hostile acts, contraction of humanity, international isolation based on religion and which side we stand in the so called “war on terror” as well as economies/natural resources which shall in times to come, become the centre of competition further escalating conflict. The future does not augur well for us.

Religion and politics have been known to play an important role in strategy for ages. The Neo Strategy which has an underlying aim of politics as we see it emerge, is once again cloaked in the garb of religion and given the name of terrorism. The world has seen two competing forces playing with each other – terrorism and counter-terrorism; state and non-state players in a power struggle which appears to have no end in sight.

In the ultimate analysis, populations will migrate into areas where they feel secure; into ghettos, colonies where they live in isolation from others…

Much like the Tank vs Anti-Tank weaponry and tactics, each of these has held centre-stage for years; the only difference being that in this game of power and domination, there are other forces and influencers – national strategy, economic resources, communities, religion, politics and poverty as well. An explosive admixture for trouble! Governments and so called non-state actors, fundamentalists, extremists, terrorists or whatever they are called, have compelled humans to live in fear! The world no longer remains the same.

Gone are the days when one could thumb a lift from a motorist at any time or when people could trust a neighbour, an employee, domestic help or a paying guest. The era of warm and trusting relationship on face-value has ended. Suspicion is the keyword for safety and should be too if one has to survive. Therefore, one now needs to look with suspicion at neighbours, paying guests, tenants, domestic help, unattended baggage, unusual activity, overdue car parking, odd life styles and many other aspects which are out of line.

Apart from religious polarisation and the isolation of the human population on the basis of language, colour, religion or sects, a pattern that seems to emerge as the biggest threat is the isolation of communities within nations on the one hand and internationally on a bigger plane, thus creating challenges both internally and at the global level. We run the risk of further escalation of hostile acts, contraction of humanity, international isolation based on religion and which side we stand in the so called “war on terror” as well as economies/natural resources which shall in times to come, become the centre of competition further escalating conflict. The future does not augur well for us. The indirect approach to strike at will against citizens of countries, which are cooperating in the ‘War against Terror’, will continue to be the future course adopted by Al Qaeda/ISIS. Frustration amongst some communities will generate home-grown extremists. Nations must, therefore, look inwards. Isolated incidents of violence using knives or automobiles in Europe and personal weapons in a weapon-liberal country such as the United States (US) will see a likely rise.

In the ultimate analysis, populations will migrate into areas where they feel secure; into ghettos, colonies where they live in isolation from others. As in France, where there are approximately 750 such localities, where the Muslim communities reside and such areas are not open to policing, so also in India there are areas called “Chota Pakistan” and “Hattas” inhabited by a particular community where even the police fear to enter, brings me to conclude that there is every likelihood of an exodus by those threatened in such areas to move into/out of various pockets/regions. What can we look for in such an eventuality? Religious polarisation leading up to conflict in areas such as Europe and India which has a very high percentage of Muslim population and an equal and opposite reaction in Islamic countries? Greater risks during travel, loss of privacy for the sake of security, changes in immigration laws and much more, given the intolerance to freedom of expression and even cartoons! The question is – have we taken the freedom of speech too far, so far as to ignore the other man’s sensitivity? Like India, France is also secular. Is freedom of speech and religious intolerance going to cost us our secular culture and spirit?

While one may comment on the polarisation of religion, the split within Islam too is likely to emerge as a growing challenge. While one faction might gain favour with the Western world, the other will not and this would in turn, drive a further wedge within the community itself. The danger is of one sect being referred to as ‘Good Muslims’ and the other as ‘Evil’ as has been the case with ‘Taliban in Pakistan or Afghanistan’ with reference to the US and the Pakistan government’s position from time to time of a ‘Good and Bad Taliban’.

Given the above situation, nations and leaders, both political and religious, need to tread with care and soften their clamour to propagate their faith, while people need to exercise tolerance. The need of the hour being tolerance, respect and solidarity as displayed by the French as well as the new cover conveyed by Charlie Hebdo “all is forgiven” even though it may sound utopian, it is a must. Immigration laws and code of conduct in Europe will undergo a change to become stricter, impose restrictions on the use of the hijab, turbans and other religious symbols. Crackdown on immigrant colonies will be carried out in various European countries to ensure that immigrants stay in line with expected norms of conduct as it happened in Italy, France and elsewhere as Europe copes to explore new strategy to contain the perceived threat from such colonies. The economic slowdown and jobless environment is likely to make the Governments take tough decisions in favour of citizens rather than immigrants or refugees.

Terrorists can strike at will on the target of their choice and the Paris attack exposes the fact that those who have the courage to speak freely about a religion may find themselves at the wrong end of the barrel. That security forces may find their families targeted as demonstrated in the Peshawar school shooting or the attack on the military camp at Samba, thus, raising questions and costs of security of homes, families, schools and crowded areas. Society offers a wide array of attractive targets in every city, making it prohibitive to ensure safety and security of citizens at each place at all times. Hence the need for an aware and proactive society and responsive police force. Small cells with limited and improvised weapons/munitions will be sufficient to raise hell and draw attention through the media to instil fear in the minds of the public while exposing weaknesses in the Government’s ability to protect their citizens. This brings me to the next aspect – intelligence.

Security forces will invariably find themselves on the losing side for want of operational intelligence. Thus the issue of security requires a balanced and holistic approach with an intermingling of civil society which comprises governments, citizens, media, technology and governmental institutions such as the police and Special Forces. Integration of technology involves the use of monitoring radio transmission, satellite, cell-phone, voice-over IP along with face recognition dove-tailed with target acquisition and designation from stand-off distances using drones. In the absence of each of these being well integrated to work in unison, terrorists will strike successfully imposing great costs to men and material. Therefore, the first step through

intelligence is prevention through measures of de-radicalisation. Next is operational intelligence leading to pre emptive arrests to foil strikes and of course, the need for response teams to track and hunt down the perpetrators.

Prevention is better than cure and for counter-terrorism, prevention can only be through subtle means such as prevention of radicalisation, fair and transparent policies to prevent disgruntled citizens, development of a good value system through education and finally, accurate operational intelligence. While technology will invariably be an asset, experience shows that even in the technologically advanced Western world, success in operations by security forces has been due to timely inputs by public and not through ‘electronic intelligence’ alone. The ‘Shoe Bomber’, ‘Underwear Bomber’ and the ‘Boston Bomber’ fooled every detection system! Humint will play a more important role for ensuring pre emption than credited with thus far. For this, there is a need for the police and the citizens to synergise. Resident Welfare Associations RWAs play an important role as do beat constables provided they are educated and integrated into the system. Neighbours need to ensure the safety and security of the neighbourhood.

A holistic approach for monitoring financial transactions, hawala, internet sites and social media needs to be worked out…

Technology as well as physical means must be fully integrated to monitor the activities of criminals as well as past offenders. Given the unscrupulous ways of terror organisations, they are more likely to employ criminals and disgruntled elements for achieving their nefarious objectives. A holistic approach for monitoring financial transactions, hawala, internet sites and social media needs to be worked out. Any site or hostile activity ‘must not’ be shut down, but be monitored closely. Shutting it down will deny crucial information. This leads onto the urgent necessity for training persons with expertise to read into such activities.

Small teams at the levels of police stations supported by an aware public, medical teams and BDUs have to be the norm rather than an exception. Surveillance by well-trained police personnel in plainclothes who can spot as well as report suspicious activities, is a must and much more effective than policemen seen loitering around in uniform. 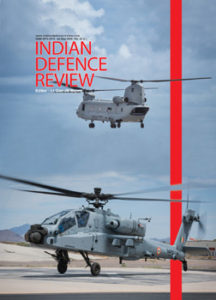 The most unfortunate aspect of any terrorist attack is that for the first hour or so, there the first responders are usually those under attack. This in turn leads me to suggest that some degree of basic training for all citizens on what to look out for, who to report to and how to respond to such emergencies, is a must.