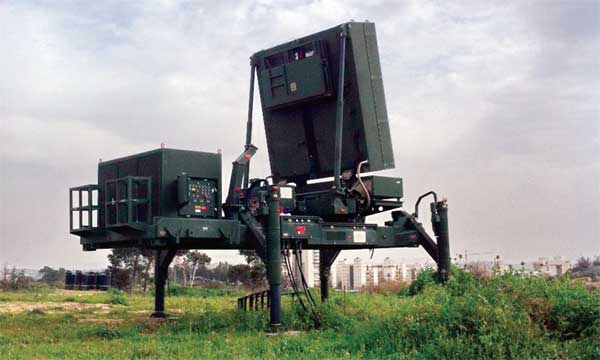 The use of EW in air combat is as old as the use of electronics in air combat albeit the hard kill reality of kinetic destruction with electronically guided missiles overshadows the abstraction of EW which foretells a hit or miss. Electronics is used in air combat for threat detection (airborne radars), target engagement (missiles with RF seekers), guidance of missiles and PGMs (data links) and situational awareness (high bandwidth data links). Electronic warfare equipment is designed to jam, disrupt or seduce through false target generation, adversary RF sensors.

Fighter aircraft use airborne EW to safely penetrate heavily-contested airspace by disrupting the under mentioned assets of the adversary:–

Air Forces around the world, including the IAF, use airborne EW in air combat. The extent to which they rely on airborne EW varies with every Air Force based on threat perception, posture, finances and leadership mindset. Western nations seeking air dominance over distant lands, ostensibly to enforce global order are heavily invested in airborne EW as it enables them to bring non-peer adversaries to their knees exclusively through the use of air power. The effectiveness of airborne EW systems is constrained by weight and electrical power output which needs to be compatible with the carrier aircraft. Typically, the effectiveness of airborne EW equipment is highly localised. Larger aircraft (AWACS, AEW&CS, JSTARS) with enough onboard power, can cover large chunks of territory. However, using such high value assets 24/7 can be challenging both operationally and financially as they are vulnerable to missile attacks by the adversary. Also, airborne equipment need to be developed and thoroughly air tested before being fielded, diminishing the equipment’s ability to adapt to changes in adversary tactics and electronic hardware.

Terrestrial EW systems represent disruptive asymmetric technology aimed at limiting the ability of an adversary to penetrate and attack the homeland at will. Ground-based EW systems are particularly effective in negating the advantage accruing from high value assets such as AWACS, AEW&CS and JSTARS. Russia, which cannot conceivably match the combined financial clout of the West, relies heavily on terrestrial EW system, while the West shows little interest, preferring to rely on more expensive and versatile airborne EW systems. Russia’s vast geographical spread is also a factor. Also, the expeditionary nature of Western military operations is not compatible with the bulk and weight of terrestrial EW systems. Expeditionary forces are loathe to use equipment that cannot be carried on a helicopter or Humvee vehicles because the existence of road or air transportation infrastructure cannot be taken for granted.

Deployed in combination, the above three systems would be able to cloak from radar-based observation and protect from precision attack hundreds of square kilometres of area on the ground by disrupting airborne radars, elevated ground radars, X-band airborne PGM guidance radars, GPS signal, RF seekers (missiles, glide bombs) and data links. The above systems are not new. The Krasukha system was first introduced into Russian service in 2015, and was reportedly used by Russian forces during their Syrian campaign. It is likely that the system has matured following operational deployment. Open source information published so far was not clear on the precise roles and capabilities of the Krasukha and Moscow systems, nor on their operational capabilities.

The Krasukha-2 system is designed for radio-electronic suppression of radars radiating in its operating frequency range.

It performs the following tasks:–

Based on its operating frequency, it would appear that Krasukha-2 system is intended to jam AWACS, AEW aircraft, AEW helicopters, Aerostats, SAR equipped UAVs and elevated ground-based radars at ranges of up to 250 kilometres. The elevation scan of zero to five degrees for the system needs to be noted.

The system is designed for radio-electronic suppression of aerial and space radars in order to protect ground and small airborne objects from observation. The Krasukha-4 performs the following tasks:–

The Krasukha-4 is designed to cloak ground and aerial targets from SAR equipped satellites and UAVs, X-band active missile seekers such as those fitted on air-to-surface and air-to-air missiles. The Krasukha systems differ from each other on account of the RF band that they operate in.

This system is designed to detect radio emission from airborne sources and determine the direction, signal characteristics and intended purpose of the emission. The signal detection system can be interfaced with a control centre using a radio or cable link or the system can autonomously monitor RF signals within its operating frequency in a designated airspace.

Based on official or reliable Russian press sources, it appears that:–

Opportunities for the IAF

The following are two good reasons for the IAF to consider acquiring ground-based EW systems from Russia.

Negating the growing PLAAF advantage: The PLAAF is already using airborne EW systems extensively. With each passing year, parallel to the increase in China’s GDP, the PLAAF use of airborne EW systems is likely to increase. Investments in ground-based EW would give the IAF an asymmetric foil against the inexorably widening gap in EW capabilities of our two countries.

Neutralising AWACS/AEW&CS: Airborne radars are force multipliers. Placed in the hands of a capable adversary, such as Pakistan, they can level the playing field in the face of numeric and technological advantage. The use of AEW&CS assets by the PAF on February 27, 2019, is a case in point. Procurement of Krasukha and Moscow systems would allow the IAF to more freely assert its numerical and technological edge. Visualise what would have been the outcome of the February 27, 2019, skirmish between the PAF and the IAF had the IAF deployed Krasukha and Moscow Systems along the LoC! They would have effectively neutralised PAF AEW&CS and airborne jammers!

Even if the IAF does not see any direct value in procuring ground-based EW systems, it must contemplate procurement merely to keep the systems out of adversary hands. As a purely defensive system, Russia would have a rationale to sell the systems to the PAF. Such a sale could adversely impact the strategic balance in the subcontinent. India’s current deterrence posture is based on an overwhelming response to any use of tactical nuclear weapons by Pakistan. Logically, the response would be counter force, targeting of Pakisani nuclear assets, so as to completely neutralise Pakistan’s capability to attack our homeland. Equipped with the road mobile Krasukha systems, Pakistan could deploy them to thwart our counter force response by cloaking their road mobile missiles. In this case, our overwhelming counter force response would merely end up depleting our limited deterrent.

There would also be adverse non strategic fallouts. The IAF’s inventory of ASMs and glide bombs with RF seekers, including BrahMos-A, Kh-31, NGARM, Spice and SAAW bombs, would be compromised to a great extent. Our options for a repeat of Balakot would be greatly reduced.

Keeping in mind the commanding Russian lead in ground-based EW, it would be logical for the IAF to procure such systems simply to prevent our adversaries from procuring them. A potential impediment would be the IAF leadership’s instinctive preference for a kinetic kill ability to ward off adversary aerial threats rather than a terrestrial EW ability to frustrate such threats.

One thought on “Terrestrial Electronic Warfare: The IAF’s Unexplored Option?”