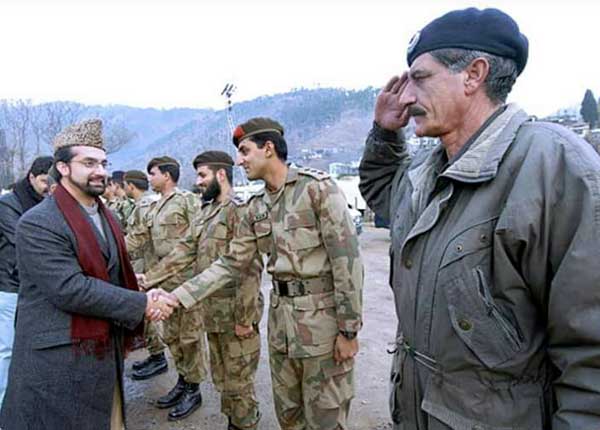 Speaking at a function on June 22, 2019, J&K Governor Satya Pal Malik asserted that the situation in J&K is changing and separatist Hurriyat Conference leaders were ready for talks with the Centre. He added, “The ones who turned back Ram Vilas Paswan from their door, they are now ready for talks. The stone pelting after namaz is almost over, we do not like it when a youngster dies. But when a bullet is fired, bullets will be fired in retaliation. That is the reality and this change in stance by them is a welcome sign.” He also acknowledged Kashmiri separatist leader Mirwaiz Umar Farooq for his statement in which he had expressed concerns over the growing drug crisis in the state. It may be recalled that on June 12, 2019, Malik had stated, “In every insurgency, there comes a time when fatigue sets in. That time has come in Kashmir.” This proclamation was almost immediately followed by terrorist incidents in Pulwama and Anantnag, and more terror incidents are continuing periodically since then.

There has been much excitement over the Governor’s June 22 announcement, especially with the inevitable political skullduggery preceding the J&K State elections as and when the Governor rule’s current six-month extension, unless extended again. Obviously, the state administration had been contacting the Hurriyat for talks not just the Governor’s open invitation, albeit the impression created was that Hurriyat was eager for dialogue. If latter was the case, Umar Farooq  would not have gone public to state on June 25 that the onus was on the Narendra Modi government to initiate dialogue with them.

More significantly, Umar Farooq told media that Hurriyat has not changed its stance and there is nothing new in the Governor’s advocacy for talks between the Centre and separatists. He specifically said, “Kashmiris being the most affected party for the past 72 years naturally want Kashmir’s resolution. Since its inception, when all separatists parties came together under one umbrella, All Party Hurriyat Conference (APHC) has maintained and reiterated that engagement and dialogue among stakeholders ……. Delhi can’t suppress the aspirations of people by resorting to militaristic approach.”

Umar Farooq is right in saying there is nothing new in the advocacy for talks between the Centre and separatists. Not only has this ‘sometimes off, sometimes on approach’ been adopted, NDA II pampered these separatists, permitting them hobnobbing with the Pakistani High Commission at New Delhi, granting them visas to visit Pakistan and to mix with Pakistan-based terrorists, Pakistani military, and attend anti-India rallies by terrorist organizations that were also attended by ISI cadres, both serving and retired. Much that Malik or the Centre may say that talks will be held within the ambit of the Indian Constitution, the harsh reality is that Hurriyat are “separatists” and they don’t believe in reconciliation within the Indian Constitution. They were, are and will continue to be directed by Pakistan. If Hurriyat refused to meet Ram Vilas Paswan on particular occasion, it would have been diktat from Islamabad.

NIA in late February this year, raided top separatist leaders in J&K   (Yasin Malik, Shabbir Shah, Mirwaiz Umar Farooq, Mohammad Ashraf Khan, Masarat Alam, Zaffar Akbar Bhat and Naseem Geelani), recovering incriminating materials and documents, including letterheads of different terrorist organizations with recommendations for a visa for admission in Pakistan educational institutions. Most significantly, a high-tech internet communication set and independent technical servers used for communications were also recovered from residence of Mirwaiz Umar Farooq, who was using this special internet communication for talking to his masters in Pakistan. The high-powered communication had a 40 feet long antenna which is in complete violation of all the rules and regulations in a sensitive place like Srinagar. Any other country would have prosecuted and jailed forthwith but this is India and threats to national security are viewed from the prism of votes and votes alone.

Governors traditionally have toed the government line without a whimper in order to keep their own chairs secure. Seldom would you find someone like Lt Gen VK Nayar who as Governor of Nagaland (October 1993 to August 1994) pointed out government’s wrong policies and chose to return prematurely. Satya Pal Malik’s predecessor let the situation in J&K deteriorate despite holding the appointment for more than a decade under different governments, with periods of state being under his direct rule.  Malik needs to acknowledge the ground realities. Hurriyat will continue to do the bidding of the ISI. Umar Farooq’s reference to “stakeholders” has always included Pakistan. He would be  party to the cross-border narcotics trade or at least a beneficiary.

For Pakistan, Hurriyat is only a sidekick; main hold being over other major political leaders in the Valley, especially Mehbooba Mufti and her PDP whose heart, mind and souls are with Pakistan. Witness the manner in which Mehbooba is welcoming talks with Hurriyat. Hurriyat does not represent J&K as they claim, only a very small segment. Besides, talking to Hurriyat or terrorists who have no free will is of little vaue. If Hurriyat is to be relevant at all, it should be after the two dynasties in the Valley are appropriately dealt with, including prosecuting those responsible for ethnic cleansing in the Valley.  Are our policymakers so naïve as to not understand these nuances?

Hurriyat is agreeing for talks would be for two reasons. First, buy time being under pressure from ongoing cases of ill-gotten wealth, and the 2015 case of funding terrorism. Second, directions from Islamabad to humour New Delhi while Pakistan itself is under FATF pressure and the economy is in doldrums. Economy, not terrorism is the present focus of Pakistan. Pakistan just announced its decision to stop borrowing funds from the State Bank of Pakistan in the next fiscal year after cumulative borrowing in the ongoing fiscal year doubled to Rs2.7 trillion as of June 14 compared to Rs1.43 trillion in the same period last year.

Army Chief, General Qamar Javed Bajwa is in complete control of Pakistan. As Hussain Haqqani recently wrote, Bajwa’s plan is not very different from his predecessors; Pakistani generals select insignificant or inexperienced politicians to serve under their stewardship but are compelled to get rid of anyone who becomes better known or starts accumulating political experience. Haqqani writes that military intervention is said to be the product of Pakistan’s political instability whereas, in reality, it is the source.

Bajwa has appointed Lt Gen Faiz Hameed as the new DG ISI. Hameed is a hardliner and from Baloch Regiment – same as Bajwa. Imran Khan is a titular head and clueless about most things. Many in his cabinet, appointed on behest of the army, had served on Musharraf’s cabinet. Ejaz Shah, a retired brigadier and Bajwa’s blue-eyed man is the Interior Minister of Pakistan and de jure member of Pakistan Development Council. Ejaz is notorious for his links with Taliban and Al Qaeda. To expect anything in Pakistan to change with respect to India would be the height of stupidity. India will continue to be the existential issue for Pakistani army.

Meanwhile, Imran Khan can be expected to continue calling for talks, with China chipping in periodically for its protégé – Pakistan. This would be accompanied by subterfuge like sharing intelligence, news about Masood Azhar dying, small-time terrorists jailed and the like. All this while Pakistan looks at ways to deflect the FATF, blames India for politicization of the issue, and appease the US aimed at Pakistan continues on FATF ‘grey’ list even beyond October 2019. After all US is still looking for honourable exit from Afghanistan. Besides, now is the time to activate the CIA-ISI links with US juggling the Taliban, Al Qaeda and Islamic State in Afghanistan?

US policy with respect to Pakistan is likely to remain ambiguous. But we need to acknowledge that Pakistan army is smarting with the Balakot airstrikes, and international pressure for which it would like to blame India. It will continue with terrorism, optimizing on the radicalization it has achieved in India; using cadres within India to keep the source ambiguous or blame it on ISIS / AQIS. Such strikes could include regions outside J&K and be greater in intensity.

India needs to take some hard decisions. There is no reason to delay removal of Article 35A. J&K could be trifurcated with assemblies of newly formed States of Jammu and of Ladakh immediately adopting resolutions for removal of Article 370, leaving the Kashmir Valley to be dealt with subsequently.

3 thoughts on “Talking to Hurriyat”