If there is one challenge that stares insurmountably in the face of Air Defence warriors today, it is the challenge of sustaining and keeping alive, guns, missiles, sensors and Battle Management Systems that are 40 to 50 years old. With the cumulative percentage of obsolescence of all Ground Based Air Defence Weapon Systems (GBADWS) raging at a whopping 97 per cent, the challenge here and now above everything else, is sustenance of a vintage inventory. In this grim situation, it is indeed a bit comforting to note that the above percentage is poised to come down a little bit keeping in mind the recent inductions in the field of sensors, Battle Management Systems, new target systems for live Air Defence firing, state-of-the-art simulators, training aids and above all, the commencement of the upgrades of mainstay weapon systems.

If there is one challenge that stares insurmountably in the face of Air Defence warriors today, it is the challenge of sustaining and keeping alive, guns, missiles, sensors and Battle Management Systems that are 40 to 50 years old. With the cumulative percentage of obsolescence of all Ground Based Air Defence Weapon Systems (GBADWS) raging at a whopping 97 per cent, the challenge here and now above everything else, is sustenance of a vintage inventory. In this grim situation, it is indeed a bit comforting to note that the above percentage is poised to come down a little bit keeping in mind the recent inductions in the field of sensors, Battle Management Systems, new target systems for live Air Defence firing, state-of-the-art simulators, training aids and above all, the commencement of the upgrades of mainstay weapon systems (L70 guns, Schilka weapon system, ZU 23 guns).

Various Subject Matter Experts, based on the current state of vintage and obsolescence of GBADWS have opined that the current arsenal will be incapable of countering the contemporary, as well as, the futuristic Air Threat. This realisation has led to a consistent effort on the part of the Ministry of Defence to revamp the GBADWS of the three services following a twin-track approach of upgrading the existing arsenal, as well as, induction of the new weapon and support systems.

Incidentally, the compulsion of sustaining vintage weapons inventory, is not only typical of us (though our percentages of obsolescence are much higher), countries around the world have been carrying on with their vintage inventory.

The compulsion to sustain an obsolete and vintage inventory is thus a worldwide phenomenon. In fact, no gun calibre, the world over, has ever been thrown away completely. Sweden, Italy and Singapore boast of their 40mm machine guns, M/s Rheinmettal is up and about with its 35mm, Germany, Greece and Italy perfect their 30mm, the Russian block with Poland, Finland and Belgium are going strong with 23mm and the French, US, Israel and Korea with 20mm.

The Challenge of Sustaining Legacy Weapons

Sustenance of legacy weapons is ridden with multiple challenges. Some of these are, as under:–

▶ After initial years of sufficiency, the paucity starts showing its ugly face (around the mid-life overhaul) and keeps becoming worse year-on-year, not only diluting the quality of overhaul but also, making the day-to-day sustenance increasingly difficult.

▶ Since in yesteryears, most legacy weapons came without the Life-Time-Buy (LTB) of spares clause, these measures got applied as the situation became more critical and equipment sustenance started becoming a challenge.

▶ With only a trickle of spares that actually arrive in a sporadic mode from the LTB route, following fait accompli measures start to get applied:–

▷ Cannibalisation from the part of inventory to keep alive the balance.

Foregoing the overhaul option and only resorting to ‘optimisation’, i.e. minimum maintenance to keep the equipment from becoming Out Of Action (EOA).

As regards the towed mainframe gun systems, very enabling upgrades are possible that give a lease of operational life to the weapon…

These are the type of grave challenges that stare the air defence warrior in the face. A possible way out is suggested in the succeeding paragraphs.

A Possible Way Out

As regards the towed mainframe gun systems, very enabling upgrades are possible that give a lease of operational life to the weapon. A typical L 70 gun upgrade involves removal of the vintage target laying systems and replacing it with an Electro Optical Fire Control System (EOFCS), complete with its day camera, night camera, laser range finder and fire control computer. Since the vintage ordnance cannot be retro-modified to receive the type of the cutting edge ammunition of today, which has built-in features of receiving round-to-round intelligence of instant muzzle velocity and resultant time-of-flight besides a palletised sub-munitions filling along with intelligent proximity-fusing for maximising the lethality and accuracy at the target end, optimisation of the existing ammunition is the way forward. In that, the conventional single charge Pre-Fragmented High Explosive/Tracer (HE/HE-T) rounds, as well as, the armour piercing rounds are replaced with rounds carrying Preformed Fragmented Cubes (PFFC) of tungsten material coupled with proximity fusing. Experience has it that PFFC firing is about 60 to 70 per cent more accurate than the erstwhile conventional ammunition.

Also, vintage guns have limitations up to which, the rate of fire can be ramped up. With modification in the buffer design and reducing the length of moving part trail sequence, it has been possible to reach higher rates of fire. In self-propelled guns, in addition to all the above, the vintage analogue radars can be replaced by the state-of-the-art digital phased array radars. These systems are not only more compact, but also, far more accurate in target tracking. Replacement of the erstwhile fuel guzzlers Gas Turbine Engines (GTEs) with fuel-efficient digital Power Packs, is another smart measure that enhances the power and mobility of the old war horses.

Another challenge faced by the legacy systems is night blindness. This void is slowly getting diluted as Thermal Imager/Forward Looking Infra Red (FLIR) based night sights are getting into place, making legacy systems night capable. The near absence of spares supply of legacy equipment is a major issue. Since the spares support in range and depth keeps drying up as the weapon ages, indigenisation of spares to the extent possible by any means including reverse engineering, is the way to go. Such an effort is the hope of the users. The challenge is indeed colossal.

SAMs, beyond designated/extended shelf lives are a reality to be faced. This challenge can be addressed along several routes as indicated below:–

Another practical approach is to phase out the total quantity order in small packages (as operationally permissible) over an extended time frame. This will keep the shelf-life alive for much longer periods. For this to happen, the immediate requirement could come along with the mainframe weapon system while the balance should be spread over a much longer period.

Finally a few points based on experience:–

▶ Like all ToTs, MToT is also a mind game. It does not happen ‘on file’ but by total hand-holding till complete indigenisation is achieved. Co-development/co-production/buy-back are the key words.

▶ The maintainer must be taken beyond Build to Print (BTP) and Build to Specification (BTS) to the ‘know why’ in specific areas.

▶ The normal tendency of the OEM to keep that last bit of ToT up the sleeve for a perpetual dependence has to be fought through. 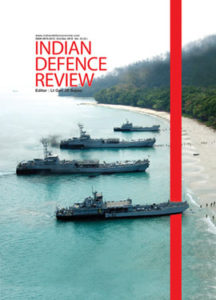 The aforesaid was an attempt to flag the huge challenges being faced by the Air Defence warriors. The reality is that while the upgrade of weapon systems will happen at their own ‘slow and steady’ pace extending into many years end-to-end and any new induction of weapon and support systems must wait for the procurement cycle of seven to eight years to unroll, the problem here and now is to keep the current weapons operationally relevant till all or some of the above happens.

To that extent, it is to the credit of the users as well as the maintainers of GBADWS under whose care and concern, weapon systems of 40 to 50 years vintage, which have long passed their operational life and which are being sustained with minimal overhaul and repair in a severely spares-starved environment, are still firing straight and achieving their designed Single Shot/Cumulative Kill Probabilities (SSKP/CKP). However, this in no way dwarfs the challenge of here and now.