Submarine Ahoy – Whither to Bound? 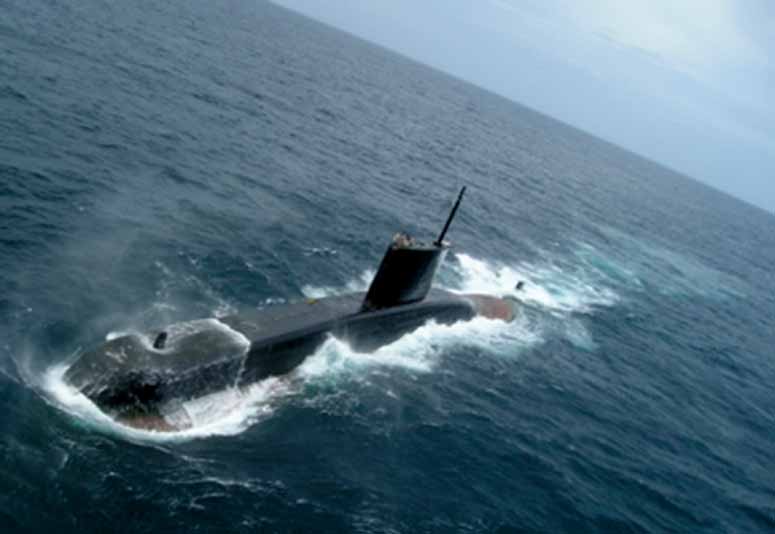 The MOD’s 1997 proposal for a 30-year s/m building programme got CCS endorsement only in 1999. It consisted of a long term plan for indigenous construction of twenty-four s/m over a period of thirty years. In 2002, Admiral Madhvender the incumbent CNS, is reported to have commended the recent decision of the government to go ahead with the 30 year s/m building plan. He further added that during the first ten years there will be licensed manufacture of s/m. Subsequently, it will be completely indigenous presumably meaning, indigenous design and production.

The Indian Navy’s (IN) submarine arm, which was founded in December 1967, is at the cusp of its Golden Jubilee year. It has now crossed several significant milestones such as:

– Full range of refits for I641 s/m up to Medium Repair of the boat and Capital Repair of all machinery and equipment on board.

– Extended modified MR of Sindhushastra is in progress.

It is proposed here, to take stock of the overall status of the Arm and attempt to give a prognosis of the way forward.

After a prolonged struggle to convince the government of the necessity for a s/m arm – eventually, early in 1960s, the government conceded to send a core team of selected officers for s/m training to HMS Dolphin Royal Navy (RN). Even, at that stage – there was no commitment to acquire a s/m. The Pakistan Navy (PN) had already inducted the PNS Gazi acquired from the USA.

By the time the government decided to acquire s/m from UK – the changed international/local political environment and the deteriorating financial situation in UK resulted in the latter declining to release the s/m that the IN had set its sights on. That was the turning point on the historical relationship between the IN and the RN.

The Soviets had meanwhile been working overtime to wean the IN away from the RN. In 1956, during President Khrushchev’s visit to India, he offered to meet the IN’s entire requirement. In 1963, Marshal Malinowski the Soviet Defence Minister again reaffirmed the offer. During Raksha Mantri YB Chavan’s visit to the USSR in August 1964, his delegation was taken to sea in a s/m.

Eventually, the Agreement was finalised in August/September 1965, which included four, I641 s/m and the s/m support vessel type 1886M. INS Kalvari was inducted into the Navy on 08 December 1967. Thus, heralding the formation of the Submarine Arm. Additional four I641K s/m were inducted into the service between 1971 and 1975.

A comprehensive scheme for Transfer of Technology (ToT) for base maintenance and repair of the s/m formed a part of separate Agreements.

By that time, the s/m arm had matured and honed its operational and on board maintenance skills including operational deployment on the maritime Eastern, Southern and Western seaboards. The submarine operational authority SM8 and SM9 were also in place at Vizag and Mumbai respectively.

The task for implementing the Project Report was assigned to Rear Admiral Bhandari as the Director General Naval Project (Vizag).

The specification for each machinery and equipment provided in the Project Report for the respective facility and the selection thereof was made by the professional Directorates with the Chief of Material at NHQ. The detailed technical assignment for the transfer of repair technology for each and every machinery, equipment and ship system was also finalised. Progressively, suitable technical officers and dockyard supervisors were carefully selected and deputed for training in the USSR. On their return, all of them were assigned the task, in the respective shops in ND (V). As the DDME (Soviet Acquisition) at NHQ, the author was responsible for this task, for all engineering facilities. Thereafter, in the mid-1970s, he was appointed to the ND (V) initially as the Production Manager and later as the Senior General Manager (Refit) to operationlise the DY.

Separately, a dedicated composite team of all disciplines were in parallel deputed, to Dal Zavod, a Soviet shipyard in Vladivostock for s/m Medium repair training. Lt. Commander Ravi Bhatia was a key member of the team. On his return, he took charge of the s/m fitting shop and steered it through Medium Repairs (MR) of INS Khandheri. Later, R Admiral Bhatia became the CMD of the Mazagon Dock Ltd. (MDL) and was responsible for re-energising the s/m yard for taking on construction programme for the Scorpene s/m.

During 1976 to 1979, the small Base Repair Organisation at Vizag [BRO (V)] was converted into a fully fledged modern Dock Yard [DY] capable of undertaking all major refits of Soviet-origin ships and s/ m. Progressively skilled workforce was recruited to augment the complement. New trades and skills commensurate with the tasks in hand had to be inducted and the DY Apprentice School reoriented, to take on the additional skill/disciplines.

Meanwhile, Mr Malshin, a very capable and dedicated Director of s/m repair facility at Dal Zavod, along with a multidisciplinary specialist team, was also deputed to ND(V) to coincide with the commencement of Khanderi’s MR. Each specialist had come with a mandate to ensure complete ToT. Man for man, each tradesman, in all disciplines, was required to be brought up to mark. As for the Dal Zavod practice, they knew that they would not be relieved till their wards/opposite numbers from the DY were fully trained and the job completed satisfactori ly. This exercise was taken so seriously by the Soviets that at the termination of Malshin’s tenure, he was sent back to Dal Zavod in disgrace and demoted. He was thus penalised for the delay in completion of MR of Khandheri due to no fault of his. The task of ToT was fully implemented, other than the fitting out exercise. That was, entirely due to delay in supply of the material for requisite pressure hull repair scheme.

An MR exercise is considered more complex than building a new s/m. During the MR of INS Khanderi:

Such an extensive, in-depth, exercise on ToT was unprecedented in India. It would seem a great shame that such expertise acquired at immense effort and considerable expense was allowed to be frittered away. It could also be, that the DY was unable to cope with requirements of the expanding Eastern fleet and had to by compulsion consider, off-loading immediate 877EKM MR arising to Russia and in parallel try and create alternative means indigenously. With that objective in mind, HSL a loss making Ministry of Shipping shipyard was taken over as a Defence sector shipyard. Accordingly, in 2004, the INS Sindhukriti, an 877EKM boat, was allotted to HSL for MR.